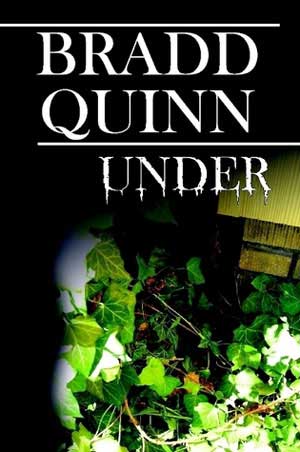 “As he glanced from face to face and the silently stared back, he could sense that he was going to be the last to see what was by that garage. Like Jacob was the only one who hadn’t jumped down the rabbit hole yet. It was as if they envied him for a moment… Jacob felt like he had to sh*t”

As somebody that spent, or misspent depending on your point of view, much of his youth face deep in various underground music scenes, I never cease marveling at the confusingly dichotomous attitudes toward self-publishing. In the independent music scene, it is a badge of honor and proof that you are too damn street and hardcore for a label system that is too insular and divorced from the public to understand real music. You’re a rebel, bucking the system and plowing new fields of artistry on your own. Hell yeah! But in this here writing game, you are a talentless hack who shouldn’t be allowed anywhere near a computer. The aging punk rock crusty bastard in me wants desperately to fight that image and apply the music model to the written word, despite a few too many very negative examples from the so-called “vanity presses.” Thank Nyarlathotep and BradD Quinn for Under and the bit of light and hope in this emptiness.

Obligatory plot summary: The citizens of a small town are torn apart in their homes one night with no reasonable explanation, leaving tons of news and Internet speculation but no real answers. Now we have Jacob Drake living with his wife and child in a cozy bit of small town suburban utopia (hehe) who is starting to see the same signs that were showing up in that other town. Time to check out that horrendous stench under the deck…

So lets get the expected negatives out of the way: No editor= typos galore. Well, yes, there are tons of typos including one huge typesetting issue that confused the crap out of me. But I have to respect the fact that Brad deals with this directly on the dedication page, turning it into a treasure hunt. At least he has a sense of humor and some big hairy balls. No editor also= no outside feedback to help refine the product. Once again, true here. There is a tad too much repetition of specific phrases, the staccato style that pokes out on the second page feels really clunky, some specific phrases are overused redundantly, his method of setting up some later instances is a tad too obvious and clumsy and he repeats things a bit too much for my taste. Also, self-published authors can’t put together a decent story to save their life. This is where I disagree regarding this book.

Brad has put together an impressively tight and tense tale of home and neighborhood invasion that I simply could not turn away from once I got started. His King-influenced method of establishing normality while insinuating a slowly but steadily growing threat is marvelously executed to impressive effect. The characters come across as honest, believable and carry a real sense of personality to them and the town itself has a culture and personality to it makes it come alive for me. Despite the short, extremely clunky section I mentioned earlier, his writing style is smooth and evocative, a little witty, pretty damn mean when he needs to be and descriptive without getting bogged down in minor details too often.

Oh, did I mention before that is a flippin MONSTER story? No cliched vamps or zombies either. Just some ugly meanies out there in the dark drooling over our bones and flesh. So few people are writing honest-to-goodness monster tales right now that I go gaga everything I the chance to sink my own teeth into one. Just look back at my review of Abominations for more gushing on this subject.

But, really, what matters is that he managed to get me completely invested in the plight of Jacob Drake and I needed to know how it all turned out for him and his family. For a few hours of my life, nothing else existed. That is all I ask for in a good story.

So it isn’t Shakespeare, or even Simmons, it’s a damn fun read that at the very least could go head to head with much of the recent output of Leisure and I am very much looking forward to his future work.