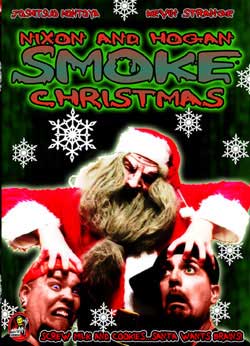 It’s Christmas eve in Strangeville. The demented duo, Nixon and Hogan, have asked Santa for some sweet, sweet Yule tide weed for their favorite holiday. Unfortunately, Santa mixes up the Christmas weed with Voodoo Zombie weed and smokes himself undead! Now it’s up to our dim-witted heroes to finish Santa’s delivery route or face the end of Christmas as we know it!

What is Nixon and Hogan up to this time? What else …looking for that good ol smoke weed! It also just so happens that this year Santa has an aching for some down home himself and accidentally smokes some sort of Voodoo zombie weed turning him into a puffed-up zombie. He is forced to lay low while he sends the 2 on a mission to deliver his last 3 presents. Meanwhile Santa is getting all kinds of tang from the local hotties. Nixon and Hogan of course take on the mission in return for a special gift from Santa. If they can get their hands off their d*ck pieces long enough to get into motion, they “might” just be able to help.

Nixon and Hogan set out to deliver and meet a few really odd characters along the way. Not to mention terrorizing the local bible thumpers by flashing them some good ol butt hole eye candy. In Nixon and Hogan’s world though anything is possible…… turning into demons, crossing interdimensions, battling monsters, getting lots of demon sex….you name it.

Perfect anti-heroes? No not quite…more like the numbskulls of an imaginary suburb that seems to exist in a universe of its own. Is Santa in danger of being overtaken by the jealous weed witch Sasparilla ?…yep…. that too complete with local babes turned pig face minions ready to swat your ass with there octo-demon arms a swinging. Maybe if she’s successful every day can become Sasparilla day!!!

Hack Movies delivers em raw….both in production and dialog, so you might want to remove your grandma from the couch during screenings. CGI is cheesy and makeup is somewhere just above thrift store….but hey…. now that you know that ….sit down with some smoke weed and let it roll. The film is directed by Kevin Strange, a gutter Picasso…with his usual band of mixed up toys helping along with production. If you’ve visited with these boys from there previous films, you know what to expect. If the accents don’t make you laugh then their extremely perverse dialog will.

These 2 promise alot of fun with plenty of beer slamming humor. If you need more strangeville fixes you can also check them out in there previous film “Cock Hammer”. The Hack movies team churn these products out pretty regularly so you can always stop by their site to order this one. 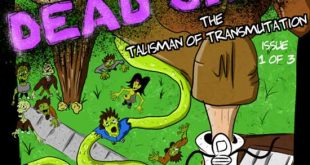 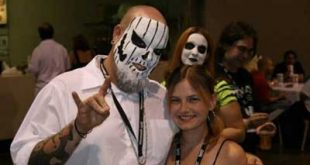