Has The Callisto Protocol Become the Best Horror Video Game of 2022? 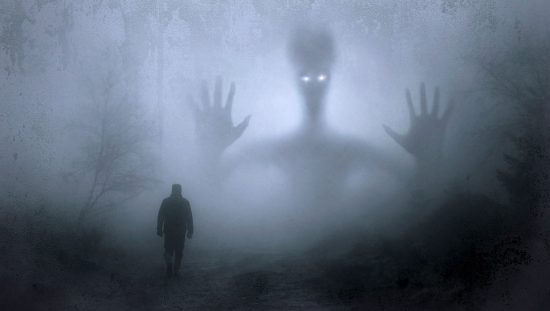 What is The Callisto Protocol?

The Callisto Protocol is a brand-new video game that’s brought to you by Glen Schofield – the same director that helped to co-create the Dead Space Series (Dead Space from 2008 and Dead Space 2 from 2011). If you enjoyed playing either of these fantastic horror-themed video games, then you also need to check out The Callisto Protocol, which arrived in early December and is already being hailed by players and critics alike as one of the hottest new horror video games of 2022. Let’s take a quick look at some of the stats:

Although you can’t play this game at Unibet casino, there are plenty of other horror-themed games to check out, such as Halloween Jack from NetEnt, Champion of the Underworld: Gigablox from Yggdrasil Gaming, Curse of the Werewolf Megaways from Pragmatic Play, and Zombie Queen from Kalamba Games, to name just a few great games.

More information about The Callisto Protocol and useful tips for playing

One of the main aims of this game is to try and escape a maximum-security prison known as Black Iron Prison while attempting to reveal the prison’s dark secrets. There are eight different chapters of varying lengths to complete, and none of the chapters can be skipped. It’s not an easy game to play, so here are some useful things to remember.

When taking down your enemies, don’t just aim for headshots because they can still attack you even when they don’t have heads or when they’ve been shot in this part of the body. In other words, try to eliminate as many other limbs as possible to ensure the baddies can’t get you. Also, whenever taking down an enemy, don’t forget to stomp on them afterwards to obtain collectables, such as in-play currency known as Callisto Credits, as well as health and ammo. You can eventually use your currency to purchase weapons upgrades, and with improved health and weapons, you will be able to last a lot longer in the game.

Ammon can be hard to come by, so you may also want to get good at grabbing and throwing your enemies to save some ammo. To take them out of the game, you can throw them at spikes on the wall or any machinery that’s close by. Don’t forget that you can also buy ammo from reforge stations, not just weapons, and make sure that you remember to upgrade the stun baton because it’s an important weapon in this game.

If you enjoy playing The Callisto Protocol video game – one of the best new horror video games in 2022, and want more similar horror-themed games, then you may also like to try some of these other iconic titles too. Some of the hottest titles out there today include Alien: Isolation (2014), Resident Evil Village (2021), Until Dawn (2015), Outlast (2013), Amnesia: The Dark Descent (2010), and Silent Hill 2 (2001).