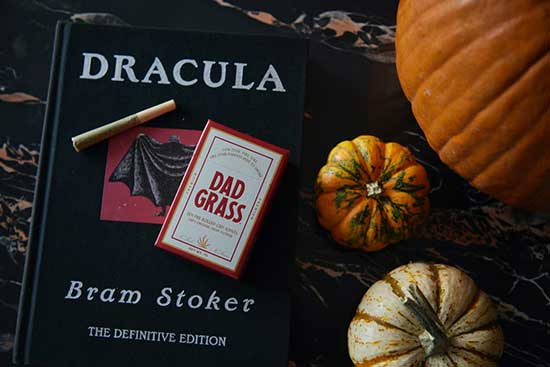 Since Bram Stocker’s novel, vampires have entered the pop culture, they can be found in movies, books but also in video games. We bring you a selection of video games featuring vampires, on various platforms. If you like to play by browser, don’t panic, there are even best video slots with horrific themes!

Sharp teeth, bloodlust, pale complexion… Apart from that, vampires tend to change a lot from one game to another. Will the stake be effective in this or that game? Do they fear the light in this one? It’s a pleasure to discover the different gameplays that are set up to defeat the creatures of the night. And conversely, when you play them it’s always a promise of power and challenge. It’s hard to choose between being a hunter or a vampire, so we simply kept both in this list.

Castlevania: Symphony of the Night

Castlevania is a mythical RPG/platformer saga where the Belmont clan (vampire hunters) confronts Dracula. Symphony of the Night is considered by many as one of the best video games of all time. It differs from the previous opuses by its non-linear level design. We find Richter Belmont, the good guy from Castlevania: Rondo of Blood who has turned to the side of evil, and we play as Dracula’s son, a human/vampire mix. There is a lot of drama in the lore and a lot of gameplay possibilities with the metamorphoses, the different weapons and the special powers.

Lift the veil on the gothic world of the Van Helsing game series, and plunge into the timeless depths of a sordid universe. Bastions shrouded in mist once held back a horde of nightmarish creatures. But these monsters have returned to fulfill their desire for conquest and death. You must stop them from invading Borgovia. Choose your hero and defend the Silent Forts: use, rebuild and upgrade ancient traps and magical machines.

In this game, there are two types of vampires: the lower and the higher ones. The former are monsters without intelligence, while the latter can take human form. Superior vampires don’t need to drink blood to survive, but if they do, they get the life force of their victims and become stronger. On the other hand, they are likely to become addicted. They can also become invisible, hypnotize, turn into bats, and fly during the full moon. Only some of them are vulnerable to money and they are insensitive to holy water, crucifixes and garlic.

Nosferatu: The Wrath of Malachi

Tired of RPGs? Nosferatu: The Wrath of Malachi offers you an FPS alternative. Between creepy music and screamers, the game takes you in a very spooky atmosphere, where you find yourself stuck in a mansion that you can explore in any direction you want. The twist is that the architecture of the mansion changes every time you play. You can choose to shoot the vampires with a stake, a crucifix, holy water, or big guns, but some of them can only be killed with a particular weapon.

The Xbox version is considered by many as the best game adaptation of the series, all titles included. And it’s understandable, considering the combat possibilities: kicking, staking, shoveling, etc. Moreover, there is a puzzle/exploration dimension that takes you to places known from the series. The graphics have aged, but if you still have the first Xbox, this is a good opportunity to bring it back.

Code Vein is an RPG developed by Bandai Namco. To survive in a post-apocalyptic world, the characters must renounce their humanity and become vampires. They must control their bloodlust to avoid going mad and becoming monsters. This game subtly mixes dystopia, vampires, and Japanese anime style. It has an open world and is based on a gameplay inspired by Dark Souls.