young married couple moves to a secluded area to cope with the wife’s terminal illness. As the wife’s condition gets worse, the husband’s growing detachment from her forces him into a tumultuous relationship with a local teenage girl whom he rescues from a sexual assault.

QUICK FIX:
Susan has terminal cancer, so her and her husband Henry move to a secluded house in the middle of nowhere hoping she’ll get better, but if not, to spend their last remaining days together in peace and quiet, far away from the troubles of the world and necessary modern conveniences like decent phone reception or SyFy Saturdays. While out jogging one morning, Henry winds up rescuing teenaged Alicia from a local lunatic in mid-rape, and is guilted into watching over her by the local Sheriff until the proper social service rep can get up there to ship her off to competent family members out west. As Susan’s condition worsens, Alicia’s crush on Henry grows stronger, and thus starts a sexual conflict Henry wasn’t counting on when he got up that morning. Will he give in to jailbait temptation, or shun her advances and prove that he is a worthy, caring husband?

RAMBLINGS:
So many innuendos to throw in there, so little time. Ok, just one – “Fifteen will get you twenty, and that’s alright.” – Jimmy Buffet.

Sometimes, you just have to toss in a bit of levity to defuse such serious subject matter. Judging from my lengthy “quick” synopsis, one would think that this is not a horror movie at all, but one couldn’t be more wrong. Granted, it’s not torture p*rn or the creature feature of the week. Hell, I only remember a drop or two of blood in the whole 99 minute running time. But give me a well done storyline that actually makes me think (yes, once a month or so I’ll allow myself to think) and keeps me guessing till the final frame, and I could give a frog’s fat ass about blood or body count.. No folks, DARK WOODS is realistic, emotional human horror in its finest form.

Tracy Coogan (ZOMBIE HONEYMOON, THE DEVIL IN THE KITCHEN) is still my favorite Irish export (even more so than their whiskey) of all time and one of the best damn actresses working in the indie scene these days that just isn’t seen enough in my own humble opinion. She’s an underground Scream Queen (who can actually act as well) just waiting for the right moment to fully bust up to the top of the food chain where she belongs. Bring on ZH2 already, dammit!! John Muscarnero as her husband Henry blew me away with his emotional range and ability to hold things together. I’ve never seen him in a movie before, but I look forward to seeing what he’s got next. I must also point out his almost unbelievable resemblance to Simon Pegg in this flick, but I mean that as a sincere compliment! Mary Kate Wiles pulled off the confused/jealous/horny/Florence Nightingale-syndrome-suffering teenager Alicia perfectly. James Fucking Russo (BEVERLY HILLS COP, PUBLIC ENEMIES) was a shock to see in this movie, but also a very welcome surprise – I’ve been a fan of this dude for over two decades, and even though I felt his character of Sheriff Demming wasn’t used nearly enough for my tastes, it was awesome to see one of my favorite character actors show up in a smaller-scale indie production and bringing his own brand of coolness to every scene he was in. The man can convey more emotions with one tiny facial expression than many other “seasoned” actors of today can with a 15 minute speech.

First-time feature director Michael Escobedo was the editor on Dave Reda’s BIT PARTS, a flick I immensely enjoyed when it hit the light of day a couple of years ago so the guy was already in my cool book, but he shows here that he’s got what it takes behind the camera as well. Taking his eye and tag teaming it with writer/co-star Muscarnero’s twisted vision in his script, and you’re only asking for success. They took a premise that’s fairly familiar and could have easily resorted to camp to lighten the mood or wallowed in its own misery and become very boring very quickly, but they picked it up by its haunches, humped it into submission, and made it their bitch!! Mark my words, these guys are future talents to keep your eyes on.

LAST WORDS:
It’s not every day, or even every month for that matter, that I will have such high praise for a cerebral psychological thriller with no blood or nudity that makes me actually use my brain on my day off, but DARK WOODS is a horse of a different feather. I cared about the characters. I even felt like I knew the characters. I was completely engaged with this movie through all of the build up and the final twists and turns up to the very last frame. As of this writing, the film is currently in search of proper distribution, so keep your eyes on the news and watch for the release date. Hopefully it’ll get the big screen love that it deserves. I just have one thing left to say – if you don’t watch DARK WOODS, you’re only cheating yourself out of seeing a very tight, emotional, downward spiral of a thriller. 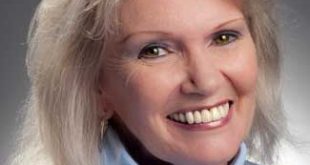