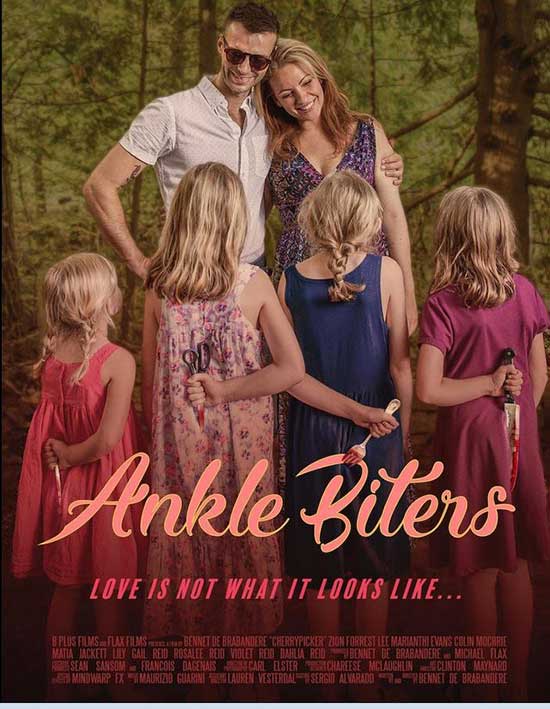 Sean, a pro hockey enforcer, has fallen in love with Laura, a widowed mother of four young daughters. When Laura’s children mistake an act of lovemaking as an attack, they plot to protect their mother at all costs and with horrific results.

From what I’ve learned this was originally called, CherryPicker but Ankle Biters hits different. The tagline for this movie is, “Love is not what it looks like.”

Sean Chase is a hockey player. He’s revered and loved. His parents, Mr. Chase (Michael Copeman) and Mrs. Chase portrayed wonderfully by Jani Lauzon picked up ashes in the beginning of the movie. There is a funeral, and then they tell this unique story which started five months earlier.

There have been quite a few bad kid or demonic kid films like The Good Son, The Omen, Children of the Corn, Orphan, Village of the Damned, Better Watch Out, The Bad Seed, We Need to Talk About Kevin, and Eden Lake.

Laura Haywood (Marianthi Evans) is head over heels in love with Sean (Zion Forrest Lee). They get hot and heavy, into light S&M with mild erotica.

Sean (Zion Forrest Lee) reminiscences his story on how met the woman he wants to marry Laura. Laura has four girls. Four little not-so-nice kids. They appear nice for like a second, until they are throwing a worm down a sewer. Serial killers in the making, meet Lily (Lily Gail Reid), Violet (Violet Reid), Dahlia (Dahlia Reid), and Rosalee (Rosalee Reid).

Before the vacation, Sean and Laura visit Mr. and Mrs. Chase where Sean tells his parents how he met the love of his life. Sean goes to pick and Laura and her children.

We meet Officer Brian played by Gareth Moyse is funny in this role.

So, Laura and Sean go to spend their summer vacation together at his family’s place. They arrive and these kids want to kill everything besides just worms, they get spiders… everything. It’s like little Jeffrey Dahmer’s just walking around. 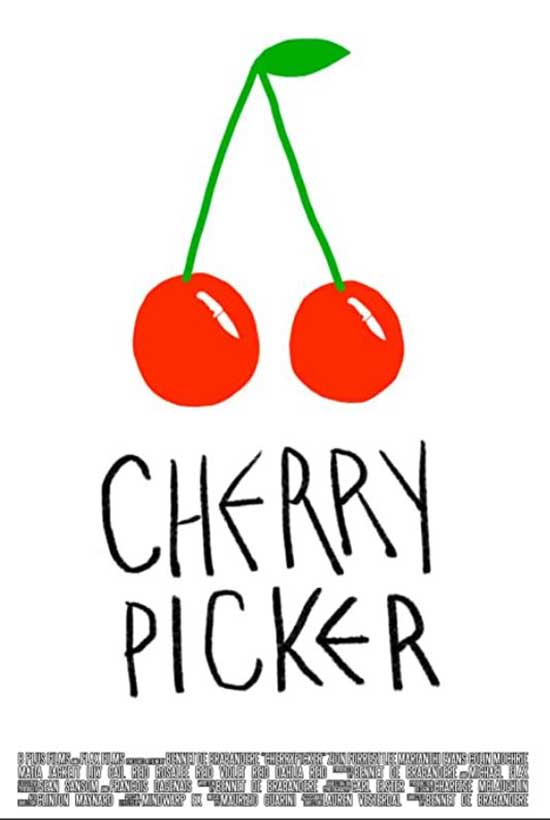 These kids are serious, the movie barely started and they are plotting, plotting the demise of Sean. Maybe these kids should join the kids from Children of the Corn. So, right away the kids find Sean and Laura’s bag of fun stuff. People forget that just because kids are kids, doesn’t mean they don’t know stuff. They pick up on fighting and more.

The neighbor’s daughter has a thing for Sean, Matia Gaddis (Matia Jackett). Her parents showed up earlier, Anthony (Doru Bandol) and Caprice (Maria Sant’Angelo), and they are ready for a picnic.

Laura and Sean go to the lake with the neighbors and the kids. Matia has an odd crush if you will on Sean while the ankle biters are plotting his demise. Matia decides to go and sit with Laura, she wants to add one more, “wow you have so many kids” comments. 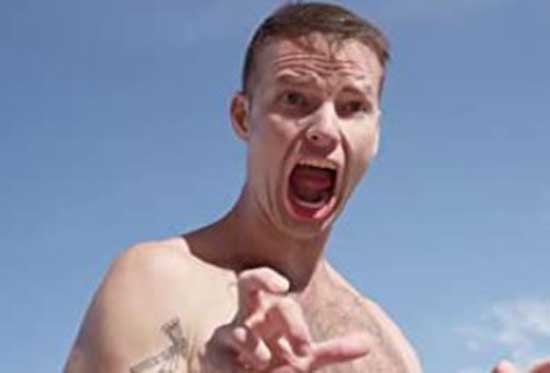 Matia is going to babysit the kids for Laura and Sean. They are going to dinner or to have wild sex in a hotel room. Same thing. The babysitter, Matia is left alone with these kids. WOW! I’m not sure who is worse, Michael Myers or these kids?! So, something happens and things get out of control. These kids are just plotting. Towards the end they even kind of put some fear into the one sibling that doesn’t quite agree with her sisters.

Ankle Biters was funny and it was something different. I had a feeling about the ending but wasn’t sure. The kills and the make-up effects are pretty crazy. They did a good job. Marianthi Evans does a good job of truly being serious. This is why you should explain stuff to your kids.