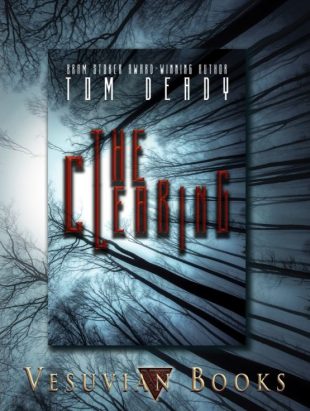 The Clearing from Tom Deady
In 1972, sixteen-year-old Jeannette DePalma was murdered, rumored to be the victim of an occult sacrifice by a local coven of witches. Inspired by the speculation surrounding DePalma’s death, Tom Deady incorporates that “what-if” into his new Young Adult novel, THE CLEARING (Vesuvian Books, Aug 10, 2021). Though set in present day, Deady’s latest novel harkens back to the rise of occultism in the seventies and the “Satanic Panic” of the eighties. The story also touches on race and cultural class divides. – www.tomdeady.com/ 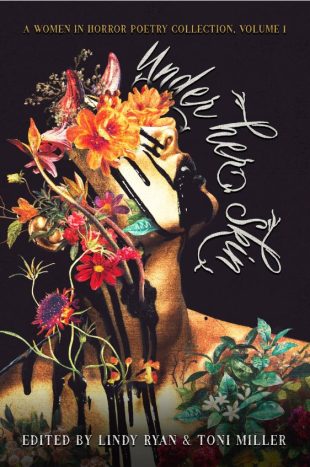 Under Her Skin from Lindy Ryan
Black Spot Books presents its inaugural Poetry Showcase, UNDER HER SKIN [Black Spot Books, April 5, 2022], featuring the best in never-before-published dark verse and lyrical prose from the voices of Women in Horror. The inaugural collection features work from Bram-Stoker Award® winning and nominated authors, as well as dozens of poems from women (cis and trans) and non-binary femmes in horror. – vesuvianmedia.com/black-spot-books/ 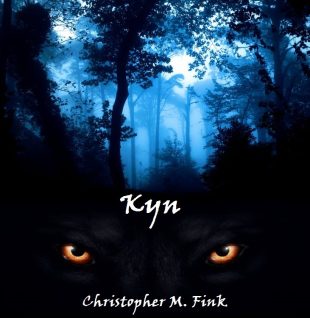 Kyn from Christopher M. Fink
Centuries after their tyrannical reign, the Lycan exist now in dwindling numbers at the end of their bloodlines. Very little remains of their lineage, and as they have adapted throughout the years, they now live amongst the humans they once ruled over. Some, like Darrus Ashwin, have made a normal life for themselves, enjoying the comforts of a family living. Not until his true nature calls to him, does Darrus need to escape to spare his family the truth about what he really is. – www.amazon.com/dp/B09GRSTB3P/ref=sr_1_2?dchild=1&keywords=Christopher+M+Fink&qid=1632232443&sr=8-2 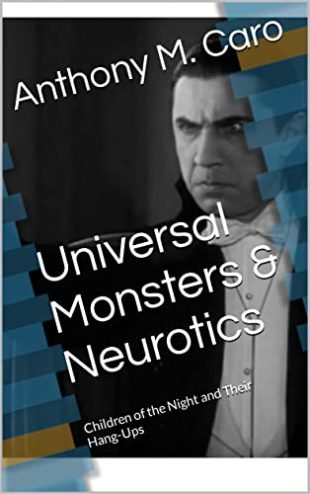 Universal Monsters & Neurotics: Children of the Night and Their Hang-Ups from Anthony M. Caro
Is there a human side to the classic Universal Monsters of the 1930s and 1940s? Yes, and it suffers from many psychological hang-ups. Dracula’s lost social status, the Frankenstein Monster’s abusive childhood, The Wolf Man’s inner turmoil, and the Gill-Man’s empty desire motivates their malevolent actions. See the “Creatures of the Night” all together and explore what terrors lurk after opening the mind’s casket lid. – www.amazon.com/dp/B09J1WYWM7/ref=nodl_ 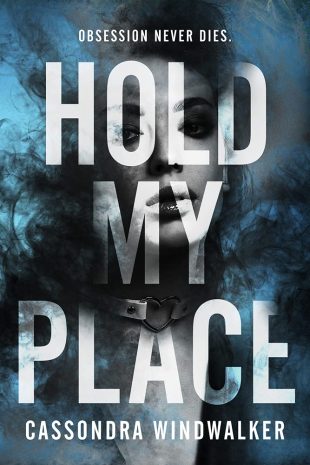 Hold My Place from Cassondra Windwalker
When librarian Sigrun falls head-over-heels for the sophisticated and very married Edgar Leyward, she never expects to find herself in his bed—or his heart. Nevertheless, when his enigmatic wife Octavia dies from a sudden illness, Sigrun finds herself caught up in a whirlwind romance worthy of the most lurid novels on her bookshelves. Sigrun soon discovers Octavia wasn’t Edgar’s first lost love, or even his second. Three women Edgar has loved met early deaths. As she delves into her beloved’s past through a trove of discovered letters, the edges of Sigrun identity begin to disappear, fading into the women of the past. – www.amazon.com/Hold-My-Place-Cassondra-Windwalker/dp/164548100X 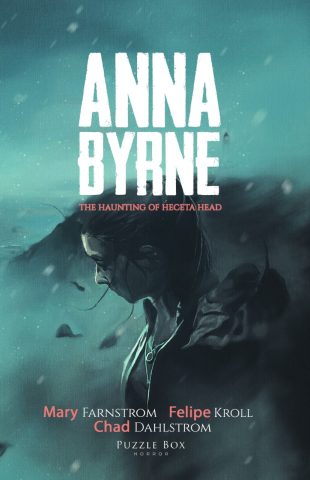 Anna Byrne Issue #1 from Chad Dahlstrom
Something is different about Anna. Something has always felt different but she never really knew why. Since almost drowning at the age of 7 Anna developed a macabre obsession with the supernatural. Anna is drawn to haunted locations that she cannot explain, until now. In the first issue of Anna Byrne we follow Anna to the haunted Heceta Head Lighthouse where she meets an unexpected companion, learns about her connection to the underworld and faces one of her worst nightmares. – horrorhubmarketplace.com/shop/anna-byrne-1-the-haunting-of-heceta-head-lighthouse/ 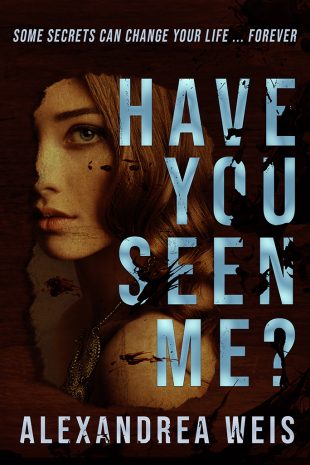 Have You Seen Me? from Alexandrea Weis
Lindsey Gillett is missing. And she’s not the first girl at Waverly Prep to vanish without a trace. To help cope with the tragedy, new history teacher Aubrey LaRoux organizes a small student investigation team. But when the members start turning up dead across campus, Aubrey suspects there’s more going on than anyone is willing to admit. The murdered students all had something in common with Lindsey. They shared a secret. And what they uncovered could threaten the future of the historic school. At Waverly Prep, someone wants to keep the past buried—along with anyone who gets in their way. – vesuvianmedia.com/have-you-seen-me/ 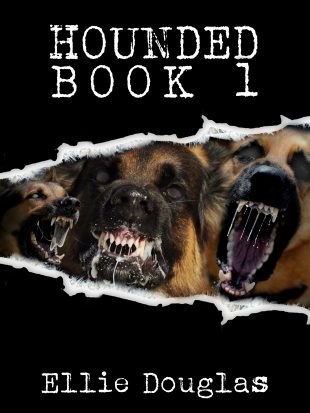 Hounded by Ellie Douglas
When Calloway Foster woke up on that fateful morning, he never expected the coming day to be a deathblow to life on Earth. Nothing could have prepared him for one of the world’s most loved species turning into the raging Undead. Four-legged zombies were now running rampant everywhere he turned – insatiably hungry, intelligent, and merciless to the humans struggling to survive. – www.amazon.com/gp/product/B01GBUP70U/ref=dbs_a_def_rwt_hsch_vapi_taft_p1_i3 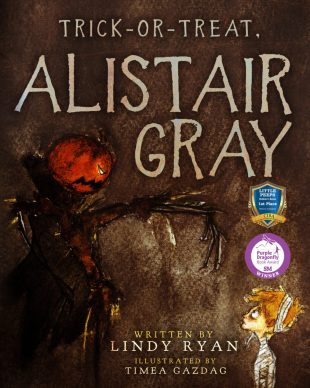 Trick or Treat Alistair Gray from Lindy Ryan
In the style of Tim Burton’s THE NIGHTMARE BEFORE CHRISTMAS and Lemony Snicket’s THE DARK, after leaving a school carnival that feels more silly than spooky, a young boy learns about the true spirit of Halloween. – vesuvianmedia.com/trick-or-treat-alistair-gray/ 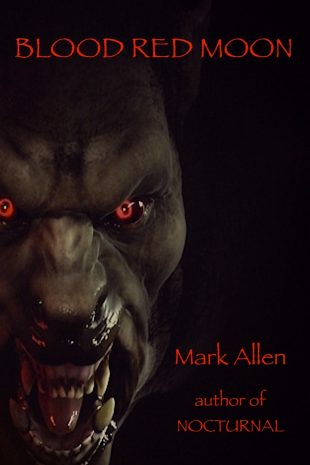 Blood Red Moon from Mark Allen
A series of particularly gruesome murders occurring in towns and cities around the Puget Sound in Washington State has the public on the verge of panic, with grotesque details of half-eaten bodies are splashed all over the news. The police are baffled. The forensics don’t make any sense, and the evidence points to something dangerous and malevolent than anything they have ever encountered. Pressured by the Mayor, they reach out for help. – www.amazon.com/BLOOD-RED-MOON-MARK-ALLEN-ebook/dp/B09GRGZC4Y/ref=sr_1_7?dchild=1&keywords=blood+red+moon&qid=1632322973&s=books&sr=1-7