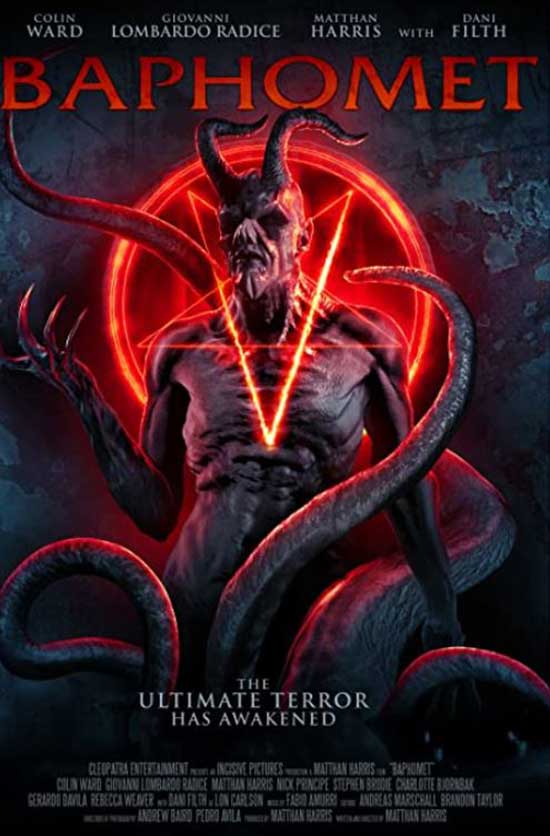 The Richardson family celebrates their 28-year-old daughter’s pregnancy in Northern California. The celebration is interrupted when a Satanic cult member, Aksel Brandr, pays them an unexpected visit. Aksel, on behalf of the cult’s leader Henrik Brandr, offers to pay the family a large sum for ownership of their land. Jacob Richardson, the father, rejects the offer due to the priceless sentimental value of their home. Henrik and his cult, displeased, begin to put devastating curses on the Richardsons, trying to force them off their land – even if it means murdering them. After suffering unexplainable tragedies, the Richardsons seek help from Marybeth, a white witch high priestess. They soon discover a terrible secret about their home, revealing why it is so valuable to the cult. They realize they must protect their property from the cult at all costs, and a violent battle between good and evil ensues.

Just when you thought it was safe to live in a beautiful home that’s cursed by Satanists (not something you will usually find in the troubleshooting tips section on a property realty site) comes Matthan Harris’s foray into Dennis Wheatley or Anton Lavey territory. The former was an English best-selling author of thrillers and occult novels (usually with a devil cult at the crux) from the 1930s to the 60s, while the latter was an author, musician, occultist and founder of the Church of Satan in San Francisco. Both would be suitably proud of Harris’ handling of the ghoulish material as is on display in the low budget chiller Baphomet. Using some nice locations in Marina Del Rey, Encino, Malibu and Los Angeles, California as his visual template, Harris spins the ultimate surreal nightmare for the Richardson family. It appears the lovely home they reside has a horrifying secret that has a group of Satanists wanting it badly. They get a bit irked when Jacob Richardson, the family patriarch, says no to selling the property, the house on which he built himself, and resort to putting a curse on the clan and murdering a few in the process. The aid of a local white magic witch is needed to battle the cultists, resulting in some grisly, gory practical effect scenes.

Harris stages each scene as if nothing is quite right in the world of the Richardsons and it will not be until the confrontation with the malevolent forces at work occurs. The camera moves a bit more slowly as if afraid to miss something out of place. The actors movements are more purposeful, carrying a meaning beyond the superficial. This is the world of the oppressive nightmare that only strength of will and steel nerves can bring you out of with your sanity still intact. This young, talented helmer has obviously been influenced by films that show off this subgenre of the arcane dark arts nether realm and the bleak pall around everything and everyone existing in it.

Roman Polanski’s Rosemary’s Baby and Terry Fisher’s The Devil Rides Out come to immediate mind. Harris penned the story himself, ably fleshing out the characters with emotional depth not usually seen in fare of this budget level. The cast is able to work wonders with the juicy material, giving the audience the necessary types to be able to invest in and either get behind or root against. I especially enjoyed Colin Ward as the resolute Jacob, ready to pull his family through this crises.

Yet he is not the cookie-cutter hero. There is despair at life lost, regret at choices made and a fear of what comes next. Harris, himself, takes on the role of daughter Rebecca’s husband Mark, seeming destined to be killed off (in an intense shark attack sequence) only to be brought back by magic to help fight the demonic group. A lot of emotion seems to resonate on his face as he is, quite literally, pulled through a hell not of his making. Rebecca Weaver lends an inner strength quality to the heroine daughter, always in something of a level of bewildered shock at the goings-on but drawing on a survival instinct when absolutely needed. A true surprise is Charlotte Bjornbak as the white witch Marybeth, who is played infused with a bit of Sigourney Weaver badass at her core.

Another plus that can’t go without mention, notably in this age of overreliance on CGI gimmickry, is the heavy use of the practical effect. There are enough blood packets and mutilated corpse makeup to satisfy even the most hardened gore afficionados out there. Kudos to both Harris and special makeup effects artist Patrick Cupp and his team for giving fans their share of gross-out moments. Similarly, Michael A. Martinez does some neat wizardry with key visual effects bits. In major studio releases, a 72 minute run time would suggest either a hack editing job or more unusable footage than a director cares to admit to. Here, I really think that Harris is accustomed to the idea that editing for a tight pace is key to keeping viewers awake and invested in the story moreso than having too many junk padding scenes to leave out. 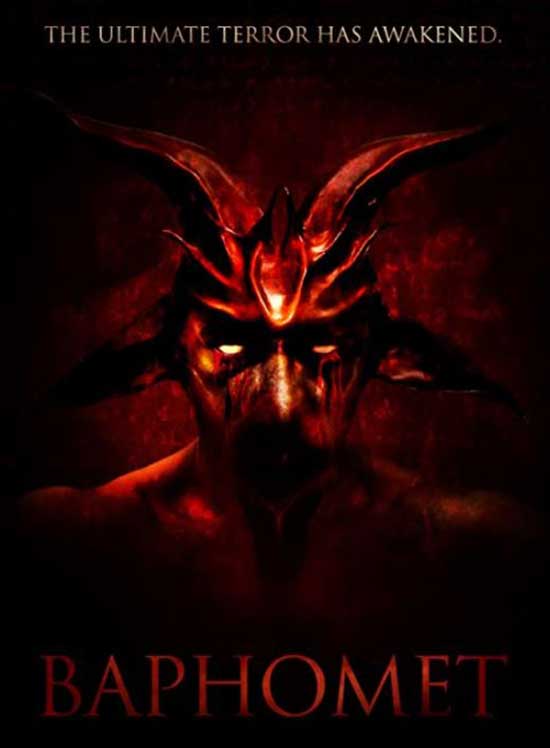 Baphomet is the perfect Saturday night chiller fare to enjoy with your significant other. If you are a homeowner, it just might spur you to check out the history of what went on on your property before you moved in. Some pesky Satanists just might come calling searching for those bodies they buried.