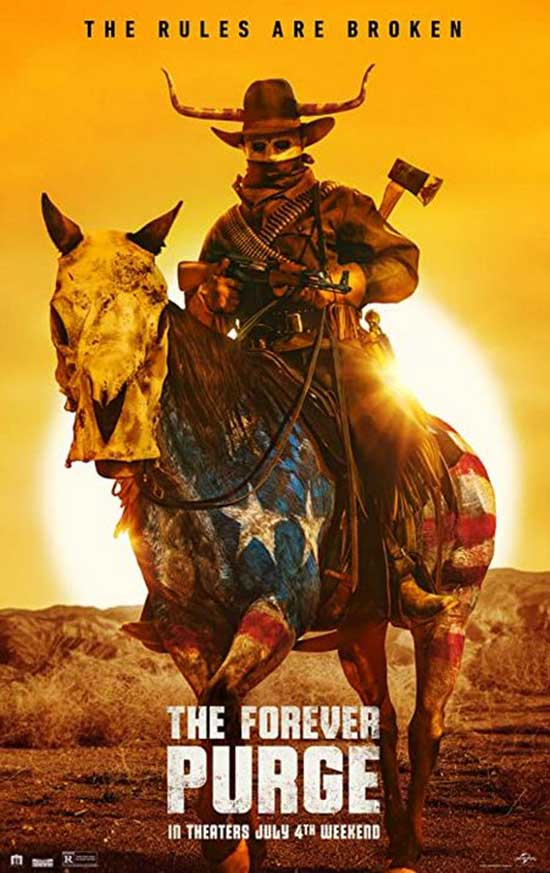 All the rules are broken as a sect of lawless marauders decides that the annual Purge does not stop at daybreak and instead should never end.

The Purge franchise has quickly become one of the most popular horror franchises of the last decade. In 8 years we have seen 5 films and two seasons of a television show. Whether you like them or not you can’t deny their success. What is it that draws us back into this world where once a year all crime is legal? 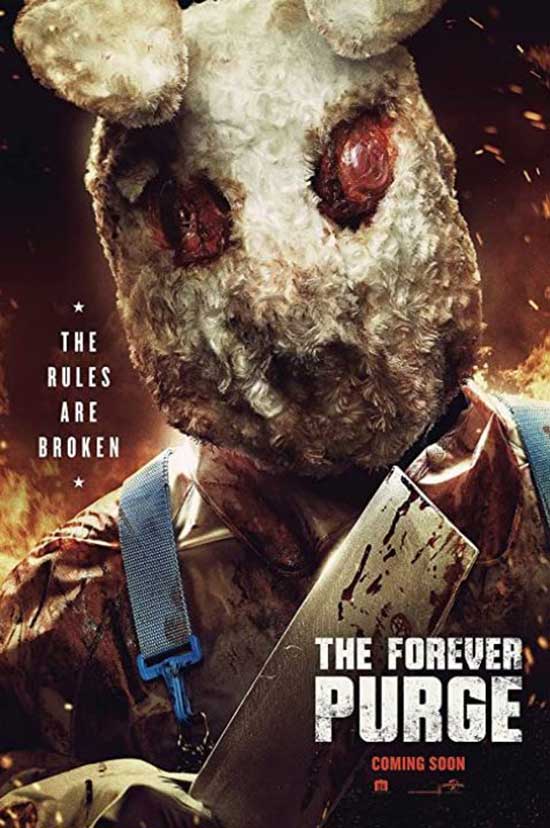 The film picks up after the events of Purge: Election Year we find out that the New Founding Fathers Of America have regained power and reinstated the purge, that doesn’t make a whole lotta sense given the events of election year but it’s a purge film it doesn’t have to make sense. The location is in a small Texas town and centers on a husband and wife, Juan (Tenoch Huerta) and Adela (Ana de la Reguera). They have recently immigrated from Mexico and are experiencing their first purge night. Once the clock hits 7 am and the sirens blare the purge is over and all is well, then chaos ensues. The country is under attack by a nationwide group of white supremacists and right-wing fanatics that insist that one night a year isn’t enough, the purge needs to go on forever. This is the first film in the franchise where there are no rules. You can’t wait it out and there is nowhere to hide. Unfortunately, the events of this film in particular the beginning of the chaos hit a little too close to home. Given that our country recently was attacked by fanatics trying to overthrow our government. It’s not just because of the way the film mirrors our reality, it’s also a very brutal and mean-spirited film. The villains of this film are the absolute worst of humanity, psychotic fanatics who desire to kill everyone and anyone that doesn’t fit into their opinion of what makes an American.

There isn’t much to say about the performances, no one is bad but no one stands out. It could be the script or the fact that the characters are just constantly on the run and we don’t get breathing room to get to know them. One thing that is incredibly effective in this film is most of the horror takes place in daylight, a first for this franchise. There is a scene of absolute chaos at the beginning of the film that takes place on a beautiful sunny day, there’s something unsettling about that. We’re programmed to think that bad things only happen after dark and were safe when the sun is out. 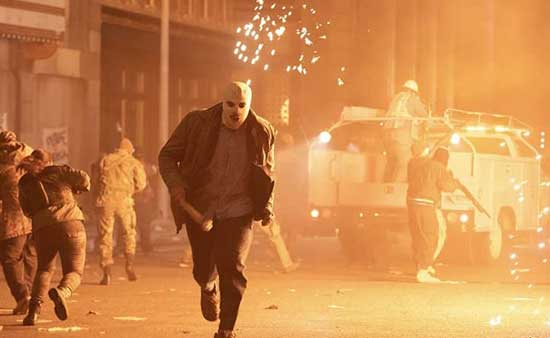 It also doesn’t go without saying that the social commentary has never been subtle in these films, the purge is about social and racial inequality and how a corrupt rich class benefits from pitting poor people against each other. This entry has no subtlety whatsoever, it is right in your face this is about the dangerous rise of white supremacy, and it works. All of these films are a simple criticism of far-right conservatism and that’s it. Sometimes being in your face with a message is ok as long as the horror is there, and it is. However, if the ending of election year left you satisfied you might not enjoy the nihilism of this film.

The Forever Purge is a solid entry in this franchise, and frankly, this is where it should end. No spoilers but the ending of this film made me think “Ok there is nowhere to go from here, it’s over.” Is it a great horror film? That’s debatable, but I do think like some of the other entries it’s a good dystopian film. If you enjoyed the other films you will enjoy this one. It doesn’t break any new ground or reshape the horror genre, but it’s worth a watch.