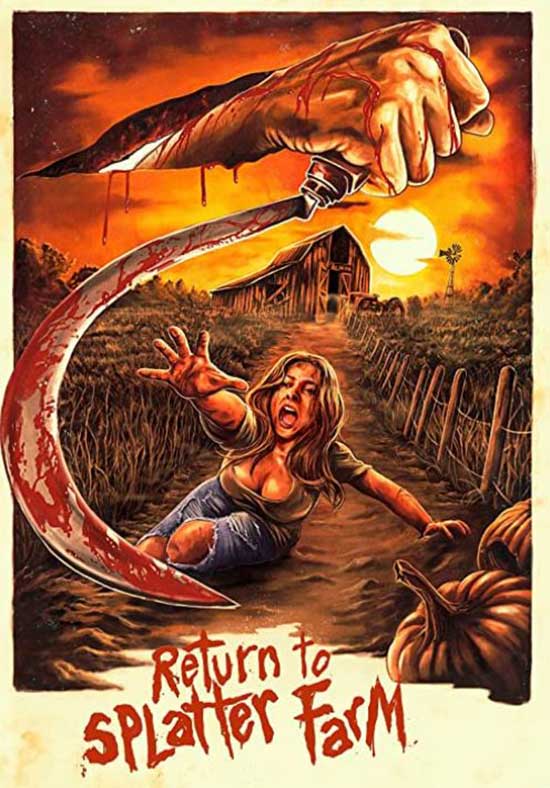 A group of friends visit an old farmhouse in the country where a series of brutal murders took place 30 years earlier. Unfortunately for them, the killer is still lurking about, and it isn’t long before he starts picking them off one-by-one in several gruesome ways.

I watched the Polonia Brother’s 1987 SOV slasher Splatter Farm many, many years ago and had forgotten all about it so I was surprised when I heard that Mark Polonia was working on a sequel with Jeff Kirkendall all these years later. I went into it hoping for the best, but after just a few minutes in I realized that it wasn’t going to be as good as I thought it would be. It wasn’t horrible by any stretch of the imagination, but it just wasn’t as good as the original for several reasons. I must admit that I was a little let down by it after everything was said and done, and I wish it had turned out better than it did in the end.

The premise is quite simple. We have a group of friends visiting a farmhouse in the middle of nowhere for a little fun and relaxation (the property was left to the main character Bobbi by her family). Little do they know though, years prior several people were brutally murdered there and the person responsible is still around and eager to continue his killing spree all this time later. It’s your pretty basic slasher flick sort of premise and is one you don’t have to think too hard about as it’s mighty straight forward. We have a group of friends who are just there to be fodder for the oddball killer, and you can pretty much guess who is going to get killed and in what order they are going to die for the most part. Not that there’s anything wrong with that as I am a huge slasher flick junkie, but let’s just say that the folks behind this one don’t reinvent the wheel or anything in terms of following your basic slasher formula. I think they followed the old adage “If it ain’t broke don’t fix it” when they went about making this movie, but I wish they had tried something at least a little different to help the film stand out from the crowd of countless other similar movies. Still, you pretty much know what to expect so you won’t be disappointed if you go into it thinking the filmmakers were going to do something original and different, so that may be a good thing to an extent.

While the movie does boast a decent body count most of the death scenes leave a lot to the imagination and aren’t anything special. We get stabbings and decapitations galore here, but none of them really stand out and are forgettable for the most part (I guess the double decapitation that takes place is the highlight of all the death scenes though). I was hoping for some more creative and fun deaths but alas it just wasn’t to be. Most of the death scenes are redundant and aren’t anything you haven’t already seen before if you’ve ever seen any other slasher flick that has hit the scene over the last 40 years or so. If you’re into stabbings and decapitations you’ll be satisfied with this film, but if you are like me and was hoping for something a little more than you’re going to walk away feeling more than a little underwhelmed.

The acting that takes place in the movie isn’t exactly amazing, but some performances are a little better than others. Danielle Donahue is fine as Bobbi, and Mel Heflin is good as the bitchy Liz, but the others are just OK at best, while some are just plain bad. I went into the film knowing that we weren’t going to see any Oscar-worthy performances, but at the same time some of the performances here (especially with the two actors at the beginning who appear to be reading their lines off cue cards) are groan-worthy. It appears that the cast had a lot of fun working together on this project though and as such they do have chemistry together for the most part. While I wouldn’t say that the acting here was the worst, I’ve ever seen I still thought that it was mighty bad for the most part and it is definitely a downside to the movie in general. 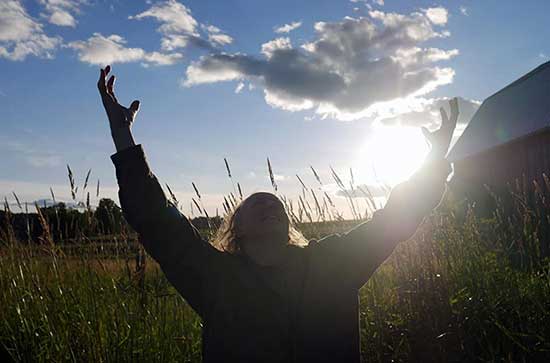 Return to Splatter Farm just wasn’t really for me. While I admire the hell out of Polonia, and everyone involved for giving it a shot the end results here are just less than ideal and I have a feeling that the filmmakers would most likely agree. It’s not as fun as the original film and I just had a hard time getting into it. As I said, it’s not the worst movie ever made but I doubt I’ll ever take the time to watch it again. I thought it was a good effort for the most part, but I would be lying if I said that it lived up to my expectations. Check it out if you are a fan of Polonia, but I would suggest watching some of his older stuff instead of this film as most of it is a lot better and just more fun in general.

SHUDDER ACQUIRES CHILLING PARANORMAL THRILLER THEY LIVE IN THE GREY 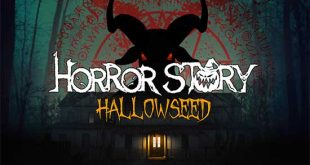