Film Review: Me and My Mates vs. The Zombie Apocalypse (2015) 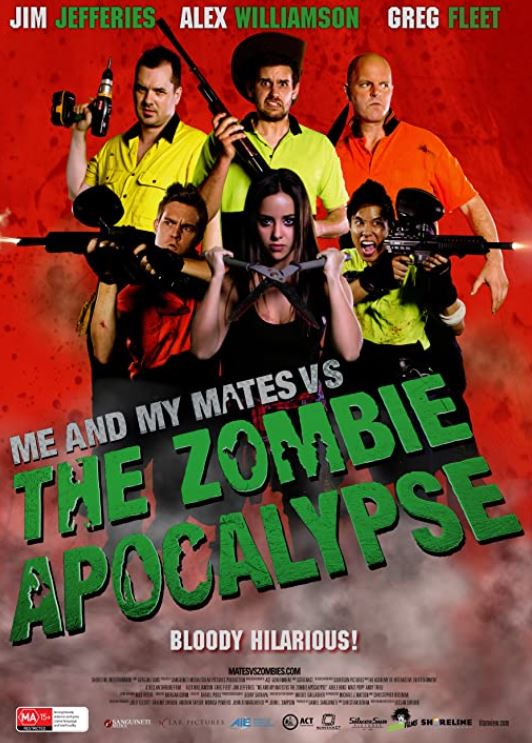 “Me and My Mates vs. The Zombie Apocalypse” is released as a horror/comedy about a group of friends and other survivors of a zombie outbreak in Australia. They take shelter in a telephone exchange, drink beers, insult each other, and attempt to find a way out of what will certainly be a rather nasty end, one way or another.

The film is mostly told through the eyes of stoner/loser Darryl. He basically the worst at everything he does. Shortly after the film begins, he shoots the zombified wife of his boss, Roy. Not only is it awkward on a work level, but Darryl has been hankering for a place on Roy’s local cricket team, and it is unlikely Roy will see the death of his wife as a good thing. 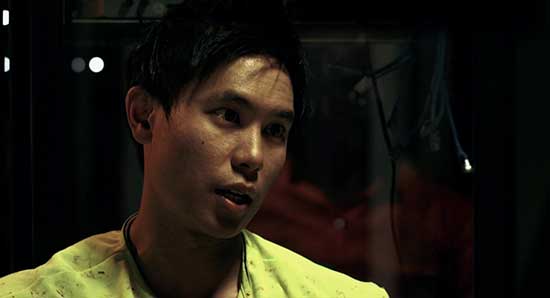 Welcome to THE running joke of the movie! It will smack you at every turn; you’ll be ready to throw in the towel by the end of Act II.

Soon, we have gruff and crude Roy, his daughter Emma, her boyfriend and his buddy all packed into the building as more and more zombies surround them. If they aren’t overrun by zombies, they are likely to kill each other, but not before they finish all the beer. 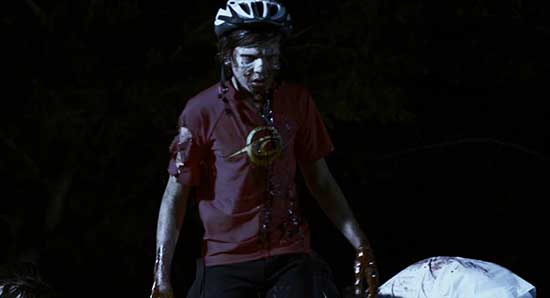 “Mates…” does the tedious zombie thing. Just stop with friggin’ zombies already. Still, it sticks with fairly standard lore, except for the scenes where zombies are taken down by paintballs. (Please don’t ask because I have no answers.) There are a few gore scenes that, given the budget and importance to the overall film (cough – fan service – cough), are at least splattery, though not high quality. Serviceable is the best description.

You can create your own drinking game (Warning: Do so at your own risk!) by watching how the same zombies seem to appear in every scene no matter the location. I kept noticing this lady in a white blouse and dark skirt. Pity she was a zombie….

To push the plot along, the zombies develop skills that can only be written off as (hopefully) homages to Bub the Zombie from Romero’s “Day of the Dead”. If they all had this level of brain activity, the film would have been over in 10 minutes with the zombies shuffling happily into the sunrise. But these sudden intellectual leaps for the gut-munchers seem out of place. 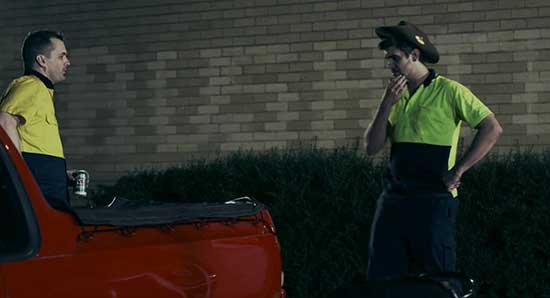 Don’t look for any scenes that are wrought with tension. While there are a few scenes of narrow escapes and assault by zombie, they exist only to justify the next set of actions our characters choose take.

Australian cinema has a history of crude and/or bawdy humor, going back to “Alvin Purple”, “Stork”, and the Barry McKenzie movies. A hard land bred hard people who enjoyed hard humor, the kind of humor that whacks you across the face with a shovel while telling you to laugh.

“Mates…” works that element into bro and slacker humor, depending on which character is speaking. Given Darryl’s pathetic nature, expect him to be the butt of jokes made by his “friends”. Well, Roy is his boss, so maybe dogpiling on the screw-up of the business is justified. 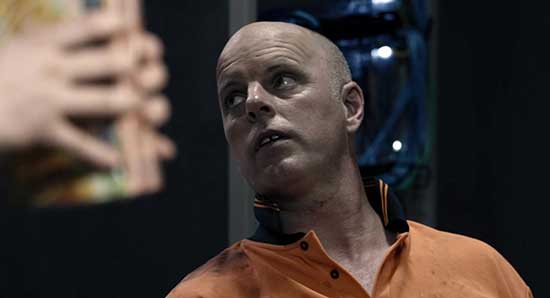 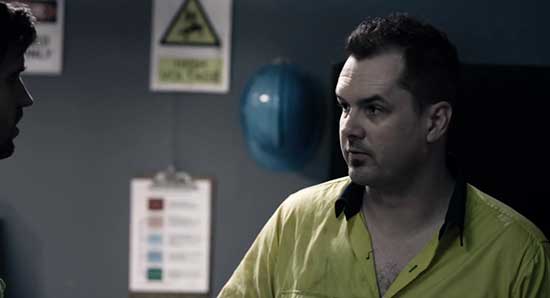 Everyone has different tastes, but almost every attempt at comedy felt tired at best or poorly improvised at worst. The film tries to give Darryl a Woody Allen-like loveable loser quality, but halfway through the film, I found myself just wanting him and his twitchy antics to wander into a crowd of hungry zombies. Unfortunately, he is around through two post-credit scenes.

Strangely enough, comedian Jim Jefferies plays a mostly straight role. Honestly, his character is the only one with a brain in the whole group, and you know what that means. Don’t spend money to watch this just for him. 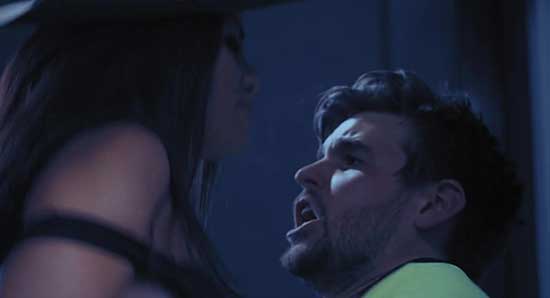 Honestly, “Me and My Mates vs. The Zombie Apocalypse” is a miss. It is not something I would have selected to watch even if it was available at no cost from a streaming service. After watching it, I had little reaction to it, other than feeling someone connected with the film owes me a couple of jalapeno cheeseburgers for sitting through it. Doubt that will happen as I’m still waiting for the steak dinner Fred Olen Ray owes me to sitting through “Alienator”.