GOD RAIGA vs KING OHGA – Clash Of The Kaiju!! 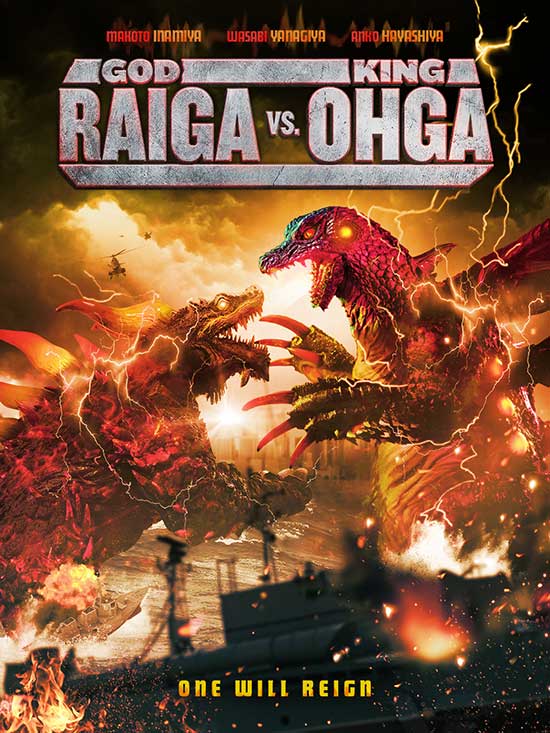 The third in the Shinpei Hayashiya’s Raiga series after Reigo, King Of The Sea Monsters and Raiga, God Of The Monsters which are all available from SRS Cinema.

The giant monster Raiga returns, rising in Atami Harbor and attacking the city. A second Kaiju, Ohga, soon joins the chaos, and the two monsters clash, destroying large sections of the city. Defense forces launch two new weapons, the giant tank Kamikaze and the drill tank Gokumei, to meet the the monster invasion head on. But as the beasts work their way to Tokyo, will they be enough to stop the monsters from laying waste to the city?

Written and directed by Shinpei Hahashiya.