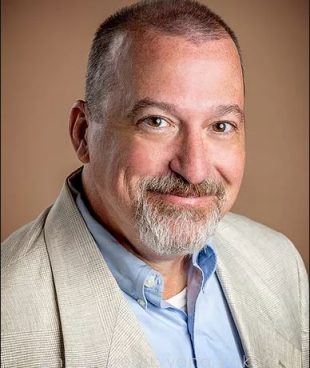 Where did the idea for Vice vs Vampyres come from?

Vice vs. Vampyres was born from a desire to produce low budget indie movies that had solid action and practical effects – franchise starters that had a broad audience appeal. My friend and I kicked around many different ideas, each with specific stunts or showpiece sequences we wanted to see done. At the time, I thought vampire movies had become overly romanticized and stifled by repetitive themes, so this was an attempt to bring them back to the sophisticated monsters we know and love from before the sparkly times. Unfortunately, my friend passed this year in February from Covid related complications, so I’ve dedicated this project to him. His name is Nick Plantico, and he was a great guy.

Two reasons: Mainly, I had the script and wanted to do something with it – I had gotten interest in financing a couple of times, but nothing ever came together to get it really going as a feature movie. Right before the pandemic hit, I had different plans for my career, but ultimately, the Entertainment Industry was one of the hardest hit, and the only way I could see to stay creative and producing was to turn my screenplays into radio plays. I wouldn’t have to hire anybody but the Actors, and they could record from their own set up and send me their master. I was familiar enough with the process that I took their masters and mixed everything else together from my own set up.

Many people, mostly Independent minded individuals who have pursued their own path, for good or ill. To name a few: Hunter Thompson, Roberto Rodriguez, Stanley Kubrick, David Fincher. On the Horror side, I like John Carpenter and Rob Zombie.

What was the most difficult aspect of making Vice vs Vampyres?

Finding the Actors. It took some time for the right cast to come together, but I am very happy with the results – there is no performance that I thought was weak or somehow held back the other performers, which is pretty amazing when you consider that each Actor recorded by themselves with no one to play off of – their performances were captured completely solo and were mixed into scenes with dialogue later. They were so good the mix is almost seamless, and any issues are from my mix, not their performances.

What was your favorite part of the process?

Hearing the finished play. There are few things as gratifying as taking a creative leap and feeling as if you got it right. That rarely happens, but I am particularly pleased with this one.

Oh, favorite Vampyre – that’s tough… Well, the Salem’s Lot Vampyres come to mind first. That standoff between the main Vampire and the Priest is timeless. Nosferatu is the classic archetype, I think, closely followed by Bram Stoker’s Dracula. I also liked the more modern, underground culture depicted in the Blade movies, but Blade is half-vampire, so I don’t really count him. Ever see George Hamilton in Love at First Bite?

What do you think needs to get done for horror projects to stand out in todays over saturated market?

Honestly, I think everyone should look to making their own projects to the best of their ability. This is the information age, and there are now so many outlets that Independent Producers are far more capable of carving out their own niche and developing their own fan base. Ultimately, if they get big enough, a studio will approach them to make a deal, and then the advantage is on their side, not the studio’s (typically) shitty contracts for newbies they’re developing under their own banner. You’re right to note the market is saturated, but that’s not just because of Studios. There’s Youtube, Twitch, Patreon, even Facebook offers a platform now – There are countless examples of Independents carving their own territory and getting their own Netflix (or wherever) deals. For my part, this radio play could easily be the presentation that draws actual funding for the screenplay. If you believe in your project, back it yourself and see where that takes you.

Tell us about some of your past projects and how they differ from Vice vs Vampyres?

Well, all of my projects are basically intended to be developed into either a feature movie or series of some sort. I started with very melodramatic first feature, then, rather than invest so much time and effort on one project, I began focusing on more presentation style productions to try and lure investors into one or more of those projects. Vice vs. Vampyres is the first foray into the Radio Play format, and sort of the flagship project for the launch of my new company, MountainFire Media, which is the creative hub for all my projects, whether it’s movies, screenplays, live events, or merchandise.

What is the best decade in horror and why?

For me, the best decade is still mid 70s to mid 80s – all of the effects were practical. The psychological elements were genuinely disturbing. When special effects became prominent, and then torture horror became popular, I checked out. I think that’s why Rob Zombie appeals to me, because he has a similar mindset to those filmmakers who didn’t rely on gore so much as truly terrible characters doing bad things.

What’s next for Brad Havens?

More Radio Plays! Adapted from other Screenplays I have laying about. The next one is called “Becoming Emily”, about a 16-year old psychic who is coming into her powers at the same time she is re-connecting with her biological father, a decorated Homicide Detective. They get into some trouble when she uncovers a child trafficking ring operating under the protection of some dirty cops. Then there’s “Justice and the Machine” about a popular US President running for re-election only to have his campaign beset by a brutal, ruthless Assassin with whom he shares a terrible connection. And more podcasts, books and other fun projects coming down the pipe this year and on into the future. 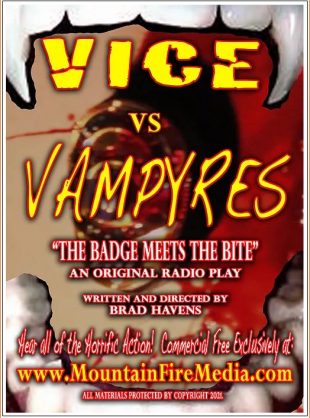