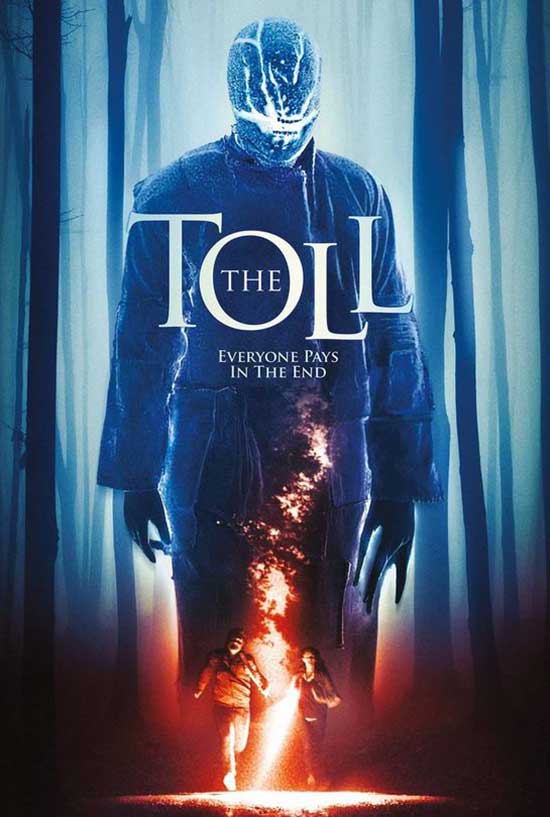 A socially awkward driver and a weary passenger try to make it to their destination while being haunted by a supernatural threat.

Spencer is a driver for an online lift service. Hanging out near the airport, he scans the available clients requesting a ride until he finds Cami.

Cami has just survived a rough flight on her way to see her father. Instead of having her dad drive the considerable distance to pick her up in the wee hours of the morning, she climbs into Spencer’s car. She wants him to focus less on chatting and more on driving while she attempts to relax in the back seat.

Well into the drive, deep in the countryside, Spencer’s GPS leads the two onto a side road that Cami does not recognize. After Spencer shows her that he is following the GPS information based on the address she gave after getting in his car, a figure appears in front of his vehicle, causing him to slam on his brakes.

A quick check reveals no body and no damage to the car. However, the car will no longer start and both of their phones are dead.

As the two investigate their situation, they realize they are trapped on the dark road, but far from alone as someone keeps leaving cryptic messages saying they must offer payment to The Toll Man.

The price? One must die.

If the premise convinces you to rent or buy the film, then the filmmakers succeeded. In taking your money, at least. Satisfaction with your purchase is definitely subjective.

Visually, “The Toll” is a sound investment. If you toss out the pseudo-artsy shots and the ever-tiresome shaky, running POV sequences, the film does a fine job of making the woods surrounding the stretch of road feel as if the trees are closing in on the characters. Even some of the POV shots make it seem as if the surroundings are bending toward the camera, resulting in some nicely-rendered touches of visual claustrophobia.

Moving beyond the visuals, the rest of the film takes a dive on a number of levels.

Dealing with brainless characters who are merely targets for slaughter can be fun. “The Toll” is, unfortunately, mostly a two-person play (“Waiting for Godot” melded with tired horror tropes). For such a script to work, the characters should be compelling enough to hold the viewer’s interest. Not here.

Spencer is a socially-inept dork who keeps doing and saying things that undermine the “aww, poor guy” vibe needed to empathize with the character. Cami embodies all the worst traits of young urbanites: aggressively distrustful, sarcastic and superior attitude towards others (including her parents), and absurdly dependent on technology to fix every problem.

Within 20 minutes, it is obvious Spencer should leave Cami to the side of the road and then both of them should move AWAY from the camera.

Continuity errors run rampant through the film, as well as general inconsistencies. Windows on the vehicle as fogged up or perfectly clear depending on which is needed for a given shot. Attacking figures can smash things in one scene but are incapable of having physical interaction at other times.

Oh, but The Toll Man is controlling their reality, so that is supposed to cover any of these problems. Sorry. Rubber reality does not excuse weak plot devices.

Minor spoiler here, but the film takes a final turn for the Dumpster with the sudden realization that the ultimate point of the film seems to be “All men are basically evil (possibly your daddy as well), and society supports men’s evil views.” Well, it justifies Cami’s personality, but it can leave a sour taste in the viewer’s mouth before rolling into an ending that pulls its punch on what should have been a rather powerful, though bleak, resolution. 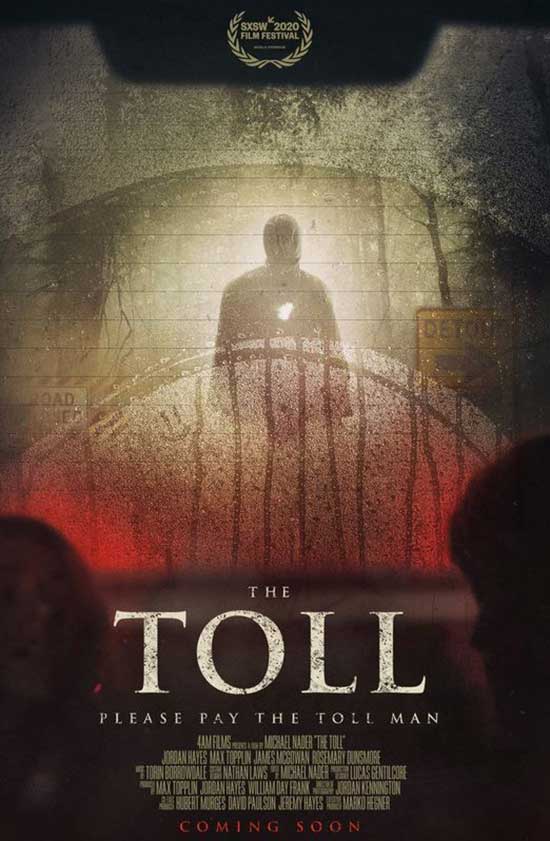 If you are hoping for a film that creates a new horror franchise, look elsewhere. “The Toll” spends most of its run time focused on two people who should never stray far from the city and precious little time developing The Toll Man beyond one big exposition dump. If you have to see it, do not build your expectations up, and you might get through without hoping for both main characters to suffer horrible fates.