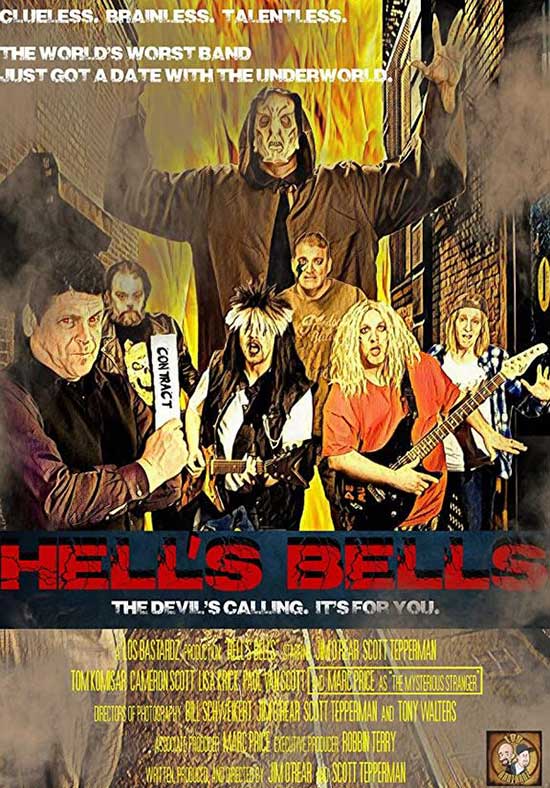 Two middle-aged bandmates find themselves finally successful with their band only because of their accidental deal with the devil.

Hells Bells, written and directed by Jim O’ Rear and Scott Tepperman, is supposed to be a horror-comedy, but unfortunately, I didn’t find this movie to be funny or scary at all. While the concept of this movie was interesting enough, every other aspect fell flat on their face.

It starts off with some foreshadowing as the devil and one of his demons collect the soul of one of his victims, which may have been the best scene of the film, except for the cheesy and sub-par visual effects. After this everything seems to fall downhill. Fast. 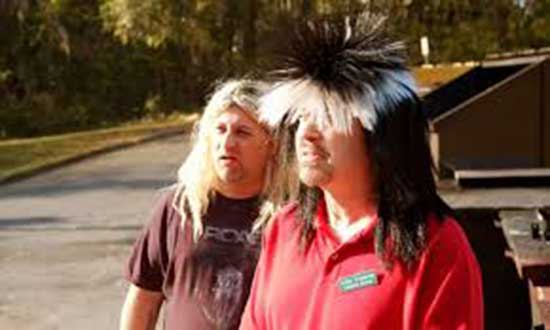 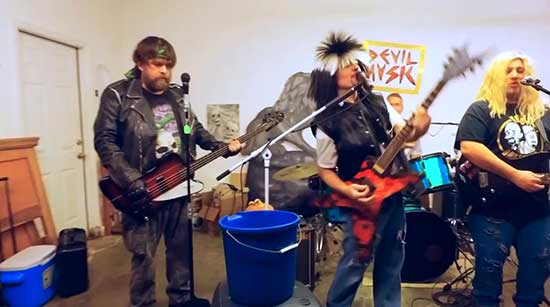 Arthur and Herb, the two main characters who are played by the directors themselves, find themselves at odds with their wives and band because of the lack of success with their music career. They also have jobs bagging groceries at their local grocery store where they hardly make any money and their boss constantly insults them. Then all of a sudden they come face to face with a music agent, who finds them in the back of their store no less and makes a deal with them to have him as their band manager. What they don’t know is that earlier he made a deal with the devil that promised him success in his own failing music career. Herb, Arthur, and the rest of the band are suddenly the rockstars that they hoped they’d be and all hell breaks loose after that. After a lot of unnecessary filler scenes that were hard to watch, they finally realize what has happened and they take down the demons. 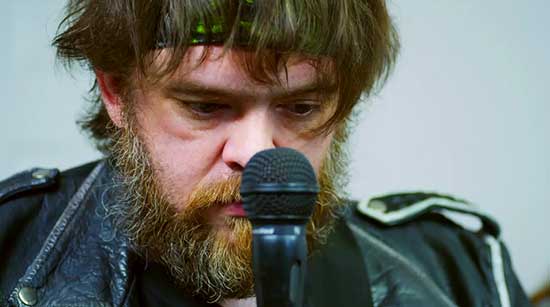 Although what they were trying to go for was somewhat clear, the payoff was lackluster at the very best and downright cringe-worthy at its worst. With countless fart jokes, awkward acting, and strange scenarios, this movie was a mess that was hard to keep track of. Everything reminded me of a combination of Scary Movie and Bill and Ted’s Excellent Adventure humor that went totally wrong. The saddest part to me was that it felt like not a lot of effort went into it and they just made a movie for the sake of making one. In my opinion, a horror-comedy should do at least two things well. It should make you laugh, at least a little bit, and there should be well-crafted horror moments that either features good gore or chilling visuals and/or content. This movie failed to offer anything remotely funny and the moments of “horror” were few and far between. Some of the scenes featured laugh tracks and fart sound effects and they serve as an example of how bad humor was utilized in this film. There was even a whole scene of Arthur pooping for at least two minutes for absolutely no reason in accordance with advancing the plot or character development and it further took away from the good parts of this movie, although it was supposed to be funny. 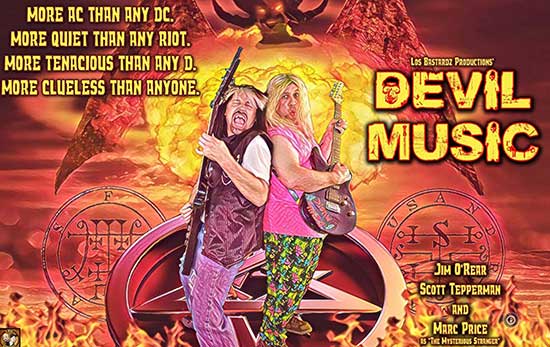 There were a couple of decent aspects of this movie that slightly made the overall experience more bearable. Marc Price as the Devil gave a believable and solid performance, which made his scenes the most enjoyable to watch. The transitions in this movie were in the form of a comic strip and that was a pretty unique way to transition from scenario to scenario, even if it didn’t make the most sense for the story at hand. 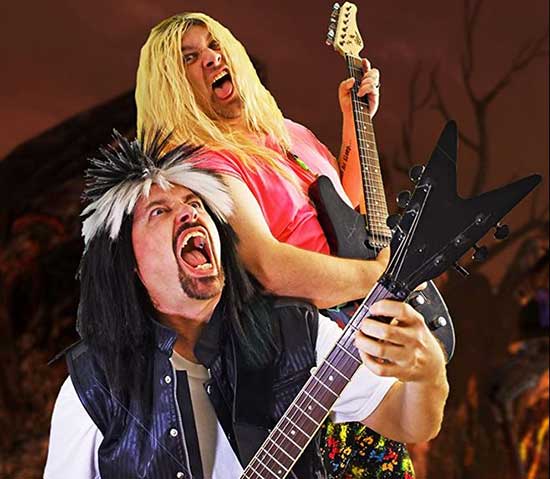 Overall, Hells Bells was painful to get through and I ultimately wish many things were different about the viewing experience. It was a prime example of a cool concept that translated poorly onto the screen with the humor that they were trying to convey. I wanted to like this, as I do with every horror movie I come across, but it just didn’t do it for me. I do not recommend that anyone should watch this especially with the amazing selection of independent and blockbuster horror movies that are out there.

I give Hells Bells an F.