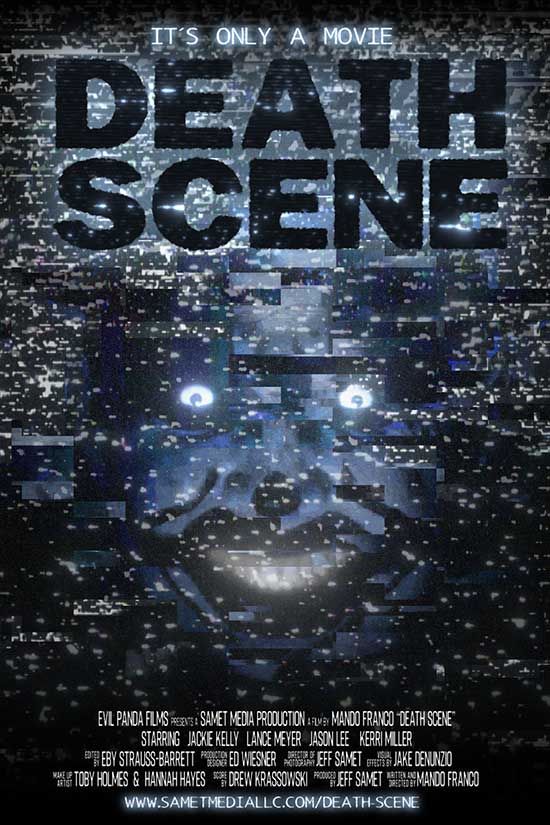 Do you ever wonder what the characters on TV are doing when you fall asleep in front of the the TV set? What if they stopped performing and just watched you?

This was the childhood fear of Writer / Director Mando Franco. After completing the short Christmas slasher, XMASsacre, Mando and Jeff Samet joined forces and created this little horror film bringing a crew, actors, and artists from all over the St Louis area together.  This team of 19 St. Louis residents is proud to present the terrifying short film, Death Scene.

And remember… it’s only a movie.

Death Scene starts off with a warning. Flashing lights so we’re aware. Oh, and a “remember it’s only a movie”. I’m not sure how I feel when I see those warnings. Death Scene was directed and written by Mando Franco (X-MASacre, The Boogeyman).

We meet Autumn (Jackie Kelly). Six minutes and thirty-six seconds. Autumns on the phone watching this happy sort of family sitcom show. She decides to go to sleep and a clown appears on the TV, I guess I should say this, if you have coulrophobia, Death Scene may get under your skin a bit.

Clowns are not too scary but in the right situation they can be terrifying. When I think of clowns, I think of a person that wants to hide. I think of a sad person who wants to be happy. Recently, I’ve seen a couple of clowns that you wouldn’t want to run into, in a back alley.

Let’s discuss for a moment… Haunt (2019), Justin Marxen played the Clown in Haunt, he was disturbing. Sean Haitz’s film Big Top Evil (2019), there’s quite a few disturbing clowns in that movie. Vicious Fun (2020), Julian Richings as a clown. It’s only brief but it was unsettling.

Okay, back to Death Scene, Autumn is sleeping and the clown appears. He’s on the TV and it’s trippy and bizzarro in an Alice in Wonderland meets The Ring with a dash of A Nightmare on Elm Street 3: Dream Warriors.

This horrifying clown is killing on the TV and then well…. Autumn wakes up and is she still sleeping? Is this a sleep paralysis demon? Someone grab the remote control! And… it’s over… Chucko the Clown is played by Jason Lee. He does a good job as a creepy clown.

Make sure to check out Death Scene and Panic Fest 2021. 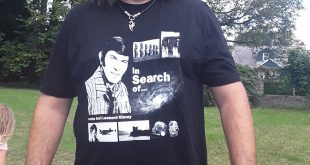 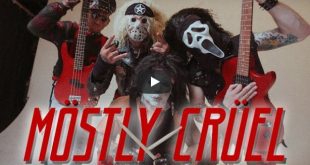 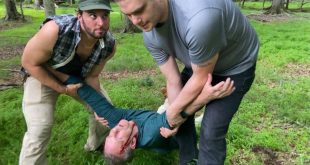 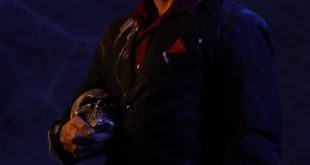 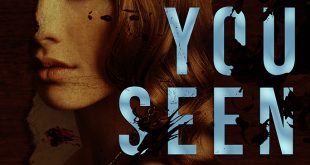