In the summer of 1999, a film came out that completely changed the model of how films could be produced. That little title was The Blair Witch Project. Costing only $60,000 to make, it went on to gross almost 250 million dollars worldwide. Not only was it commercially successful, but it paved the way for the found footage horror genre. Since then, there has been many titles in the subgenre, more recent ones being Unfriended, Paranormal Activity and Followed.  Gravitas Ventures is now releasing their own found footage film titled Cruiser, but it has a twist.  The film is told through a series of police cruiser car cameras, cell phones and surveillance cams. The footage was then edited together to assist in the capture of the perpetrator of these heinous acts.  We spoke to the film’s director, Randy Ser, and discussed this fresh approach to the found footage genre. We also spoke to him about his work on Sam Raimi’s Darkman, now celebrating its 30th anniversary. Cruiser is now available on Amazon Prime, Spectrum, Dish, Verizon, Comcast, Cox, Armstrong and Mediacom. More streaming services will be added next week, including iTunes.  Read the full interview below. 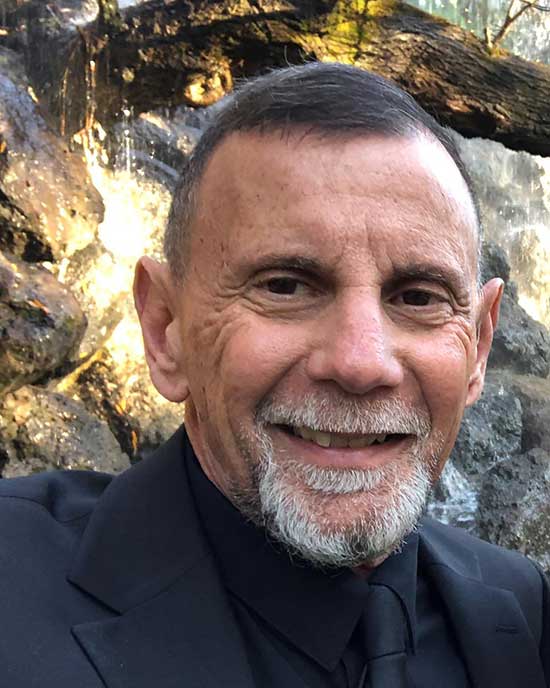 -From the trailer, Cruiser looks like a pretty wild ride. Can you describe in a sentence or two what it is about?

The film, Cruiser, tells the story of a hulking figure who kills a police officer and then steals his uniform and cruiser. Impersonating the officer he has killed, he proceeds to take a hostage, Tara, who spends one night trapped in the back of the cruiser as she “bears witness” to Cruiser’s message. Cruiser proceeds to viciously dismember many victims as he uses his heavenly singing voice to soothe them during their last moments on earth.

I believe it will be a wild ride for audiences as they enjoy classic horror scenes of chopping, blood, and gore. What it will also bring, is a thought-provoking experience for viewers as they are drawn into the back seat of the cruiser, along with Tara, to be made captive to the inescapable trauma of Cruiser’s reasoning and actions. The audience will be subjected to true terror as they look into Cruiser’s soul as he stares calmly at them in the rear-view mirror.

-As the director of Cruiser, what was the most important message you wanted to get across to audiences about this film?

I wanted to create a horror film that would deliver a slashing good time, as well as one that would linger in the thoughts and mind’s eye of the viewer. Cruiser, as does all of mankind, asks us to consider the age old question, ”why do bad things happen to good people?” While pondering one’s answer to that question, the design of the script and direction is that the terror each individual experienced while watching the film will be revisited. 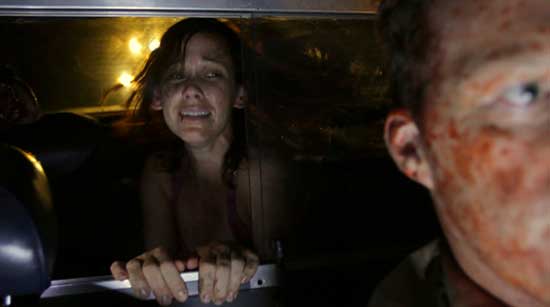 -Sam Hensley, Jr wrote Cruiser. You also worked with Sam back in 2001 when you both wrote and you directed the film, All You Need. Because of your history, did you help give any insight into the Cruiser script?

Sam and I always collaborate to some degree on scripts that we produce. But in the case of Cruiser, the first draft he showed me was so intense and well-developed that we didn’t need a great deal of revisions. The script kept open for determination many of the decisions as to capture medium style and placement, as well as leaving certain sections of action as loosely described as possible, thereby trusting me to create those visuals as the director in a way we both knew would be compelling.

-What would you say Cruiser is comparable to? Previous film wise?

Cruiser certainly builds on the tradition of other found footage films, but also represents another step forward in that genre. It captures the gritty, inescapable immediacy of The Blair Witch Project and Paranormal Activity, but is also presented in cinematic style of a movie like Cloverfield. Where it departs from those films is in its use of multiple cameras as part of the story, keeping us on the edge of our seat by frequently changing the audiences’ perspective as different recording devices pick up the action. This technique also reflects the almost ubiquitous nature of cameras, whether they be security cameras, cell phones, or police cruiser/body cameras, recording almost every aspect of our public lives.

-Do you have a favorite scene in the film? If so, what makes it your favorite?

My favorite scene is the one where Cruiser makes a “traffic stop” of C-Y-N-D-I Welch at a harshly lit convenience store parking lot. The sequence, toys with the audience by switching from what is considered the norm to choices, which bewilders the senses by both overloading and depriving the audio and visual.

As the color and sound remain as we have become accustomed to, Cruiser smashes the window of Cyndi Welch’s car and drags her out by her hair. She is being positioned for the kill as she fights for her life and screams maniacally. We prepare for what we are about to experience. Here the choices confound the expected as we cut between various camera angles and positions. The visuals move from color to black and white and back to color again. At the same time the audio tracks harshly shift from horrific screaming, to “deathly” silent, to pleading cries, and to the sound of country music playing through cheap speakers inside the store. All is meant to pull the audience in to experience the fragments and confusion that must surround the mind, as one knows they are about to die. The final edited scene was designed to let the viewers mind fill in the blank spaces. What the mind’s eye envisions is much more frightening than what we think we are being shown. 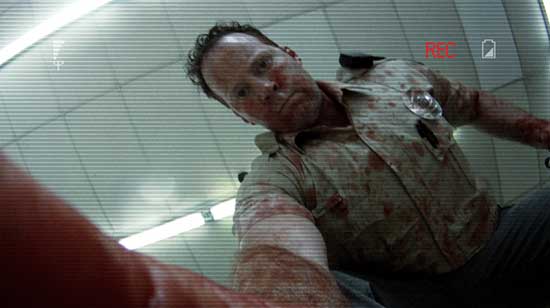 -Did anything happen unexpectedly while film that caused the production to pivot in any way? If so, can you explain how you overcame it?

We didn’t so much pivot as learn very quickly what an ambitious goal we had set for ourselves. On our first day of shooting a storm tore through our location and destroyed our base camp. We knew then what a challenging 16-day shoot we were going to experience, especially almost totally at night. We also realized that we needed to trim the script due to our tight shooting schedule, so we dropped a few scenes that didn’t add to the momentum on the story. I think that left us with a movie that is almost relentless in its pacing, which just adds to the terror that our audience experiences. The result is a horrifying ordeal that could actually happen to any of us.

-You also have a long history in production design. You worked on Sam Raimi’s Darkman, which is celebrating it’s 30-year anniversary this year. If Darkman were to be made today, how do you think the production design would be different?

I believe the main difference would be the use of CGI. VFX generated in post via computers didn’t exist at that time. I purchased my first computer during that production. Its primary use was for developing budget spreadsheets.

All the sequences and their specific needs would have to be conceptualized and executed through design and cinematography. One example of the difference in approach that comes to mind took place in Strack’s office. As wood panels covering the floor to ceiling windows in his office slide open, Strack’s City of The Future under construction is revealed. The city was first conceptualized as a rendering. Elevations of the individual buildings were drawn. Then a photographic model of the city, complete with functioning cranes, was constructed on an insert stage where the plate element was shot. Some of the buildings in the model were as much as eleven feet tall.

-Why do you think Darkman resonated with audiences so much?

It is a true dark comic book style film that also introduced the first horror superhero. It is unique in that it didn’t wrap up the story in a tidy bow happy ending. Like the timeless Universal horror films of the 30s, the story unfolds around a character that just happens to be a monster.

-Do you still keep in touch with Sam?

Unfortunately, as is so often the case in the entertainment industry we lose touch with those we have worked with. That holds true in my losing touch with Sam, though I still have a great deal of enjoyable memories that were created while working with Sam during the making of Darkman.