Home | Pandemic or No: Can Toxic Alien Zombie Babes From Outer Space Rescue us Poor Terrans From Isolation Boredom? Director David Black Sure Thinks So

Pandemic or No: Can Toxic Alien Zombie Babes From Outer Space Rescue us Poor Terrans From Isolation Boredom? Director David Black Sure Thinks So 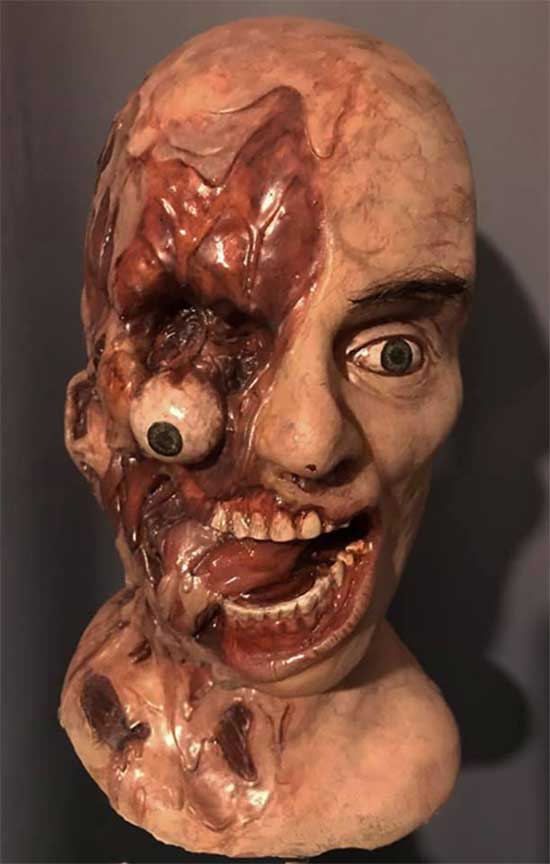 Like any good, aspiring filmmaker, David Black is never one to sit on his hands and wait for opportunity to do that knocking on the proverbial door thing. Or, as this is on the subject of horror films, the scratching claw sound against the steel of the dungeon door as it were. The Coronavirus/COVID-19 pandemic has restricted many folks across the globe to the confines of their own home and has fostered levels of boredom not seen since Saturday school detention for many of us. Black, however, saw an opening  to create, using an imagination rivalled only by Lloyd Kaufman (remember Toxic Avenger?) or a Roger Corman in his heyday (I’m still convinced that the idea for Monster From the Ocean Floor came from a fever dream of his) and is going full gusto even as most of us are doing essential service runs and dodging germs as best we can. 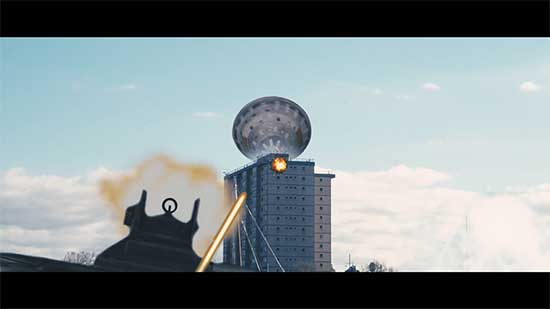 Black has assembled a team of  gifted artists he’s either quite familiar with or has worked with before to begin a most ambitious project called Toxic Alien Zombie Babes From Outer Space to be released in the near future on streaming platforms everywhere. Anyone who knows David’s work (Sinister Symbiosis is one distinctly disturbing piece that resonates) will understand that his is no ordinary mind and that his idea of play and fun is, generally, more than a bit twisted. Still, the core thrust in much of his work is to have fun while playing with norms. I am intrigued by this latest venture in the sense that it aims to be more of the envelope-pushing, gory, full-throttle variety of entertainment than something muted by main stream industry. Not just crossing the threshold but racing through it. And I was overcome completely with honor to have been given an opportunity by David, cast and crew to chart the course of this work from concept to final wrap. 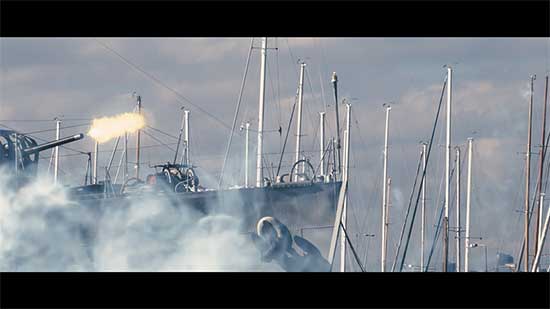 Black is looking to open with a sequence involving a feminist being interviewed via podcast, paying homage to the opening moments in Romero’s original Dawn of the Dead (remember the pair of characters arguing on tv?). “its a chat between a podcaster (Author’s note: it, potentially, may be podcasters (to be determined still) and a feminist, that will be influenced by the Dawn of the Dead opening scene where two tv people are arguing on air.” Before continuing, I should mention just a few of the littany of gifted folks who are participating in this blood-soaked venture. Anastasia C. Kouloukas, Black’s amazing co-star in Sinister Symbiosis,  is returning as the afore-mentioned feminist going toe-to-toe with the podcaster.

Terrence Main, (one of the creative minds behind grossfest.com), both of Slinky’s Liquor Pawn and Video Show co-hosts Christopher Elswick and Greg Mattson (funny as all get out and highly informative on their podcast show and am eager to see if their chemistry and timing transfer to film) director Gerardo Chierchia (he of the very dark, chilling 2018 short The Road to Hell is Still Undefined fame) are just some who’ve signed on for this horror ride. I was similarly stoked to find that the rising talent director Fabricio Christian Amansi will film (self-film?) a sequence in his own home as a Spanish guy killed by a ravaging re-animated corpse. In what may be a most critical role, that of the Special Effects guru (hey these artists are true saviors of many a genre effort, in my opinion), Fabio Segatori is graciously lending a good deal of skill (along with a load of props, no doubt) to the whole affair. Proving to be a movie with the expanse of something epic in scope, there is even a director for the unit filming in France in the form of talented photographer and actress Giulia Key. The challenge,  in all of this, is how to put this cinema puzzle together during this time of self-isolation. 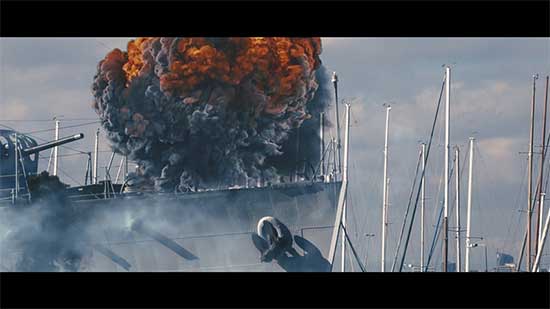 Black seems to have the workaround for it by having the cast film themselves in many instances, have much of the action centering on an online forum (a webcam podcast at the start) and heavy use of green screen so that zombies attacking can be digitally introduced into the actor scenes. A guerilla/gonzo style of filming that indie helmers and Black, in particular, are quite accustomed to and usually handle with aplomb. The difference here, hence the title having an alien reference, is that the zombie creatures will have additional powers to decimate the population. Not your standard brain-chewer. As previously noted,  Black doesn’t do routine or ordinary very well. The titular constructs here will have….well…let the director himself explain. “Ours shoots laser beams from her boobs.” Forget the days of guns hidden in a bras or exploding women (for those old enough to remember Dr. Goldfoot in the 1960s, like me). A pair of cocked and ready lasers to slice through victims!

It’s also something of a novel setting to place the action within the confines of a horror convention. It is the idea that people would be delayed in noticing something amiss (i.e. living dead on the rampage) when they are surrounded by people made up as flesh-eating undead denizens already that tickles my fancy. Additionally, the idea of erosion of civilized customs as a result of a catastrophic plague being on display through a convention setting leans to the ironic. Black notes in an early draft of the script for blocking of the opening scene “People at the convention are misbehaving because societies norms of good behavior are decaying.  People realise that there are no repercussions for acting up.” A veteran of many a con over the years, I am often hard-pressed to find good behavior at these events. Then again, my memories are shaded by all the after hours parties so….

As with any production where a curve is thrown, efforts are made in the hope that the show must go on (as the cliché plays). A major league curve ball was, indeed, thrown at the each of the movers and shakers behind this shoot when the pandemic caused a cancellation of Grossfest for 2020. Still the cast and crew are undeterred and found some new ways around the issues of where to film, schedule and such.  Plans have now become for Terrence Main and a group of volunteers to still go up to the hotel location and do the scene shoot (tentatively set still for July 25th). A script alteration here and there and all systems remain a go. 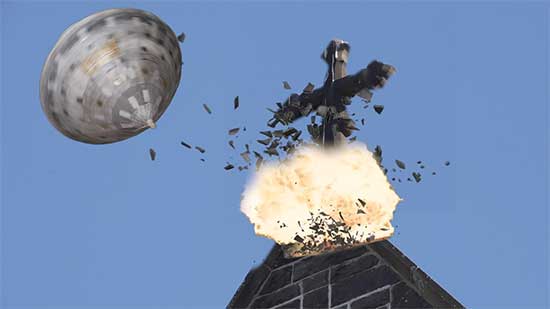 The cast and crew remain as undaunted by obstacles and as eager to do the seeming impossible of doing a feature shoot from concept to post-production all while in quarantine (Melbourne remains in a Stage 3 lockdown as of this writing) as Black himself. From the press release that was emailed to me, actress Vixey Teh (herself a veteran of Black shorts work) offered this: “I am pleased and excited to be featured in Toxic Alien Zombie Babes. It is always a great privilege and pleasure to work with such talented and professional creatives like David Black and Gerardo Chierchia. This is such a fantastic concept, in a time of isolation; to bring creatives together across the globe, while everyone is safely, socially distanced, through the magic of film. I look forward to this unique experience and cannot wait to see the finished movie! I hope you will enjoy it as much as I know I will!” Glen Cook, an actor and gaffer in several of Black’s projects, pretty much sums up the loyalty and keen desire people have to work with David with this quote from the release: “The fact that Dave has the ideas in this time and flexibility to make things happen in this lock down period shows how much drive and passion he has for projects. The whole idea sounds so fun and very unique and I’m quite excited to see how things turn out in a unique and special way.”

I found it odd that, per Black himself, a number of B actors and actresses were approached to participate in the film (at least in cameos) and turned down the opportunity. Per the man himself: “I asked a few already but have had knockbacks from all, which is a shame. I always loved The Blues Brothers and how stars came in out of the blue like Cab Calloway, Twiggy and pretty much everyone from 1920 – 1965. I even got knockbacks by Aussie b grade stars that are in everyones indie films. Lol.” It is no doubt due to an unfamiliarity with his work and reputation. Something that will change in the very near future with any luck and the continued energy for hustle that Black exudes. How could one not want to be a part of, what the release describes as “a tongue in cheek sci-fi/ horror that pays homage to past cult classics such as War of the Worlds, Plan 9 from Outer Space and Attack of the 50 Foot Woman.” The folks he’s asked are the very ones who’ve appeared many a time before in material on the exact level as those titles.

As I embark on this journey charting the progress of Black, Main, Elswick and company as they dare to climb this mighty mountain of a cinematic goal during these most trying times, I harken back to one of my frequent chats with Black and realize just how much he embraces and the challenge ahead and believes that he will accomplish the task with less sweat than others in a like role would be coated in. He loves the pressure like few others could and takes a beaming pride at being able to do something that not many other filmmakers could do. “Its a rare thing that a full feature, that will come up to pro level, is being shot world wide during a lockdown and will be out in record time for a feature movie.” There will be more to follow with this   adventure in seeing Toxic Alien Zombie Babes From Outer Space come to fruition so keep your eyes peeled here (or just bookmark this site because eye peeling gets unnecessarily bloody with exposed optic nerves and such!). Just to tease and tantalize all interested chiller and gore hounds out there until the picture debuts, included here are the first effects and image shots from the movie, hot from the hands of the director himself.

For more information on the film, check here:

And you can keep up to date with the cast and crew here:

You can also check out Christopher Elswick and Gregory Mattson’s podcast Slinky’s Liquor Pawn and Video show here (well worth the watch. These guys are good!) 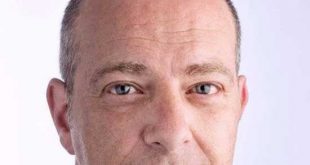