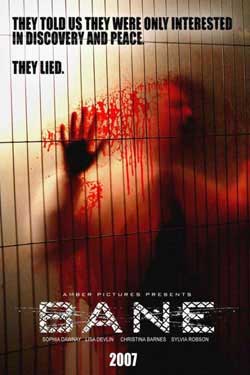 Four women awake in an underground cell with amnesia. The women soon discover that they are part of an experiment with no obvious purpose. They are visited, one by one, by the SURGEON who cuts a four digit number into their skin with the exact time he will return to kill each of them. The woman must quickly piece together the dark secret behind the gruesome experiment and survive the his nightly visits of pain, torture and grisly murder. Be prepared for a shocking ending that will leave you breathless!

4 women who awake in isolation within a locked quarantine holding room find themselves scared, confused, and without a clue as to why or how they got there. Our 4 ladies are Jane, Elaine, Natasha and Katherine. Shortly after a doctor, his assistant and a masked covered security guard enter, they are told that there memories have been erased by choice or rather that they volunteered to participate in an experiment. This strange sterile environment is clearly a testing facility of some sort in where most of the staff is confined to white featureless gowns, masks and outfits. With no recollection, the girls are not only without memory but also without answers. The proceedings evolve with more and more horrifying results.

Shortly after the are taken individually to answer questions while attached to a brain wave monitoring device. As they agree to submit to medical sessions, they are given single opportunities to get a question answered. Though never revealed as to why and what they are being tested for. The doctor (Daniel Jordan) who I never got his name (in credits its listed as Dr. Murdoch) plays a pretty snide, and snobbish role of the main doctor in charge. Although that role was intended, I was anticipating any moment for one of the girls to give him a squared off nut-kick to wipe the smirk off his face for just a moment. While it’s apparent that he enjoys his work, its not hard to recognize that he’s a prime target for revenge when the tables turn. The women in captive try and cope with their situation and isolation.

The film is clearly built on an environment scenario that’s purpose is to provide reveals in short batches. It’s setting is an all white, sterile enclosure that provide a sense of paranoia and displacement among the captives. Much that we see comes at a equally paranoid state of strange images that are equally uninformative. Bloodstained sheets, strange knife weilding maniac, carvings of 4 digit numbers that seem to appear in increments on each subject, tenxtackes..and creepy hallucinogenic tantrums are a part of the trip they seem to be on.

Production was minimal. The set was kept simple with plastic covered walls and enclosures. This technique was similar to the film “Cube” which also re-used set pieces to infer that the set was much larger than what was shown. It’s a pretty clever to way to save on production costs by using alot of the same materials applying different camera perspectives. No harm with that, I just thought it was a good example of taking this approach. Alot of other things like the electric cage walls were simulated using abstract cutaways to suggest the effect. All pretty clever moves that don’t require a huge budget to pull off.

Bloodshed? there’s plenty here, but alot at first comes at you in a confused state. Its one of those situations which your hoping that they don’t pull the “dream sequence” card every time (which they don’t) but is abstract enough to question the current state of reality the captives are experiencing.

The biggest question viewers will have is where is it all going? Luckily it does reach a point of resolution, which I was hoping it would rather than some purely abstract journey. Since the version I viewed didn’t have subtitles, there was alot of information spoken that was hard to hear at times, so while I did get the gist of it, there was moments that still need some clarification. Hopefully the DVD release will “have” subtitles for this specific purpose. At which I’ll probably go back and fact check again on a few things.

Overall, its a original story with lot of strange moments. The film wasn’t bad at all, just a bit confusing through a majority of it. Direction was helmed by James Eaves who has a great feel for this kind of stuff. Again kudos on using minimal resources to tell a tale in full. I’d give this one a whirl and see what ya think. 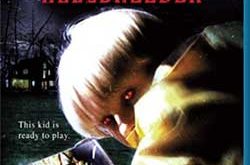