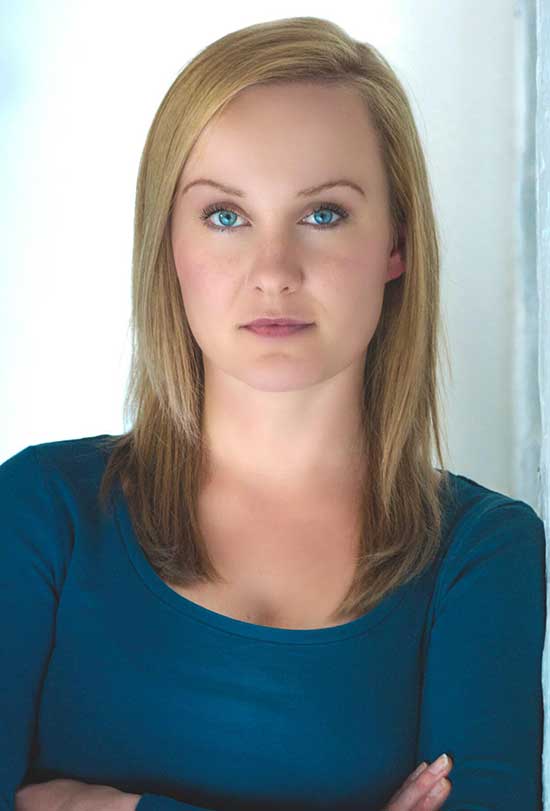 Please tell us how you got into acting and stunt work?

So, my story of getting into acting is pretty simple! I always knew I wanted to be a part of the entertainment industry and my first taste of being on camera was at the age of 11 or 12 when I played the lead in a short film that was made by my Kung Fu club. I then went on to train in Musical Theatre at College and upon graduation I worked and travelled overseas for 6 years. At the beginning of 2017, I decided it was time to hang up the dancing shoes and start paving a career on the screen. The rest is history, as they say!!

Stunt work is a very new one for me. I have always done my own stunts and so far, they have been relatively small like falling to the ground, short fight sequences etc. A month ago, I was presented with a wonderful opportunity by Daniel L. Bamberg, director of ‘Survivor Girls’ who was interested in me working on his latest, not only on camera but as stunt coordinator. I really enjoy Choreography – as an ex-dance Choreographer in hotels and resorts – and after speaking over the phone, it just seemed like a perfect fit!

Q. Tell us about FRIDAY THE 13TH VENGEANCE and how you got involved?

A. With Vengeance, it really is a classic tale of ‘right place at the right time’, or some may call it FATE! In January 2018, I worked on a feature film called ‘Monster’, directed by Matt Shaw, which went on to screen at Crypticon Seattle in May of that year. I couldn’t pass up the opportunity to watch my movie on the big screen in the US so I flew out there for the Con and at the guest and VIP party I subsequently met Jeremy Brown, the director of ‘Friday the 13th: Vengeance’ (at the time, it was in development stage). He had watched ‘Monster’ when it screened earlier that day and liked my performance. We carried on speaking for a few months and he asked me to audition in October/November 2018 – I was then offered the role of Trinity!

You mentioned you are involved with martial arts.  Why did you decide to pursue that?

A. I first got involved in Kung Fu when I was 10. My dad used to work as a builder with Sifu Steve Whiteley and suggested that I should try it out for a few sessions. I didn’t like it at first – I guess I was a little intimidated by the older kids all with different coloured sash’s on – but after 6 months and a couple of successful gradings, I was hooked!

What was it like working with the director and the cast of FRIDAY THE 13TH VENGEANCE?

Working with the whole team was an absolute experience of a lifetime! I was the only non-American and I was worried about feeling like an outsider and being left out (as the majority of the cast and crew had previously worked together and they had all come together for a script read) but I couldn’t have been more wrong! Everyone was so welcoming and the most of us are all still in contact daily. I love how quickly you get to know the people you are working with whilst on set – many night shoots, many long days, many coffee pods – and on top of that, we made an incredible piece of fan history. I couldn’t be more proud to be associated with Vengeance and I have no doubt in my mind that it will go on to exceed everyone’s expectations by a long shot!

What can you tell us about SURVIVOR GIRLS?  Are you doing anything special to prepare for the character?

Much of ‘Survivor Girls’ is under wraps at the moment but I can tell you that the movie as a whole, explores several, very current, worldly issues that impact our daily lives. It is a very female driven movie, which I absolutely love and although I haven’t met any of the cast or crew, I can just tell that we are going to have a blast on set!

Obviously, I am learning my lines but on top of that, I am following a really strict fitness regime. I may or may not have put a little weight on over my last trip stateside (Can you blame a girl? I was introduced to corn dogs, snicker doodles, root beer, Red Robin & Taco Bell. DUH!) So I am working really hard to lose that extra weight and tone up!

Q. Who has inspired you professionally?

A. I have spent my whole life being inspired – friends, teachers, influencers, gymnasts, dancers, singers etc but especially by actors! Every actor I watch has made an impact on me in some way or another. Right now, my biggest inspirations are other actors who are currently in the indie film industry. We are all in it together and the industry is hard enough without any of the ugly stuff and we all support each other, which is such a great feeling. It is like a community! It does sound very cliché, but honestly my biggest inspiration is, and always will be, my parents. They have supported me to the ends of the earth, been my biggest cheerleaders at a premiere or when I get an audition/new role and they both help me with my self-tapes (kicking and screaming…. Only joking!!) They inspire me to one day, have someone to love and support as much as they do me.

Did you grow up watching Horror films and movies in general?

A. Yes, I did! I’ve always been a big lover of all kinds of horror. I was always one of those kids who liked to watch movies that I wasn’t allowed to, like an 18 rated, when I was 14 or something like that. I also like to push myself so I will deliberately watch a horror by myself at night, home alone! I have always loved fantasy, sci-fi and adventure movies and hope to work on some of those genres in the next year or so.

Do you have a favorite film that stands out?  A go-to film?

As weird as it sounds and as much as I love horror, my go to movie will ALWAYS be Matilda! No matter what mood I am in, I can always sit down and watch it. In terms of favorite movie, I do like the SAW franchise, not just for the gore, but for the incredible twists at the end. A movie which isn’t widely known is ‘Triangle’ which is more of a psychological horror with elements of gore. It’s one of those that keeps you guessing until the end and will have you questioning everything you do for a few days after too! If you haven’t seen it, you totally should.

Do you hope to do a lot of stunt work in films?

It isn’t something that I have thought about to be honest. I will always try and do my own stunts where possible, but in terms of being stunt coordinator, I would love to – as long as I can still be on camera at some point! Being from a martial arts/dance/choreographer/gymnast background, it does feel right!

What is the best piece of advice you have received from someone or do you have advice you would like to share? (About being in the movie industry)

There have been many pieces of advice that I have been given, taken on board and have followed implicitly over the years. The main and most recent one from a fellow actor was ‘as an actor, you should strive to work in an environment which loves YOU’. It doesn’t sound like much but actually, it hit me in the feels instantly. Lately, I have found several areas of the industry that I have been really pushing to work in but have had nothing back, whereas, there have been other areas (including different countries) that I have had success in so I will continue to follow that route!

What has been the most challenging aspect of making a movie?

For me, I have ADHD, so the hanging around and staying level between scenes is the hardest. I think most actors or performers have some form of ADHD so they understand where I am coming from here. When I was younger, it was a lot more prominent and I have definitely grown out of it as I have aged.

I get bored and restless very easily so unless I am on a set which works at 100mph, I do tend to get restless and have been known to be the creator of practical jokes whilst on rest time before being called on set…

I’d also say that a big challenge is the anticipation of completing production and having to wait several months before being able to watch the final product! It’s ALWAYS worth the wait though!

What do you to say to fans/audiences that will be watching the films you are in?

I am very fortunate to have a VERY loyal following right now and, although it doesn’t cover the gratitude that I have, I would like to say THANKYOU! Your support means more than you can ever know and encourages me to strive to be the best that I can and bring out the best performance that I can give. I never ever take a ‘like’, a ‘follow’ or a ‘share’ for granted and always message the person with a big thankyou!!