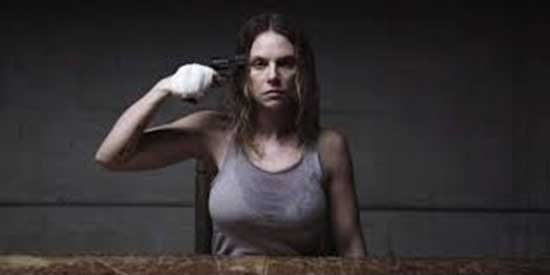 Hi Abbi, How are you?

Abbi- I am well. Thank you.

Abbi, you did such a great job in “The Odds.” What did you do to prepare and how did you get involved with the film?

Abbi- Thank you for that. My agent contacted me and said, we have this really intense script that you might be interested in. So, I ended up reading it and I loved it. I ended up reading it two more times and thought, oh my gosh I have to do this. The writing was so good and it was so intense. That is kind of how I got started. Then I met with Bob Giordano, the writer/director and we just kind of talked through the character and who she was, how she found herself in this place and how she got here and what she was doing. That is how everything kick started.

Abbi- It was honestly a dream working with Bob. It was his directorial debut. He is really impressive. He is just a calm spirit, he’s a really smart guy. He is an intelligent screenwriter. I think one of the things that makes a director great is… they call them “actor’s directors,” when you feel you can collaborate with a writer/director. I think he was open to input and he was really open to what my interpretation of the Player character was and why she was saying the things that she was, why she was wearing the things she was. Bob was really open and interested in what I had to bring to the table and that made him a dream director to work with.

You know what I loved about this movie is the fact that it is a good story and you do have fun watching this movie but you also take something away. You and James also seemed to know each other forever. That made the scenes so fascinating. What was it like working together?

Abbi- It was great. James Fuertes, we had known each other for about four years. We had been in an acting class together on and off. So, I knew him from being around town. Short of us acting in class together, we had never acted together prior to this. Working with a scene partner that you know definitely helps with the chemistry. Bob created a team of people around him who were hardworking and they wanted to tell the story right. 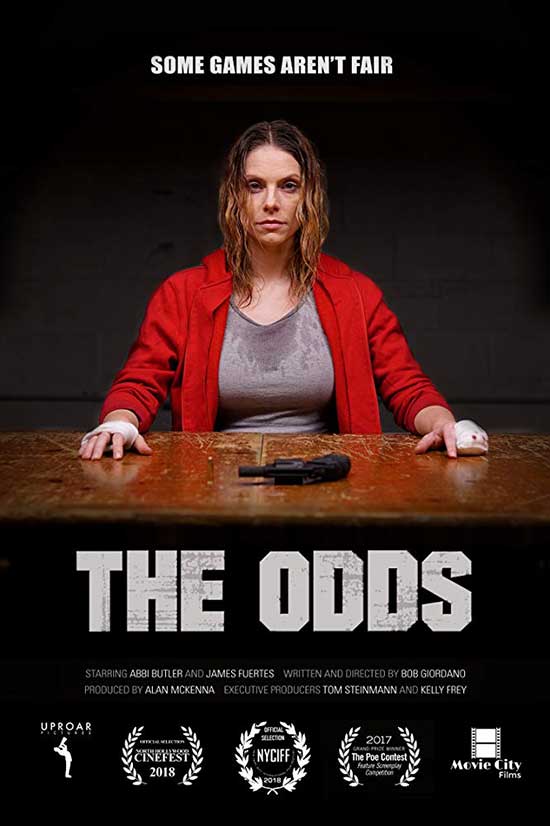 Did you do anything special to prepare to play the Player?

Abbi- You know, I am an imagination based actress. I definitely haven’t gotten into the method acting where I have to feel the torture in order to act the torture. For me, I think when I read this character I thought oh, I think all of us can relate to this kind of primal thing that if we are pushed to the extreme, could we survive? Like, would we be able to do it. I think as human beings we are much more capable than we realize. I use a lot of imagination. For me as an actor I love anything that is going to feel like a psychical challenge.

Abbi- I would say this… as much as I enjoyed the stunts and things like that I think all of the table conversations between James and I. The banter at that table was fascinating. Those are my most favorite scenes. Psychologically trying to get through everything. You know what I am saying.

Yes, yes… That back and forth banter between the two of you. You seemed to feed off of one another.

Abbi- That is possibly my favorite. Yeah, I love scenes where there is so much being said without the thing actually being said. James is an incredible scene partner.

What do you want to say to the people who will be watching “The Odds?”

I think you did such a great job. Thank you for talking with Horrornews.net today!

Abbi- Thank you so much for having me. It was fun to revisit it all. 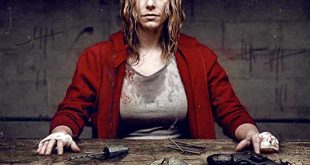