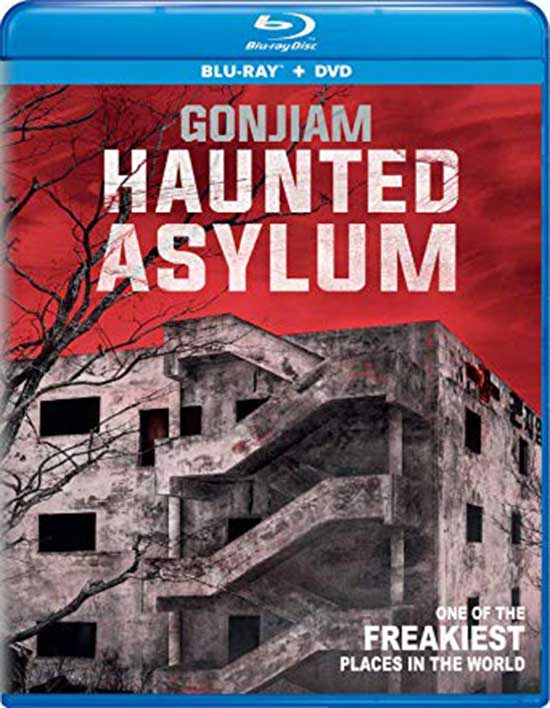 The crew of a horror web series travels to an abandoned asylum for a live broadcast. It soon encounters much more than expected as it moves deeper inside the nightmarish old building.

Ever since the release of The Blair witch Project in 1999, found footage horror has been here to stay. No longer is it seen as a passing trend, but as a sub-genre on its own right covering a myriad of horror topics from alien abductions to brutal serial killers.  However, the supernatural, specifically haunted houses, seems to remain the most popular subject matter. This particular approach on the genre has unfortunately overwhelmed the market with innumerable films of a nearly identical premise and very little imagination.

In this sea of lazy film making it’s sometimes impossible to find anything actually worth seeing, but every now and then one gets lucky. Films like The Taking of Deborah Logan (2014), The Borderlands (2013), Noroi: The Curse (2005) and The Atticus Institute (2015) certainly have left many a viewer, myself included, very unnerved indeed, and after seeing Gonjiam; Haunted Asylum, I would quite happily add it to that list. It’s not a film without problems, but still something worth sticking with. 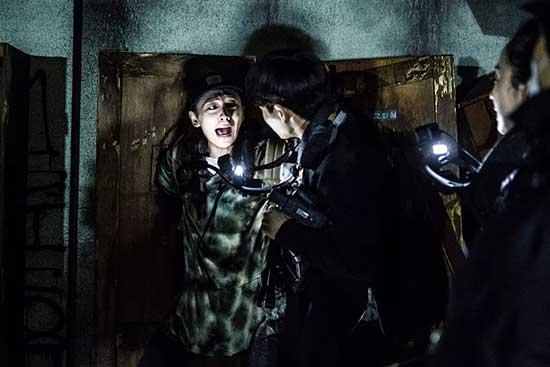 As a representative of the found footage genre, Gonjiam has a small advantage over its various counterparts; the location of the supposed haunting is in fact a real place. While people are no longer as easily fooled to believe found footage films to be true as they may have been at the time of Blair Witch, using an actual real life “haunted” location is a nice little touch and helps to blur the line between fiction and reality that little bit further.  Located just 40 minutes outside Seoul in small city of Gwangju, Gonjiam mental hospital is considered one of the most haunted places in South Korea and is mentioned in several different “most haunted places”-listings online. it’s abrupt shut down in the 1990’s was a catalyst for stories of crazy doctors, missing patients and unexplained deaths.  The reality of course is much more mundane and the somewhat disappointing truth of the matter is that Gonjiam closed down, or rather was forced to do so, because of economic downturn and some quite serious sanitation issues, rather than anything sinister. But why let the truth stand in the way of a good story? Over the years there has been many tales of curious tourist running out of the building screaming with terror and reports of mysterious voices heard in the corridors along with bloody scratches appearing on terrified visitors unexposed skin. These together with the rumors of abused patients and psychotic doctors have fed into the local folklore and helped the place to build the reputation it has today, and thus making it a perfect setting for a found footage horror. 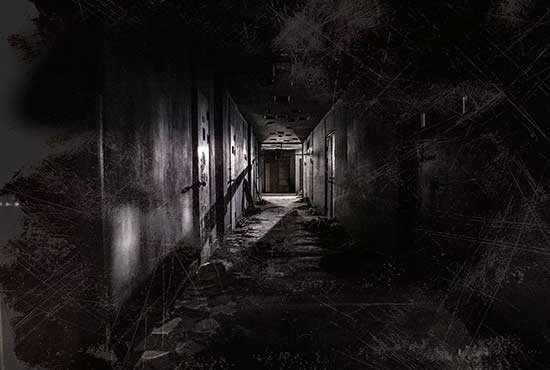 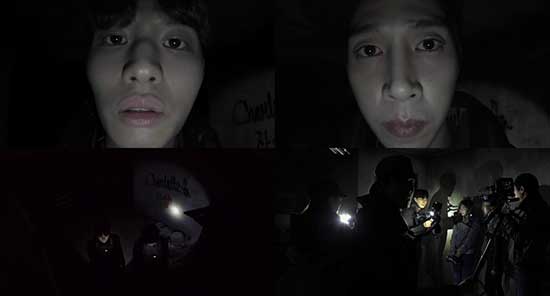 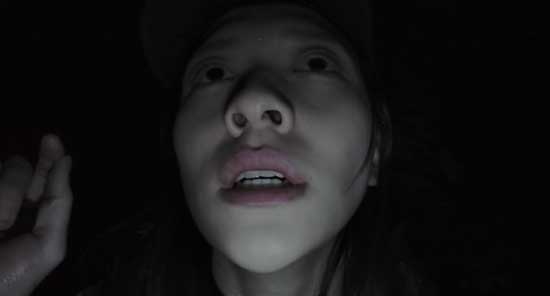 The basic premise is, as in so many of the representatives of this genre, a group of people, in this case a crew of a horror web series, looking for evidence of the supernatural in a famously haunted location (Gonjiam Asylum). Live streaming every little move on their go-pro cameras, some of the crew are unaware that in order to up their viewer numbers, the show’s host has planned a few little scares on their way. However, the further into the building our protagonists venture, the more apparent it gets that not everything is going as planned. 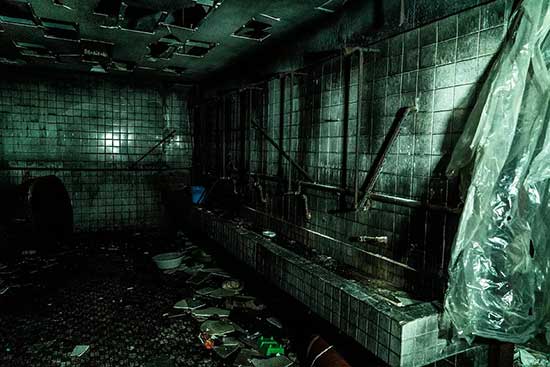 So, plot wise, nothing exceedingly original or exciting. I would almost go as far as saying annoyingly predictable. While the actual real-life location is a strong point for the film, a bit more originality on the story department could have made this film a whole lot more interesting. Gojiam definitely borrows from other films of the genre, perhaps most notably Grave Encounters (2011), not only setting wise, but also shamelessly stealing the idea of the characters getting stuck in a reality loop with no escape (which in return was of course borrowed from aforementioned Blair Witch). Another problem is the somewhat tediously long intro. Quite a bit of the film is taken up by the crew actually getting to the location and then setting everything up. Even when they finally do get into the hospital itself, it takes just a tad too long for anything substantial to start happening and I personally started to worry that this too was going to be yet another unfortunate example of badly paced cheap scares, interspersed with irritatingly shaky camera work. The characters wander around somewhat aimlessly for a little bit too long for my liking and on numerous occasions there seems to be a missed opportunity for a good, quality scare. 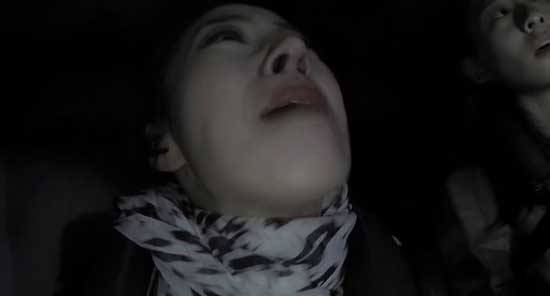 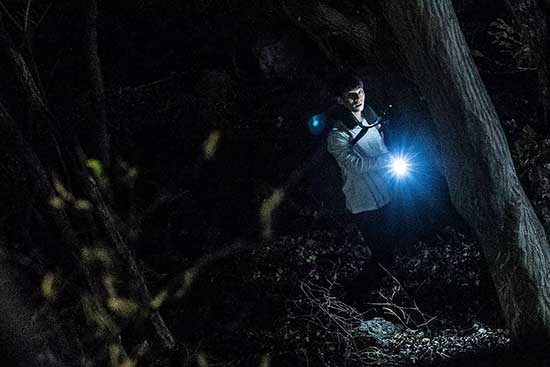 However, once the film gets going, it gets going and there’s scares a plenty for those who wait. The special effects are executed with care, which after the slow start with predictable parade of slamming doors and eerie sounds, took me quite by surprise. There are great moments with palpable tension as well as scares that will get you on the offbeat, both coming beautifully together to make you want to hide behind the covers. 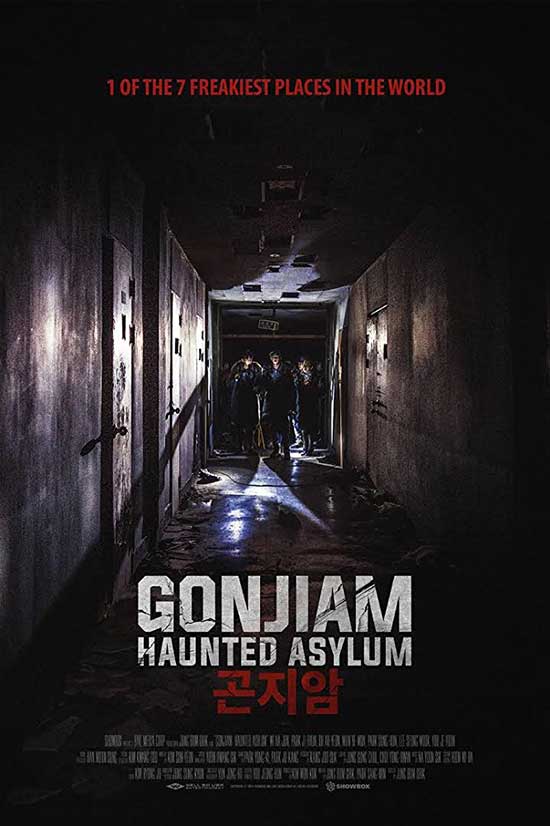 While the last part of the film maybe not be quite enough to completely redeem the rather leisurely pace the beginning, or for the fact that the story is undeniably unoriginal, I would still quite happily recommend Gojiam to any fans of the found footage genre. Is it the most innovative piece of work out there? Absolutely not, but even with the incredibly uninspired plotline, Gonjiam still manages to offer a few surprises as well as some genuinely eerie moments, all well worth a watch. 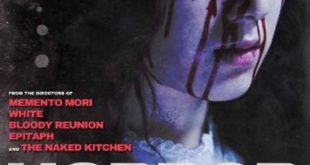