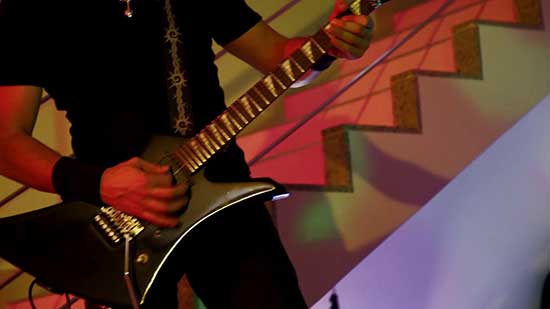 Fatal is the most recent short film put together by Astaroth Productions. A quick scan of the credits will find many of the usual suspects at work here: directed by Larissa Anzoategui, written by Ramiro Giroldo, and cinematography by Anzoategui and Pedro Rosa – these are the same filmmakers responsible for Astaroth, Red Hookers, and A Janela da Outra. This film takes a slightly different approach in comparison to the others, but fear not, the familiar aspects of sex, blood, and demons are all still in there. In fact, they are the primary focus.

The set up is fairly simple and familiar: a dude is chatting with a girl online, relentlessly flirting. She shows him a sample of her art, he says he wishes he could see it in person, so she invites him to a party. He readily accepts, and then, via on-screen text blurbs, brags to his friends that he has succeeded in his conquest, and now he’s gonna get laid. She also writes her friends, letting them know, in no uncertain terms, that this dude has taken the bait. Fatal starts off taking the familiar trope of “girl getting tricked into danger” and flipping it on its ear. Unlike what befalls the lead woman (Ju Calaf) in Anzoategui’s Limerence, the women here are going to be playing the role of aggressor. 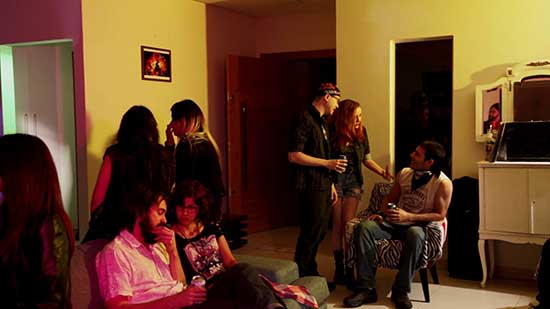 Little nods and winks by directors often times make me happy, so when we see this guy show up at the party, and it seems to be the same house party as featured in Astaroth, I couldn’t help but smile. His party experience is very different from that of Dri, Mai, and Lia; he heads upstairs, following the beckoning cutie he assumes he’s been talking to online. While downstairs is a place for drinking beer and headbanging, behind every door upstairs is sex, sex, sex. First door is a dude getting a blow job; second door, two ladies making out; door number three presents a dude bound to a chair and covered in a blanket. Now, it’s easy for Sarah Polley, in Doug Liman’s Go, to get the hell out of there when Jay Mohr’s character tell her, “Go!” However, when two beautiful topless women enter a room, it’s hard for the dude determined to find sex to feel like he’s in peril, despite the tied-up guy telling him to run. Giving in to sexual urges has been the downfall of many men, and this guy, who came across as a bro to begin with, finds himself in the best/worst position he’s probably ever been in. But he won’t be bragging about this one to his buddies. 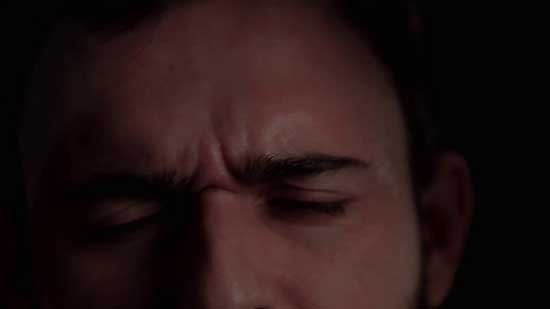 Fatal starts with a simple premise, reaches a quick build up, and then indulges in a literal blood orgy of excess for the finale. Quick and to the point (not quite hitting the 13-minute mark when all is said and done), the Astaroth Productions crew and makeup effects artist Palmira Nogueira (see also the photo essay on the Astaroth Productions page for more) put together a sexy, bloody, demonic short film that indulges in fetish while still focusing on strong women in charge (is there anything sexier?). This most recent of the Anzoategui/Giroldo efforts is simple but effective. It is available through Astaroth Productions as a short, but also featured alongside seven other Brazilian directors as part of the Tales of Death 2 (Contos da Morte 2) anthology. Fatal is a must see for fans of this filmmaking team’s previous works and Brazilian horror in general, and for anyone who thinks sex and gore need to work hand in hand much more frequently.