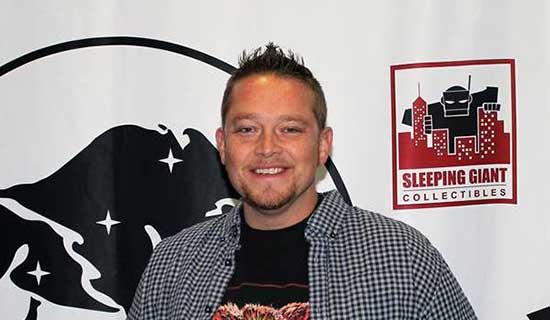 Hello Richard, thank you for taking the time to do this interview with me for Horrornews.net. Please tell us how you got involved with this incredibly unique film? “Dogged” is so different from anything I have seen. It has so many interesting aspects and there is a sort of seedy type of creepiness that makes it really good.

Thank you for having me! I’ve always been intrigued by the folk-horror sub-genre – one of the earliest films I remember seeing was the original The Wicker Man – and it really stuck with me.  I love the way that the sub-genre can subvert normal horror tropes – by way of making the protagonist the “odd one out” in an environment of weirdness, by making the landscape and the daytime scary – but in an unsettling way rather than with shock tactics.  “Dogged” is a story I can relate to on several levels – I think that feeling of going away to college/university, experiencing life in a way you haven’t before, and then coming home again – and being put back in a box, so to speak, is something that a lot of people are familiar with, and one which I wanted to portray – albeit in an exaggerated manner for the purposes of the script.

What was it like working with the incredibly talented cast?

They were an absolute joy to work with, without exception.  We knew Sam (Saunders) and Aiysha (Jebali) from our short films – and we had an open casting call for everyone else.  We were very lucky that we had almost 500 applicants (which blew my mind) – and finding the characters amongst the actors was an exciting journey.  I think Toby (Wynn-Davies) gives an incredible performance as our antagonist – largely because the character, despite being terribly evil, truly believes that what he is doing is acceptable – and Toby has acknowledged that it was this which helped him embrace and live the role of David.  Debra (Leigh-Taylor) and Philip (Ridout) also give great performances as parents which I enjoy re-watching immensely.

It is beautifully shot and there are some interesting locations? Did you feel that some of the locations became actual characters in the film?

Thank you – our talented DOP Chris (Foulser) and VFX artist Lee (Wignall) helped create so much of this.  It’s key, I think, with folk-horror, to ensure that the landscape and environments are an essential character in the film.  Narratively, by isolating the characters on a tidal island, you bring in to play the location itself as a huge part of the film.  Sam’s house too – with all of its wooden beams, also helps to convey that aspect of him being trapped within a world he’s desperate to escape from.  The forest too plays a big role – as it does in a lot of horror films – in that we’re never quite sure what’s lurking in the shadows.

The seriousness and tension during some of the scenes seemed intense. Did the actors have to do anything special to prepare?

Yes it was indeed!  We rely heavily on characterization in the film to make the story more real – none more so than the relationship between Sam and his father – they’re totally at odds with each other.  For the scenes that did require that intensity, we rehearsed and played the scene out multiple times and shot it from lots of different angles to find the most interesting elements to those scenes.  I think the actors in those scenes reveled in them – it gives them a chance to flex their muscles!  It also helps that writer Matt (Davies) was on hand during the shoot to talk with the actors about deeper meaning to their dialogue, and how it would affect their performance.

This film felt as if you added lots of information that make you question everything. Was that something you wanted to do or was that the writing? (Also subtle things like the film posters were beautiful.)

Yes every scene has a lot of attention to detail – and a lot of that was down to our amazing production designer Mel (Wignall) – the meetings she and I had before shooting were insightful for me– and touches like the movie posters are all done for a reason – in Sam’s bedroom we wanted to illustrate that when he left the home, he was a little lonely boy – hence the “Star Wars” poster and the one for “O Brother Where Art Thou?”.  The intent was on the written page, but bringing it to life is the job of the production team and myself – and I think we did a good job of getting everything from the script to the screen.  The film is also littered with horror easter eggs (in the dialogue and mise-en-scene) for the super-geeks like me – mainly from my own personal favorites like “The Shining”.  So good luck finding them when you re-watch it!

I love the sequence that plays out in the flashbacks, when we find out what really happened to Megan! 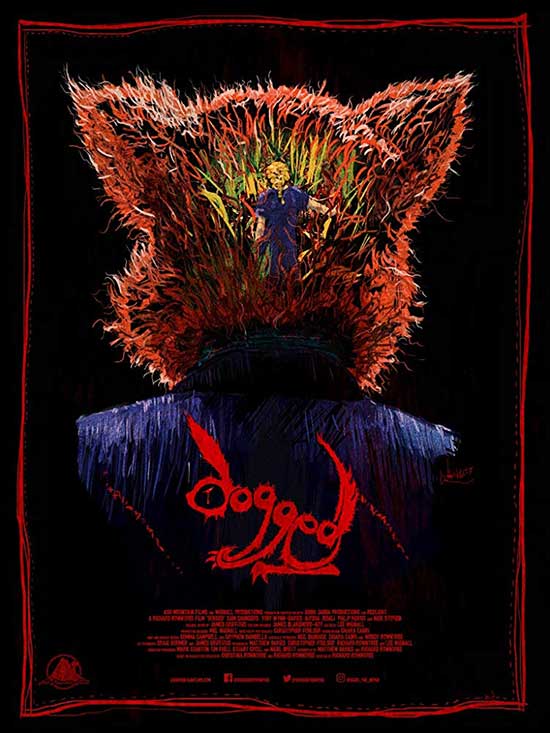 I try to take on board inspiration and ideas from every film I watch – I would say people like David Fincher, Alfred Hitchcock, Stanley Kubrick are masters and I would aspire to achieve their level of unique vison one day.  But I do love watching all movies, so there’s bit of inspiration from many different sources.

Did you face any challenges while shooting? The dark scenes where they are driving and it is dark, were so realistic and creepy. I have driven on some strange, creepy and dark roads like that. It made the film even creepier.

Yes it was a challenging shoot for lots of reasons!  We had 22 principle cast, locations all over the south east of England and a relatively tight budget for the level of ambition we had for the production – so organizing the logistics was probably the most difficult part of it all.  We did try to make everything as realistic as possible, and that in itself is challenging for everyone from the gaffer to the production designer to the hair and makeup team.

You have worn many hats including producing, writing, and art. Which do you feel has been the most challenging so far?

Directing my first feature was more difficult than I could ever have imagined!  I worked for about 5 years as a director’s assistant, and I would watch on from afar thinking “oh this is easy” – but when I made my first short I quickly realized that wasn’t true!  Stepping up to a feature is daunting in some ways, but it’s also hugely exciting – and despite any apprehensions I has beforehand, I loved every minute of it.

I’m 9 weeks away from shooting my second feature – a home invasion horror/thriller called “Nefarious” – which in some ways is a polar opposite film to “Dogged” in that it’s very confined to one location, minimal cast, set over a period of one day.  I wanted the challenge of doing something so far removed from “Dogged” that it would be a refreshing change of direction.  It’s a very exciting script, and I can’t wait to get started.

Do you feel there may be a sequel?

Haha! We’ve had lots of comments asking about a sequel, or spin off for “Dogged”.  I think the ending, in particular, will make people think that we’ve left it open ended for that specific reason, but I can assure you there was no intention of that when we made it.  We have talked about how we might go about it – and we’ve come up with some pretty exciting possibilities – but if we do go for it, it will be a little way in the future as I have the next couple of years lined up. 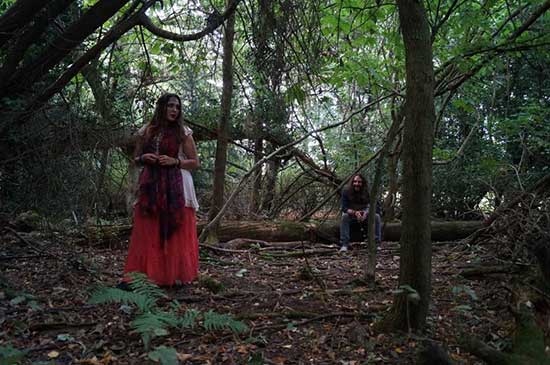 I thank you so much and “Dogged” was so well made. It has this sort of beautiful intensity.  The characters are so well written and the shots are incredible. The idea of a man running around with a sort of wolfish looking dog/ animal heads on was incredibly creepy… But, in a good way. The type of way that a horror/mystery/suspense fan goes, oh, what is happening here? What is this creepy dude up to? He is lurking about and all kinds of mischief is going on but who or what is the start of it? Also, the darkness and realistic feeling of seeing them drive on such dark roads creeped me out and I am never creeped out but I always know that I have driven on some of the weirdest and darkest roads. So many things can go wrong on dark, back roads. SO, thank you!

Well I’m delighted and flattered that it hit home with you!  Audiences at festivals have been really appreciative of the film too, so I do hope it finds its audience.  People seem to appreciate that as a first time horror filmmaker I haven’t gone for the usual, and have tried out an under-appreciated sub-genre with some interesting characterization instead of a found-footage/zombie/slasher type movie.  It’s best watched in the dark too to really bring out that creepiness!  Thank you for having me. 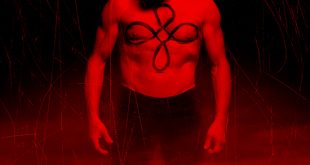