Home | 10 Year Anniversary: Living with Horror: Janel Spiegel: “May your nightmares inspire you”

Living with Horror: Janel Spiegel: “May your nightmares inspire you” 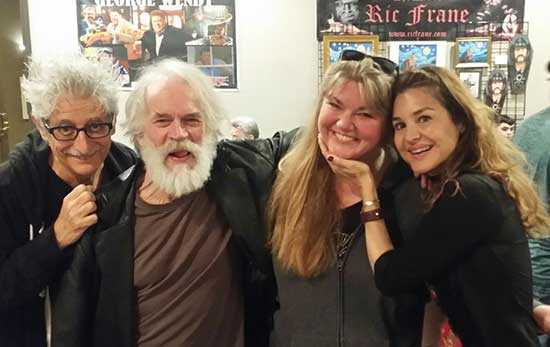 I grew up always wanting to write. Whether it was a story, a poem, a paper, a random list of things I wanted to write about. I was always writing. I was first published in the second grade. I wrote a story and was picked out of my entire school! I wasn’t sure exactly at the time what that meant being in second grade and being told I was such a “great writer and story-teller.”

“No matter how beat we are, we always get up!” No ROCKY didn’t say that although he may have. My mom says it! We started watching “Supernatural” which is like a food staple for some of us. If you haven’t watched, “Supernatural” you should.

I have always loved to read along with writing. However, it is my love and deep abiding passion for Horror that has driven to me to nights of insanity when you write on anything and everything. You tell stories, you do interviews, you write poetry, you are writing a book, a novel! The famous thing I get when I say, “I’m a writer,” is “Oh, me too, I write poetry and stuff.” I am happy to talk to people about writing but there is no formula I have.

It is not really something that you can teach. You either write or you don’t. That is what I was told by one professor who stood in front of me in class and began to tell me that if I do not write, I am wasting my talent. She said she never read a story that she felt so involved and as if she were part of the story. That is always the best compliment when someone says, “It was so good, and I felt like I was there.”

My mind sometimes goes faster than I can type and I can type at lightning speeds on occasion! Horror has been an escape in my life. I grew up with divorced parents and my incredible artist/nurse mom raised me. She never looked at Horror movies and said, you cannot watch that. I always felt like an outsider. I went to Catholic school with divorced parents, a family that is all over the place and a “rolling stone” artist of a mom who is amazing.

Movies I love. They are scary, horrible, magical, wonderful, and brilliant. They are horror movie. “Dracula”, “Sleepy Hollow”, “The Howling” “Halloween” (it doesn’t get any better. It is Halloween for a horror fan every single day!), “Opera”, “Suspiria”, “Psycho”, “Evil Dead”, “The Shining”, “The Exorcist” (It never scared me though! I am told I’m weird), “It”, “The Hills Have Eyes”, “The Devil’s Rejects”, “The Texas Chainsaw Massacre”, “The Silence of the Lambs”, “Rosemary’s Baby”, “Nails”, “A Nightmare on Elm Street” (anything with Robert Englund in) “The Thing”, “JAWS” (One of the greatest films ever made!) “Scream”, “From Hell”, “Night of the Living Dead” (George Romero is the greatest) “Nosferatu”, “The Strangers”. “The Candyman”, “The Omen”, “Hellraiser”, “Poltergeist”, “The Fly”, “An American Werewolf in London”, “Carrie”, “The Conjuring”, “House of a 100 Corpses”, “Frankenstein”, “Insidious”, “The Wolf Man”, “Wolf”, “The Invisible Man”, “The Mummy” (Karloff’s Mummy), “Bride of Frankenstein”, “Mary Shelley’s Frankenstein”, “Creature from the Black Lagoon”, “When a Stranger Calls” (Original one), “House on Haunted Hill” (Anything with Vincent Price, Christopher Lee) “Freaks”, “The Pit and the Pendulum”, “Hush 2016”, “Child’s Play”, “Saw” (Got to love Jigsaw), “Dead Silence”, “The Purge”, “Predator”, “Alien”, “American Psycho”, “Wrong Turn”, “Urban Legend”, “I Know What You Did Last Summer”, “Dark Shadows” (The show), “The Lost Boys”, “Subspecies” (ANDERS HOVE IS INCREDIBLE and DENICE DUFF), “In The Mouth Of Madness, “Fright Night”, “Fright Night II” (Julie Carmen!) “Practical Magic”, “Drag me to Hell”, “Pet Sematary”, “the Lullaby”, “House”, “Phantasm”, “Altered States”, “Sometimes they come Back”, “The Beyond”, “Scanners”, “Basket Case”, “Ed Wood” (not really horror but it is so good.) “The Toxic Avenger”, “In Dreams” (Robert Downey Jr. and apples) “Re-Animator”, “Spookies”, “Interview With The Vampire”, “Alfred Hitchcock Presents”, “From Beyond”, “The Texas Chainsaw Massacre 2”, “The Gate”, “Bad Taste”, “Evil Dead II”, “They Live”, “Near Dark”, “Beetlejuice”, “Hellbound: Hellraiser II”, “Jacob’s Ladder”, “Begotten”, “Nightbreed”, “Return of the Living Dead III”, “Masters of Horror” (Especially, “Cigarette Burns”) “Castle Freak”, “Lord of Illusions”, “The Dentist”, “Marathon Man”, “The Last House on the Left, 1972”, “Repulsion 1965”, “Gaslight”, “May”, “The Doom Generation” (not really horror but some of the best images and just such a good movie), 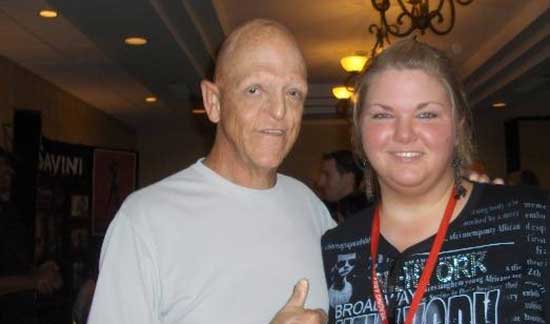 I write sometimes late at night like I am doing right now. It is 2:00 AM and all of the sudden the words flow. I have had the honor of interviewing some of the greatest writers/authors ever. I’ve met some of the greatest writers including Nick Kisella who could tell you a story in person and leave you mesmerized. He could write a story like it was nothing. He was a genius as a writer and a person. I always say he is like a real-life Superhero. I was able to meet, Anthony Saint Thomas who is also the husband to “Tha Original Gata” Monique Dupree. Anthony Saint Thomas is one of the most original writers I have ever met. He is a good soul and his family is incredibly talented.

When I was growing up, Horror sort of happened. It became a part of my life quick. A lot of stuff happened in my life in which I would watch Horror movies to “escape” from the real scary stuff that was happening in real-life. I remember watching, “The Howling” with my cousins and thinking this is cool! Being a werewolf is awesome, but not for poor Dee Wallace who is just awesome! I have watched everything from “The Hitchhiker”, “Elvira: Mistress of the Dark” (and of course I wanted to be ELVIRA and I got to speak to her and interview her! Something, I never thought I would do! But, I got to do this because of Horrornews.net)

My mom never judged either. She is an artist and always sees things creatively. I think that makes a difference. I wasn’t ever scared of anything either. Maybe it was the fact that real-deal life was slightly scarier. I remember watching “The Exorcist”, “The Twilight Zone”, “The Addams Family” (I wanted to live with them until I realized these people are actors and filming television shows and movies.

I discovered everything from Horror conventions and some of the greatest friends on the face of the planet because of Horror. It is a community and we tend to stick together. I cannot remember my first meeting or really even how I completely got involved with Horrornews.net but I do remember each person I would communicate with was so cool. I’ve had people say some strange things to me as a “Horror fan.” 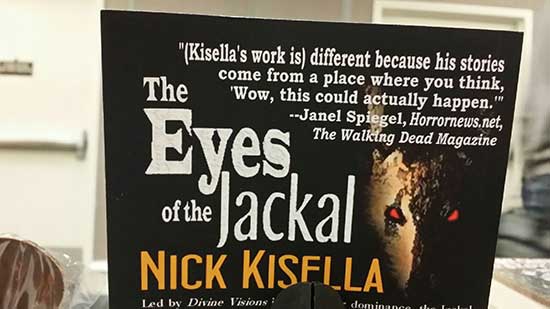 When you are a writer it can be difficult because you just want to express yourself. Being a writer for Horrornews.net has given me the ability to just ask any person on the planet a question! People sometimes ask, what do you for Horrornews.net and I used to say, Oh, I do the interviews. It changes as I’ve been able to do film reviews and I’ve done interviews in strange places. I remember talking with actor Jonathan Breck whom plays The Creeper in the “Jeepers Creepers” films. I was in my car and the call was connected and sometimes you allotted a certain amount of time but, sometimes you ask one question and it leads to fifty more questions.

Jonathan Breck was kind enough to speak with me and I started to tell him about some of my friends and family and those of us that were excited about “Jeepers Creepers 3” and he said, he had a special shout-out and he started whistling The Creepers’ theme song! I almost fell out of my car. To hear Jonathan Breck start whistling. It is kind of magical as a horror fan.

I have a special love for “Friday the 13th” and the infamous ONE AND ONLY, Mr. Kane Hodder whom I was able to interview and meet. He is an excellent human! He talked to my mom about a lot of stuff including our “battle scars/wounds” and he said, they are part of us. Horrornews.net has given me a lot of positive things in my life.

I don’t have an answer for people who ask, how do I write? I cannot tell you that. You just do. You write. The Horror community means the world to me. Horrornews.net and the people I have met because of this amazing site mean the world to me. So stay #LivingWithHorror and as I like to say, “May your nightmares inspire you.” 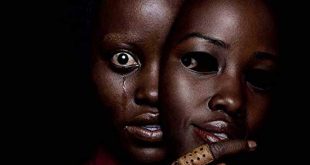 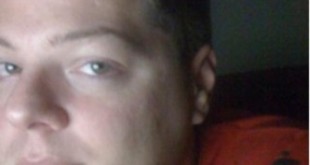