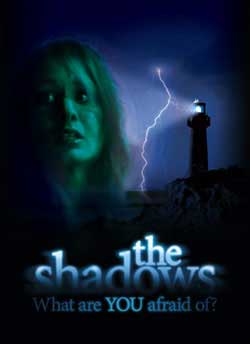 Marooned on a mysterious lighthouse island during a storm, five friends are forced to reveal their secrets and face their darkest fears

A group of travelers become stranded on an island when an unexpecting boat hits there’s and causes them to crash. The 5 individuals take shelter in a local lighthouse and remain there while the dry off, figure things out and take up for the night. We know this because we are reminded these notions again and again. The set or local is kept mostly …well in the shadows making alot of the action set in a low light atmosphere. The film seems to at least at first seemed rooted in drama that has the individuals revealing traits about each other, their relationships and making attempts at acting like they know more about where they are than they actually do.

I was about 30 minutes in and hoping that at least one would see a ghost get stabbed in the face or maybe some brief nudity to keep the interest going. And then at the 31 minute mark, I got my wish with a brief white-eyed pirate who enters the room and leaves. So at this point, I was hoping things would turn up the volume a bit. Though we get back to the drama with …”you never loved me, blah, blah.”….with the current occupants moving into their he said, she said dialogs. Meanwhile a young girl enters who starts to tell the others about the ghost pirates to watch out for. The rooms within the lighthouse are starting to get pretty crowded now. And I am starting to get pretty bored.

Now I get the idea that the film is trying to take a “Fog”- like route, but it really lacked any horror in my opinion. The movie is left with 1 pirate scene and then fizzles out on more drama. If your not reading me clearly then this film really isn’t much in the way of horror films. The intention was there, it just got left out. There seemed to be alot of relationship chatter going on but my eyes glazed over at this point. From what I could gather from it, the occupants were trapped, trying not to get attacked by a rouge prate and were going a bit stir crazy from being in close quarters. The message here was elevate suspense and build on the tension. If it were my call, I’d edit down the film alot from the unnecessaries ad go back and to kill off alot of these bickering actors. 1 white eyed pirate is just not enough to hold an audience.

Then I might add 3 or 4 more angry pirates that start pulling all the wandering heads into broken wood pieces sticking out from the light house doors. Well, that’s what I would do anyway. The film starts to evolve in a supernatural direction but just not enough to make it interesting. I’m gonna pass completely on this one, as it couldn’t hold my attention to save a life. Maybe viewers who are looking for suspense drama with no horror aspects could benefit from this….maybe…..over and out.