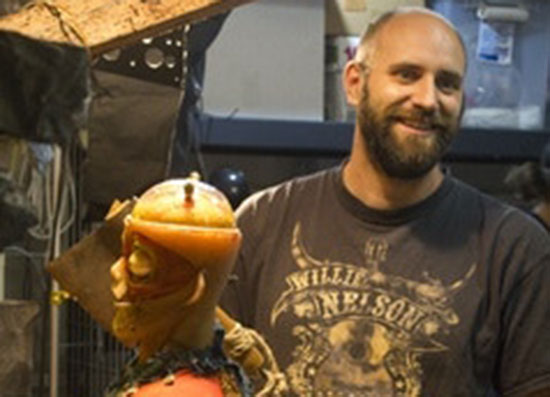 Hi Jesse, Tell us about “Frank and Zed” and how this project came to fruition?

Jesse- Well, basically I wanted to make a monster movie starring monsters and I didn’t want to use CGI. So I was going to use puppets for the monsters. I was thinking about it a little bit and I thought puppets for monsters and classic films. In thinking through how I would accomplish what I wanted do I just kind of made a leap and said what if I just made everybody puppets. Not just the monsters. That was the original short. I did some shorts with puppets and had a great time and I said okay let’s do a feature and see how it goes.

Did you face any challenges because it seems as if it may be extra complicated with the puppets?

Jesse- Well, working with puppets is unbelievably different because they can’t do anything. They won’t even look in the right place on their own. You forget it, when you get it right you just assume they are alive which the magic is but the problem is they can’t pick anything up. If you want to have a puppet use two hands and talk at the same time, that’s two people who have to be working in perfect unison. So in this film it’s this big epic fantasy film. There is a huge massive battle at the end. You have to get fabric and chunks of silicon to come to life just to perform basic actions.  Every single shot in this film had just been incredibly challenging. 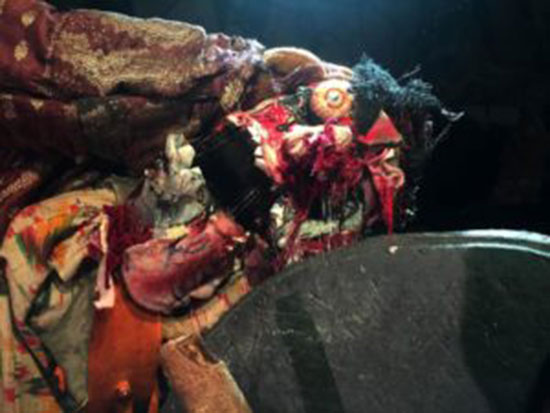 Did you always know you wanted to be a filmmaker or was there a reason you got into film?

Jesse- I came to film through theater and just thought when I very young that oh, I am never going to make money in theater so I’ll do film and just kind of got hooked by the film bug as I started to do projects. Maybe that is part of why I made this leap into puppetry because it is something that is really common in theater.

I think this is a creative idea and what are your thoughts on practical effects versus CGI?

Jesse- So they are very different processes. What you get with practical effects is, I do believe you get more realism but it also slows things down and it adds a layer of complication. The stuff never does what you want it to. Also when you do practical effects, the reality is that we would dredge, completely dredge the shooting space in fake blood and it would barely register on camera. For practical effects to really hit home you have to go so incredibly over-the-top in a way that seems completely absurd. The downside is that it takes a ton of time. There is absolutely a place where using non-practical effects certainly has its place too. So I am in no way a purist but at the same time I’m really proud that “Frank and Zed” and everything we have done so far in making this fantasy, monster film we haven’t used any green-screen. That has also slowed the process down but it adds something to the project. 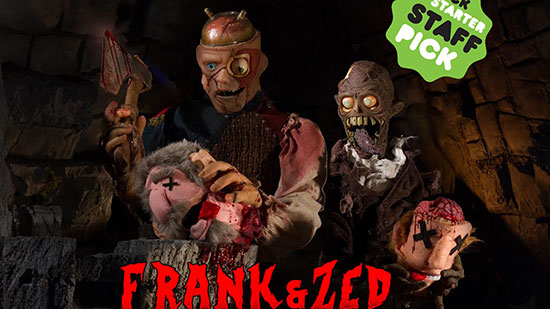 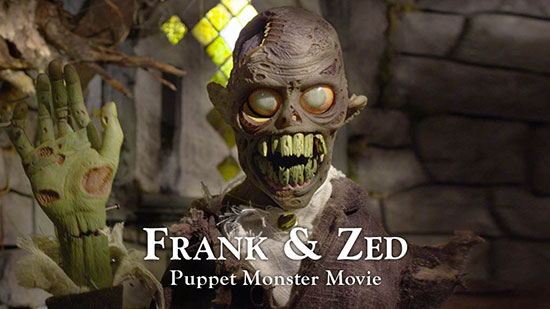 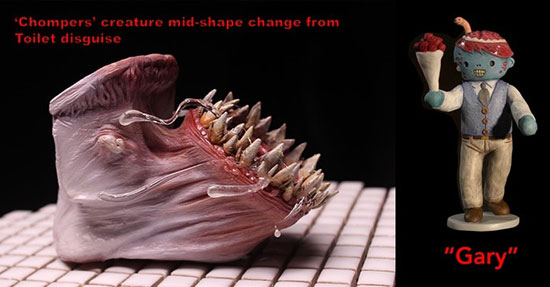 Now, I know it is early. Do you think there will be a sequel or are you working on a new project?

Jesse- I have my next project formed in my mind. I have the next two or three. I mean there’s really a backlog. All you’ve got to do is take a shower and get this great idea.

That is very cool! What would you like to say to the people who may consider donating to the KickStarter for “Frank and Zed?”

Jesse- I would say we are doing a lot of fun updates so you’re really going to get a peek at the process and see the film made kind of as we make it! Because this film is so ridiculously labor intensive you’re going to get a lot of bang for your buck! So you’re really not buying the finished product, just the film which anyone can get. You are getting a chance to support something that is very different and also to come along with us on this journey in real time and talk to us and kind of meet the crew. It is a much richer experience. You are helping to bring this project into the real world.