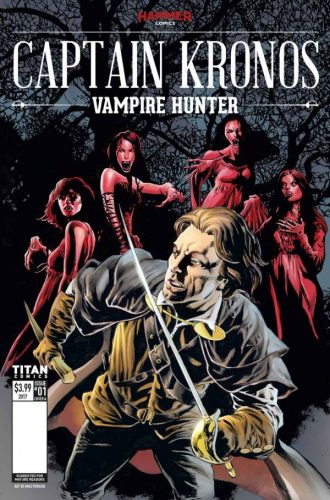 Depending on what kind of horror fan you are, you could look at the movie Captain Kronos: Vampire Hunter as a missed opportunity.  Released by Hammer Studios in 1974, the film was intended as an alternative to their typical offering. Usually the monster was either the star, Christopher Lee, or both. Intending to flip their usual approach to vampire stories, Captain Kronos was to be Hammer’s own horror super hero, and Vampire Hunter the first in a planned franchise. Sadly this was not to be, and barring a short comic adaptation in the pages of House of Hammer, we haven’t heard from Captain K since.

In 2016 Titan Comics launched an official line of Hammer books, starting with The Mummy. Picking a less obvious franchise than Dracula might seem odd, but you have to wonder exactly who is crying out for new comics based on forty year old British horror flicks in the first place. Well, me actually.
I watched all these movies as a kid but Captain Kronos passed me by. Having watched it fairly recently, I can say that a comic adaptation is possibly the smartest move in vampire storytelling since Corey Haim filled his bath up with holy water.

Written by Dan Abnett with art by Tom Mandrake, this first issue finds our eponymous hero stalking the land in pursuit of vampire evil in all its diabolical forms, accompanied by Grost and Carla, his faithful assistants from the movie. The story opens with Kronos and crew deep in the heart of Romania, taking on a horde of bloodsucking fiends, led by the vicious Porphyr. Narrated by Carla, we are reintroduced to Kronos and Grost, showing their relentlessness and resourcefulness as they use every tool in their anti-vampire arsenal to fend off the monsters. Carla soon wades in on the action, knocking Porphyr’s teeth out and quickly showing us that while this book is a product of the mid-seventies, it’s attitude to women is not. That’s the first big difference from the movie; here Carla has purpose beyond being someone to scream, get her ass slapped, and then dangled as bait. What makes this work so well is that it doesn’t change the male characters around her. They are all outraged at the prospect of a woman who dares assert herself, and that use of Carla as an outsider is a great way in for the reader. From here Team Kronos moves on to the god fearing town of Serechurch where a recent plague has left something unspeakable behind. Lurking in the town slum, it preys on the poor locals, making a nest of bloodsuckers for Kronos to burn. 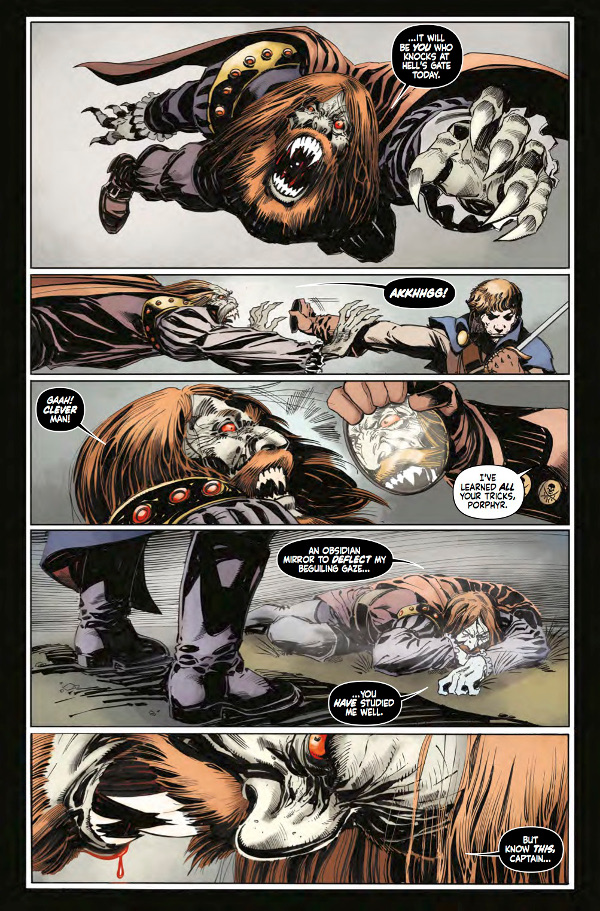 As first issues go this is a corker. The writing is both witty and outrageous, nailing the language of the film but also the comics of the era. Lines like “An obsidian mirror to deflect my beguiling gaze. You have studied me well” would be at home in any seventies super villain speech. In fact the only thing missing is a thought balloon commenting on Kronos’ unfathomable strength. The art is just what you want from a nostalgic book like this, effortless and classic, almost indistinguishable from what you might have expected if it were a tie in to the movie at the time it was released. Often comic art tries too hard to mimic the most popular current styles, but Mandrake has been there and done it with every major US publisher. This book is drawn just as a seventies horror comic should be, but uses the sensibilities of the modern mainstream to enhance the book rather than overtake it. 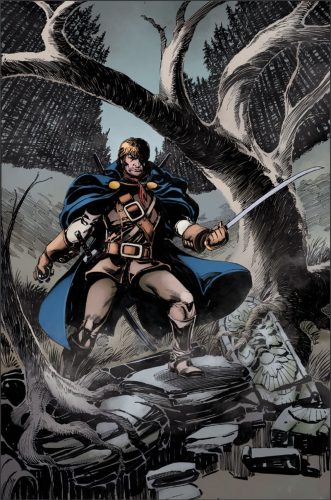 If you’ve never seen Captain Kronos (which you absolutely should, like right now!) then you can easily step into the world of this comic and enjoy it for what it is. And while that’s a selling point for a lot of nostalgia driven reboots, in this case you’d be doing yourself a disservice. This book deserves to sit alongside the film as both a compliment and a progression. After all, Hammer wanted a Captain Kronos franchise; thanks to this book I’d say they now have a bloody good one.