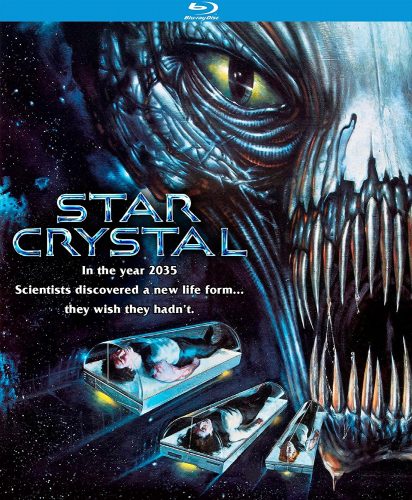 tagsWhen a film is as uninspired and as amateurishly made as Lance Lindsay’s Star Crystal (1986) is and ends with the words “Filmed entirely in SPACE” following the end credits, you know that you’re going to wish that you had those 93 minutes of your life back. Unfortunately, science has not gotten us to the point where that is possible just yet. Battle Beyond the Stars (1980) was the first low-budget Star Wars rip-off that I saw theatrically and I was astonished at how unexciting it was. However, it did give us James Cameron, Bill Paxton, and James Horner so it wasn’t all bad. Crystal, also a product of Roger Corman’s low-budget production company, goes much further than Battle did in terms of “borrowing” from 2001: A Space Odyssey (1968), Dark Star (1974), The Empire Strikes Back (1980), Alien (1979), E.T. The Extra-Terrestrial (1982), The Thing (1982), Xtro (1983), and Lifeforce (1985). Released on VHS in April 1986, Crystal outright steals from these classic films. Crystal lives up to none of the exceptional movie artwork that was used to promote it, which is a shame as the poster is probably the best thing about it (though it hawks the action as taking place in 2035, not 2032 – is there really a difference?), although it does have a fairly decent score by Doug Katsaros.

In the future, remember this is 2032 and not 2035!, two men on Mars extricate a rock from the planet’s surface and, brilliantly, bring it on board the spacecraft. To think that these guys never saw Ridley Scott’s Alien is a little too much to believe. They have it analyzed by a scientist who determines that it’s…a…rock. Yes, it’s a rock that leaks a mysterious white goo (no, I’m not going there…) which a crew member sticks nearly their entire hand into out of curiosity. Apparently, they didn’t see Larry Cohen’s The Stuff (1985) either. It then begins to turn into a pitiful-looking alien. The rock turns into some sort of crystal, and looks not unlike the titular Dark Crystal from that superior film. These events cause the crew to die suddenly. Too bad it didn’t have the same effect on the viewer. All the computers and onboard spaceship equipment look like they were made by Radio Shack. 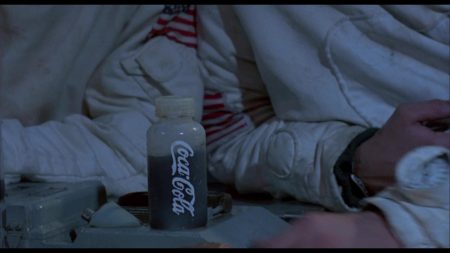 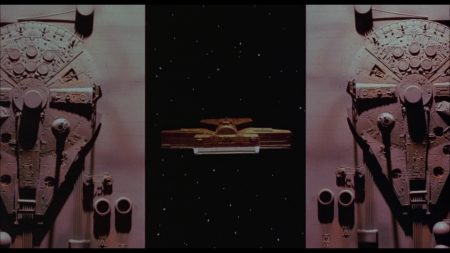 The action (that’s being kind) then flashes forward two months later when Colonel William Hamilton is assigned to find out why the crew died. Maybe they watched the dailies and committed suicide? An attractive blonde flirts with him in typical 80’s fashion. Everyone on the ship has big 80’s hair, a true anachronism in 2032. Onboard the ship (in reality a poorly-disguised shopping mall) is Roger Campbell (C. Juston Campbell) and his right hand man who cracks unfunny jokes like “I’d rather eat my shoe” when referring to the ship’s food. The ship begins shaking when the cinematographer starts shaking it back and forth and crew members run around frivolously. The shopping mall’s escalators are a hilarious prop. 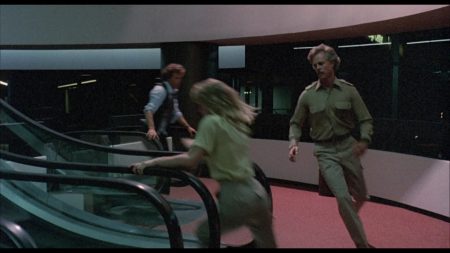 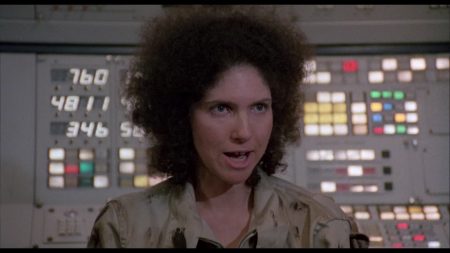 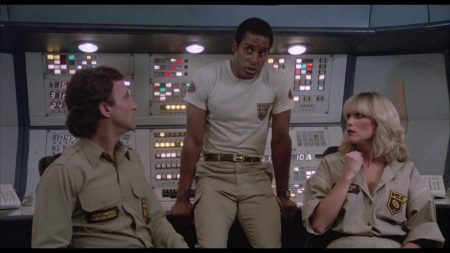 I could go on and on about this film, but I don’t want to ruin the special awfulness of it for the viewer, but I will say that the ending is particularly silly and comes out of left field that features an anthropomorphized blob that breathes deeply. The plot is picked out of many sci-fi films and the director does what he can with the ludicrous material. It makes you wonder, however, if the film was originally written to be tongue-in-cheek or meant to be serious. Coca-Cola appears in a product-placement moment, and the women on the ship are dressed in outfits that make one half expect them all to break into calisthenics. It’s always nice to have a blonde running around screaming, “We’re all gonna die!!” at the first sight of outer space trouble. The gratuitous sex that was a mainstay of such 80’s fare is completely missing from Star Crystal and it makes one wonder who was the intended audience. Exactly ten minutes into the film, a shot from within the mothership reveals a replica of the Millennium Falcon flanking each side of the entrance. Really? Lucasfilm signed off on this? May the Farce Be With You. 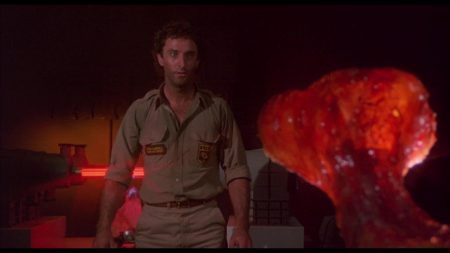 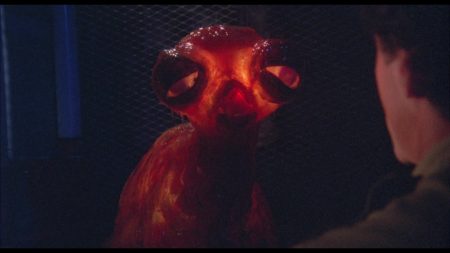 If there is anything this film needs, it’s the Mystery Science Theater 3000 treatment. There is even the dreaded End Credits Song. Why do people think that we want a song at the end of movies like this?

If you’re a fan of this fan (no judgement, to each his own), you’ll be happy to know that Kino Lorber has provided a top-notch transfer of the film on Blu-ray. This is the one to get!