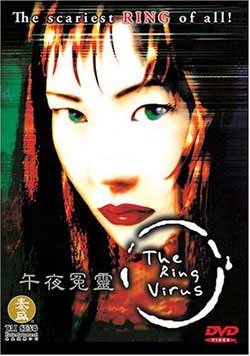 Inspired by Japanese writer Suzuki Koji’s novel, The Ring Virus is a thrilling supernatural tale about a journalist (Shin Eun-Kyung) taken on a wild, uncontrollable ride after she views a video that promises to bring death to anyone who sits through it. She has a week to unravel the mystery and find the tape’s source, or else she’ll die. Who sent her the tape, and whom can she trust? And, most important, will she beat the clock?

If you’ve been following the Ring series, you’d notice that there are four versions of The Ring: Ringu-Kanzenban, Ringu, The Ring, and here we have “The Ring Virus”. Released just a year after Ringu, The Ring Virus is more of an adaptation of the book as opposed to the movie yet it does have some elements of Ringu in it (The protagonist being a female being one) but more with elements of the book “Ring” by Koji Suzuki (the videotape having the “Watch till the end” and “Whoever watches this will die in a week” messages at the beginning and the end).

Funny thing is, I had heard of this movie back in 2005 when I had sort of an obsession with the Ring cycle in general. I had so badly wanted to see the Ringu sequels and the prequel. I’ve seen all the Ring movies now (except for the TV versions) and out of all of them, I’d say this would be the weakest. I have to admit I was sort of tempted to see this after looking at the image of the front cover on Wikipedia and noticing the “The scariest Ring of all!” along the top. Finally in 2007 I had managed to find a copy of the film while I was down in Calgary, Alberta visiting cousins. We had watched it, and I will admit I sort of felt disappointed after expecting what the tagline had boasted.

But it’s not all bad. I have to admit while kind of boring, it was also kind of intriguing in some parts. I had read the book “Ring” back in 2005 and I had really liked it, I found it interesting that it was very similar to the book. I’ll point out where:

– The opening scene, instead of two girls together having fun at a sleepover we had the book’s opening where one girl was all alone, and got bored so she got some pepsi and was interrupted by a phone call, which happened right before her death

– The protagonist’s child is a girl this time

– The tape was very similar to the book- it had the “warnings” at the beginning and the end, as well as the eye and the grandmother, the only thing I didn’t like was how they had Eun-Suh’s mother throwing herself into the volcano.

-Sun-joo vomits after seeing the video -Eun-Suh is a hermaphrodite in this, similar to Sadako in the book.

-The whole story of Sadako’s death- including the rape and the murder in the fields- was included. 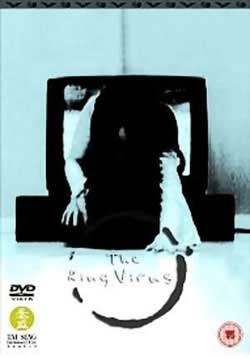 With those similarities, I was rather impressed that the director had decided to give it the mystery feel of the book. Problem is, without the horror feel, the movie bores me. Sun-Joo’s acting is frighteningly awful here, she looks incredibly bored throughout most of the movie and in the scenes where she was running in fear, she was over-acting it. Choi overacts most of his scenes, at times he looks a bit… erm, too optimistic. But that may just be the worst thing about the film period despite it being incredibly SLOW. The director stated in an interview that he wanted to take away the horror element and make it more mysterious, but sadly, it didn’t work.

There’s not really much to see here if you’ve read the book or seen the Ring movies PERIOD. But with that said, if you’re a fan of the Ring movies and have not seen this yet, this is actually worth a look. You’d find it pretty interesting, but be aware, this movie is SLOOOOOOOOOW.