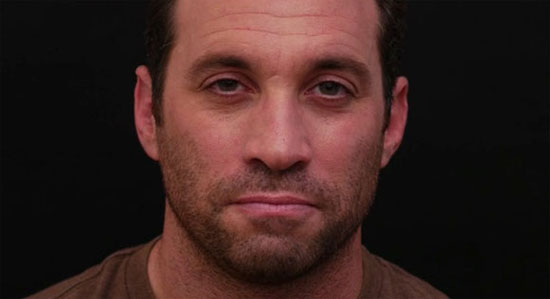 Frank Pierce (played by Interdonato) leads a seemingly normal life, but when a disturbing past reemerges and something precious is taken from him, his mask of sanity loosens and unearths the urge to be violent once again.”

Hi Tony, Please tell us about the film you wrote and directed, “Bad Frank?”

Tony- “Bad Frank” is basically about a guy who has impulse control disorder. In the earlier part of his life he made a lot of trouble for everybody. He has screwed up relationships with his family, his friends. Now, a bunch of years later and he is medicated and trying to settle down, he got married and he is trying to repair an older relationship from his past. Everything is shaping up but then he runs into an old boss played by Tom Sizemore and everything goes downhill from there. The way the whole process started was that I had written a film previously and I did not direct that one but I wanted to see if I could do it. I thought that the vision on how it came out on-screen initially wasn’t exactly what I had in my head. I just wanted to see what I can do if I direct it myself. I came up with the idea and I brought it to Kevin Interdonato who actually played Bad Frank in the film. We worked together on a couple other projects. He has done a phenomenal job and he’s getting a lot of awards for it as well. We filmed it for virtually nothing. We shot it in my house, friends’ houses, local bars that I’ve been to and friends businesses. We did the whole thing for about eighty thousand dollars. Considering what we’ve spent we think we caught a little lightning in a bottle.

It sounds like you had everything planned out and it went well.

Tony- Yes, it worked out great with the camera crew that we had and the folks that we had on board, we were really inventive in the way we kept changing the location and the scenery and the angles we used to make everything look a little bit different. When you don’t have a lot of money you work with what you got. We were pleased with the end results. 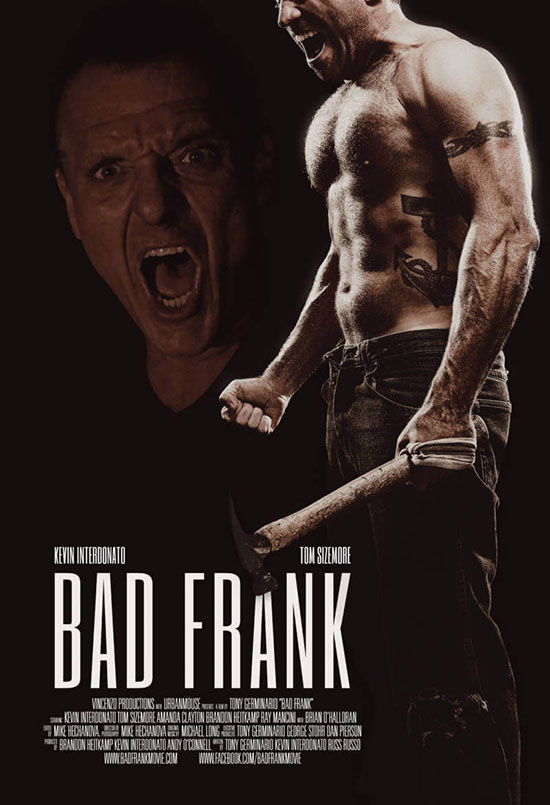 Was Frank based upon anyone?

Tony- No not really. The way the idea came to me, it’s funny I don’t really have any recollection of dreams. I almost never wake up remembering anything but about two or two and half years ago all of the sudden in the middle of the night I woke up and happened to remember something about a kidnap sequence. The original script was a lot of the film was going to take place in a basement with the kidnapper and the person who was kidnapped. It evolved from there.  It evolved from that.

Did you face any additional challenges?

Tony- No, it was actually a very smooth set. Most of the people that were on-set I already knew or knew people that I knew. Everybody got along really well. Everybody was doing everything. I was carting boxes and our P.A.’s were not only production assistants but they were also doing lighting and electric. So everybody from the production assistants to the actors, everybody did anything and everything on-set to make this happen. We did the whole thing in less than twelve days.

What was it like for you directing the cast including Tom Sizemore, Amanda Clayton and Kevin Interdonato?

Tony- It was great. It was a little intimidating at first because Tom Sizemore was in the first scene that I directed. Originally we had a schedule set up that I would be able to work with Kevin and Brandon Heitkamp who I have also worked with a bunch of times before. They have acted in other things Ive written before so I knew them really well. Originally we were going to have Kevin and Brandon do a couple scenes first just so we get our legs underneath us and make sure we are firing with all cylinders but then the schedule changed and Tom Sizemore was in the first scene and in the back of my head I’m thinking oh shit, this guy was directed by Steven Spielberg and Oliver Stone. But he was great. He was actually nervous himself and he didn’t know anybody on-set. He just wanted to make sure he was doing his best work. It was originally a little intimidating but you know once you kind of get into it, it just flows pretty easy. My job is to make everybody else feel comfortable.

What will you be working on next?

Tony- Actually in two months we have another project that we’re kicking off, we are going to be filming something called, “A Price for Silence.” I am staying pretty close to the tone of “Bad Frank.” It is a rape revenge story and it stars Lynn Mancinelli who was one of the actresses in “Bad Frank.” She played Tom Sizemore’s daughter in the film. I thought she was great and has a great presence.

What do you want to say to the people who will be watching “Bad Frank?”

Tony- I guess if I could say anything, think about the actors that are in this film. These guys to me put everything they had into the film. The performances that we got out this even though we are a small budget film I think the performances that you are going to see in this film ranks up there with any big budget picture you might see. I think these guys did a phenomenal job and I couldn’t be prouder. I will tell that to anybody and everybody that will listen.

Did anyone inspire you professionally and why did you decide to become a filmmaker?

Tony- That’s a great question. The reason I got into film is because I have always been a big movie buff. Nine or ten years ago I started writing scripts and everything. The name of my production company is called Vincenzo Productions. I named it after my father. We always hit it off together watching movies. That was a special bond we had. I was the guy growing up always going to the movies almost every night. I knew everything about every movie out there. I had a brief pit stop in the music industry for a while. I was in a touring band for several years but once I got into screenwriting I wanted to see how I could realize my own vision.

Do you have a favorite film of all-time?

Tony- I am going to have to go with “Goodfellas.” “Goodfellas” is probably my favorite. It is almost a perfect film.

Tony- Yes, anything Scorsese does is phenomenal. Two directors that motivate me are Kevin Smith and Ed Burns. The two of them do so much with so little. They have made great films with low budgets and that is kind of one of the things that inspired me with “Bad Frank.” Those are two guys that if I can have careers like them that would beyond my wildest dreams. 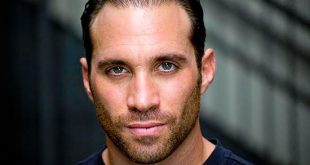