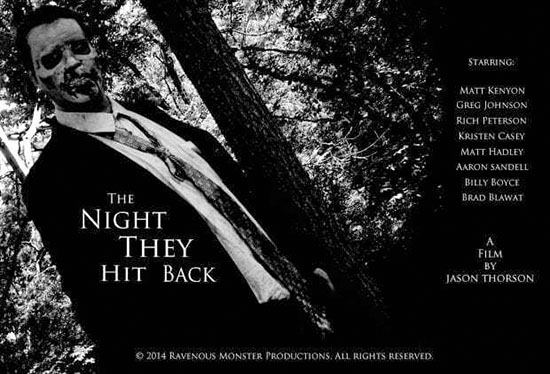 For Sonny, being the girl-obsessed deadbeat son of The Don is a thankless job. But when the world’s deceased begin to reanimate and devour the living during a hit-gone-wrong, being the heir apparent to The Don goes from a bad job to the WORST…JOB…EVER!

More short films, kiddies! Today we have THE NIGHT THEY HIT BACK, written and directed by Jason Thorson.

Our story follows the adventures of a reluctant mafioso (Matt Kenyon) and his bodygaurd/partner (Greg Johnson) as they go about a typical day in their life of crime. They have been called to meet The Don (Rich Peterson) about one of their low-level runners who’s been pinching cash off the top. Time to make him disappear.

Our hesitant mobster is the son of The Don, and lacks the stomach for such things. Good thing he’s got his partner to make sure things get done the way The Don has demanded.

But there is a complication to their orders…. 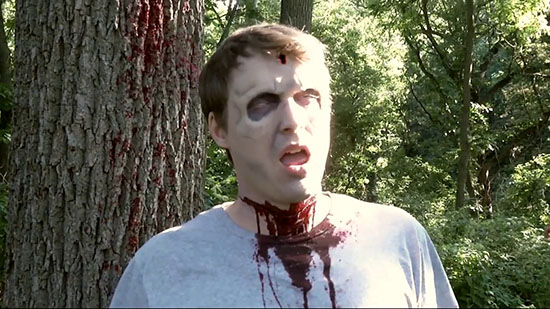 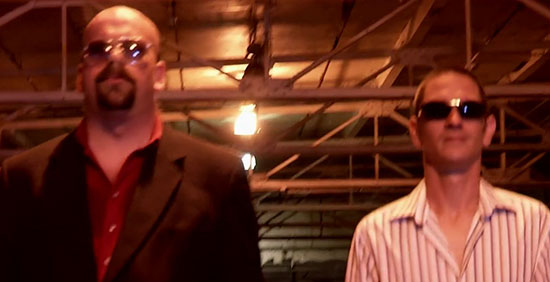 These are the early days of the zombie apocalypse, and no one stays disappeared for long.

Yes, this is a mobster/zombie hybrid story. Our characters don’t seem to be all that aware of what’s going on as they fuss and fight about killing their employee. Once they do become aware of the matter, it doesn’t take long for everything to go to hell.

This is a low budget production, and it has a lot of the drawbacks of that – strange edits, odd foley work, bare sets, and minimal gore. However, the cast do a fair job with it.

I do want to point out the zombies.  If the zombies don’t look good, then you have a crappy zombie movie.  Designed by Dark Alley SPFX, the undead look pretty good. And quite frankly, it always pleases my black little heart to see actual make up and prosthetics as opposed to CGI or after effects. Considering the assumed budget of this production, the money was put in the right place.

I also want to point out the score. The film uses an original score but in the classic style of old school zombie movies. The music sets the mood for the story perfectly. Even some of the more unusual edits I mentioned earlier are throw-backs to that style of monster film. It’s seems obvious that Mr. Thorson has a love and respect for the genre, and tried very hard to pay homage to that.

So while this film does suffer a little bit from its limitations of budget, it makes up for all of that in presentation, acting, and FX.

Using my special short scale of one to five, five being awesome, I’m giving this film 3 zombies.

Tags Jason Thorson The Night They Hit Back