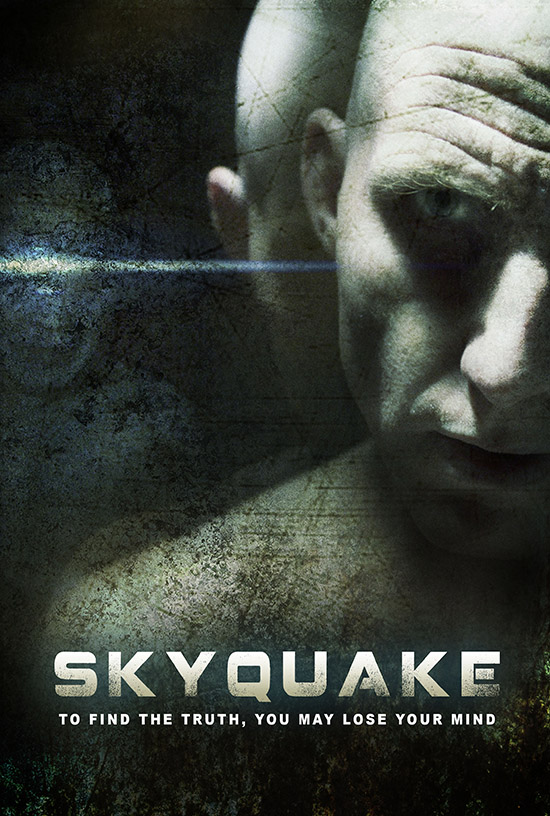 Since 2012 reports of strange sounds coming from the sky have flooded social media, now Adam, a recluse, struggling with his own demons, believes whatever is causing them has followed him home.

Skyquake is writer, director, and star, Sandy Robson’s first film. He is primarily a bit part actor in action movies. He’s chosen a small and uniquely bizarre character study as his first foray in the director’s chair. Much of the seventy-minute runtime is spent with Sandy Robson in little white underwear staring into the mirror, shaving various parts of his body and forcing himself to puke with the bottom of a toothbrush. It’s effectively shot with sparse movement and dimly lit on one of the twenty thousand IKEA furnished houses, used for either horror or Hallmark movies around Los Angeles. 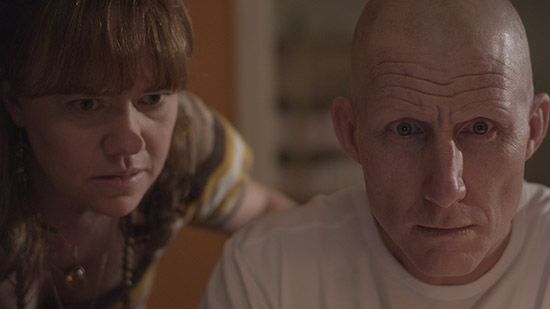 After the second time seeing the same order of events, a sense of the character’s desire for order and cleanliness was established and the film could have moved on. This could only seemingly have been done for padding. Even though there’s a lot to like in Skyquake, it’s overall sense of dread and third act escalation into a reveal are enjoyable moments of horror, if not wholly original. It’s the repetitiveness and bad dialogue that make it difficult to see the forest through the trees. 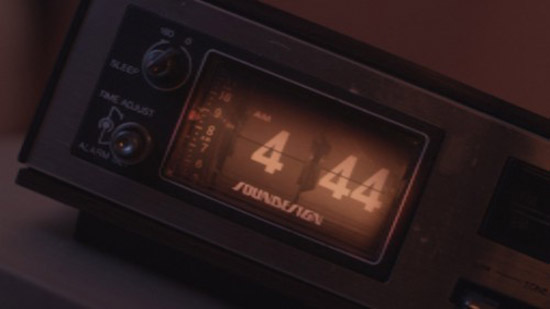 The story is two handed, on one, Adam (Sandy Robson) struggles with his inner demons, which gruffly tell him about his need for a routine to promote order and purity within. A woman named Grace (Bronwen Smith) delivers fresh vegetables to him each day, which he promptly purges later in the evening. Grace is typical bad horror acting. I give a ton of credit, because of the strangeness that much of the script is steeped in, this couldn’t have been an easy performance. Bronwen Smith seems incredibly game for the movie, alas, her chief acting style is staring straight ahead into the middle distance while delivering all lines.

Plot thread two is the skyquakes themselves, never fully explained, but this isn’t the sort of film where you’d necessarily expect to be handed all the answers. Adam goes to run through the lush forest surrounding his home and is subject to a head-splitting sound that temporarily forces him to the ground. The loud droning is accompanied by a blinding light from above. Adam catches the experience on camera and shows it to Grace, who looks up on the internet that since 2012 people have been having similar experiences. Then not long after those same people disappear without a trace. Adam begins to have nightmares and waking hallucinations that he believes are connected to the skyquake, including the visions of a child who is trying to get Adam to help him from being taken.

The question of what is hurting Adam due to the purity he seeks and what is a manifestation from the experience in the woods are so intertwined as to be inseparable. A faucet can’t be stopped from dripping onto a knife, Adam starts seizing and foaming at the mouth, it’s all under the headline ‘Adam is losing his mind.’ Some of this must have come from the idea of putting every idea onto the screen and hoping some of those ideas can connect. 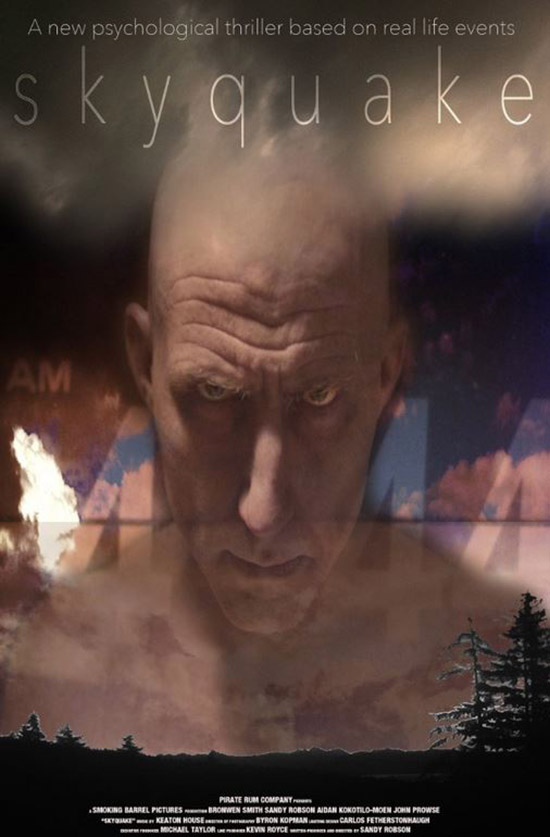 Lots of the broader ideas do, in fact, connect. However, and I’ll try to explain without giving anything away, Skyquake falls into the modern horror trap of not being satisfied with a linear structure. The third act is a heavy on the gas escalation of Adam’s breaking mind but where it leads is way too many false finishes. Much like in pro-wrestling if you use a finishing move and kick out at two every time, the audience is going to start realizing you don’t have a very satisfying ending to the match or in this case movie.

I wouldn’t say I enjoyed so much as appreciated what Skyquake tried to do. It’s a claustrophobic film hoping to reach beyond it’s budget with the ideas it projects. It sadly fails to accomplish that goal. There’s no real point, moral, or meaning to take away or discuss afterwards. I would seek this out only if your very specific fetish is seeing a pale man in his tighty-whiteys shave off his eyebrows.