I’m a huge consumer of horror movies and weird factoids, which is a very dangerous combination. While researching my novel Voodoo Child, Book One: Zombie Uprising I discovered some offbeat zombie trivia that even I didn’t know. So sit back and enjoy a few delightfully macabre bits of living dead data.

How’s that for a jump scare Fox News style headline? The parasite in question is called Toxoplasma Gondii, and it’s a literal mind-control bug. It primarily lives and breeds in a cat’s intestinal tract. The infected cat then excretes the parasite’s eggs, which in turn are eaten by rats or other animals that are later eaten by another cat. That’s how the parasite ingeniously passes itself on to a new host. Where does mind control come in? Rats infected with Toxoplasma Gondii actually seek out the smell of cat urine, which is the complete opposite of their survival instinct. The parasite is controlling the rat’s mind and inducing suicidal behavior. 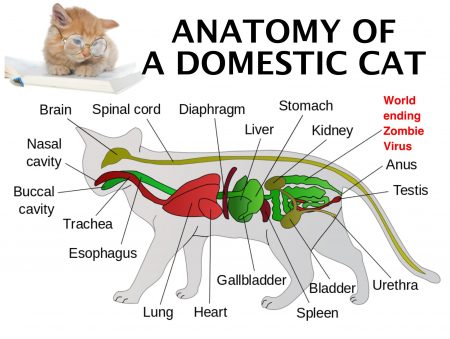 How’s this relate to people? Well, besides living in cat’s intestines Toxoplasma Gondii is also present in the brains of over three billion people! It can damage the brain’s Glial cells which surround and support neurons. That damage is related to schizophrenia and can also cause pregnant women to give birth to schizophrenic children.

How does this relate to zombies? Toxoplasma Gondii is a mind-controlling parasite already living in billions of human brains. It’s engineered to reproduce prolifically so there’s little to prevent its next stage of evolution from becoming more aggressive- moving from mild schizophrenia to full on homicidal rage. And don’t forget that all those food additives, hormonally enriched meats and antibiotics you’re ingesting are known to induce mutation in parasites. So one morning you might just find three billion homicidal maniacs loose in the streets… or we’ll all just start savoring the smell of cat pee. I dread either fate.

IN VOODOO ZOMBIES ARE FEARED- BUT NOT FOR THE REASONS YOU THINK.

Zombies are not only part of Voodoo folklore; they also exist in real life. There are many recorded cases of people who appeared to have died, only to be resurrected by Voodoo priests called bokors. Through the use of a deadly tetrodotoxin derived from Puffer-fish they’re placed in a hypnotic state and forced to work as mindless slaves. It’s a scary concept, but to the practitioners of Voodoo it strikes another deep-seated fear. Voodoo is a religion originated by slaves who suffered their entire (often short) lives performing backbreaking work under brutal conditions. For them death was the only salvation from a life of misery. This is why images of death such as skulls are revered in Voodoo- death is a reward to be honored, not something to be feared. But being transformed into a zombie meant enduring an eternity of slave labor, stealing the only peace these long suffering individuals could ever hope for. 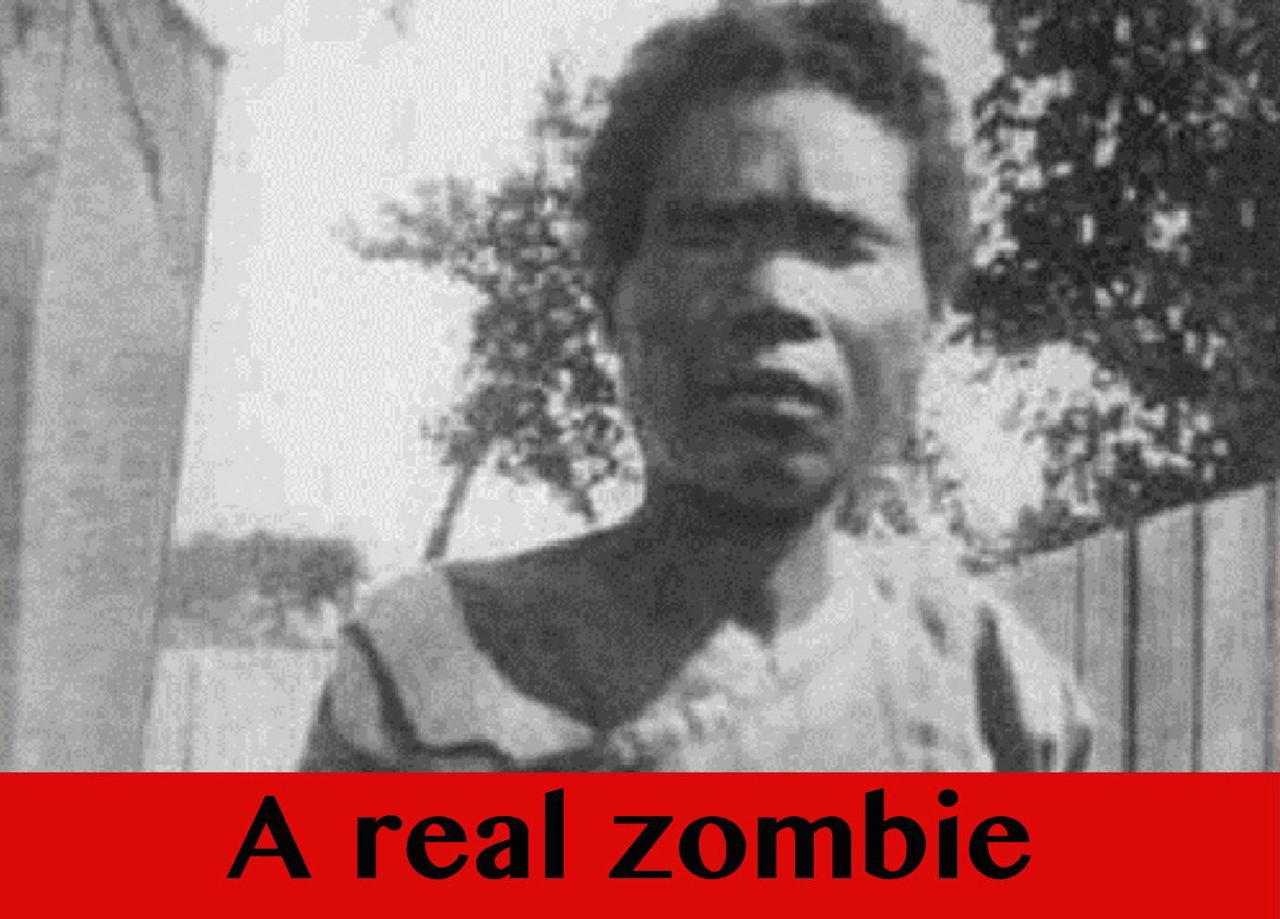 Being turned into zombie was considered the worst of all fates. Voodoo priests were known to punish those who caused trouble by inducing their supposed death, reviving them and shipping them off to distant plantations to work the fields. It was a better deterrent than capital punishment… a genuine fate worse than death.

THE FIRST ZOMBIE BOOK WAS WRITTEN BY A CONFESSED CANNIBAL.

In the early part of the 20th century travelogue books were incredibly popular, allowing small town folks who might never leave the farm to vicariously experience a world of wonders. W.B. Seabrook’s accounting of his Haitian adventures The Magic Island (1929) was a monstrous best seller. It is also one of the earliest references to zombies, or le culte des morts’. The author told of his encounters with genuine zombies who were forced to work the fields of Haiti. 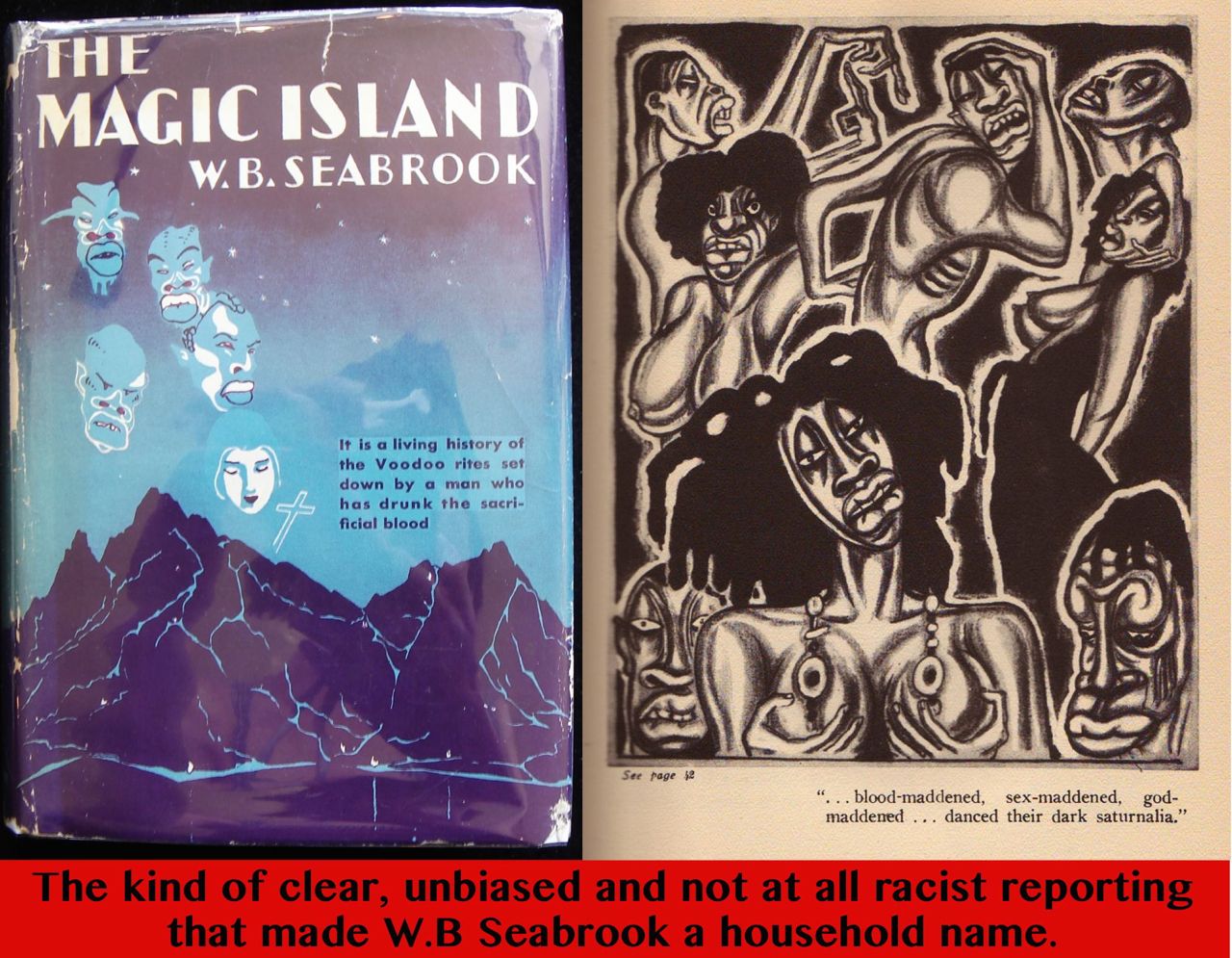 But Seabrook wasn’t the most reliable author when it came to facts. He was an occultist and long time devotee and friend of Aleister Crowley, as well as being a reported alcoholic and sadist. But his apex of weirdness was admittedly dabbling in cannibalism, though he claimed it was for research purposes. In case you’re wondering… it tasted like veal but was a little stringy.

Despite Seabrook’s ghoulish dining habits his book captured the public’s imagination, inspiring a Broadway show entitled Zombie and the 1931 classic film White Zombie. So next time you enjoy a gut-munching zombie movie remember that the man who inspired it all actually ate human flesh. 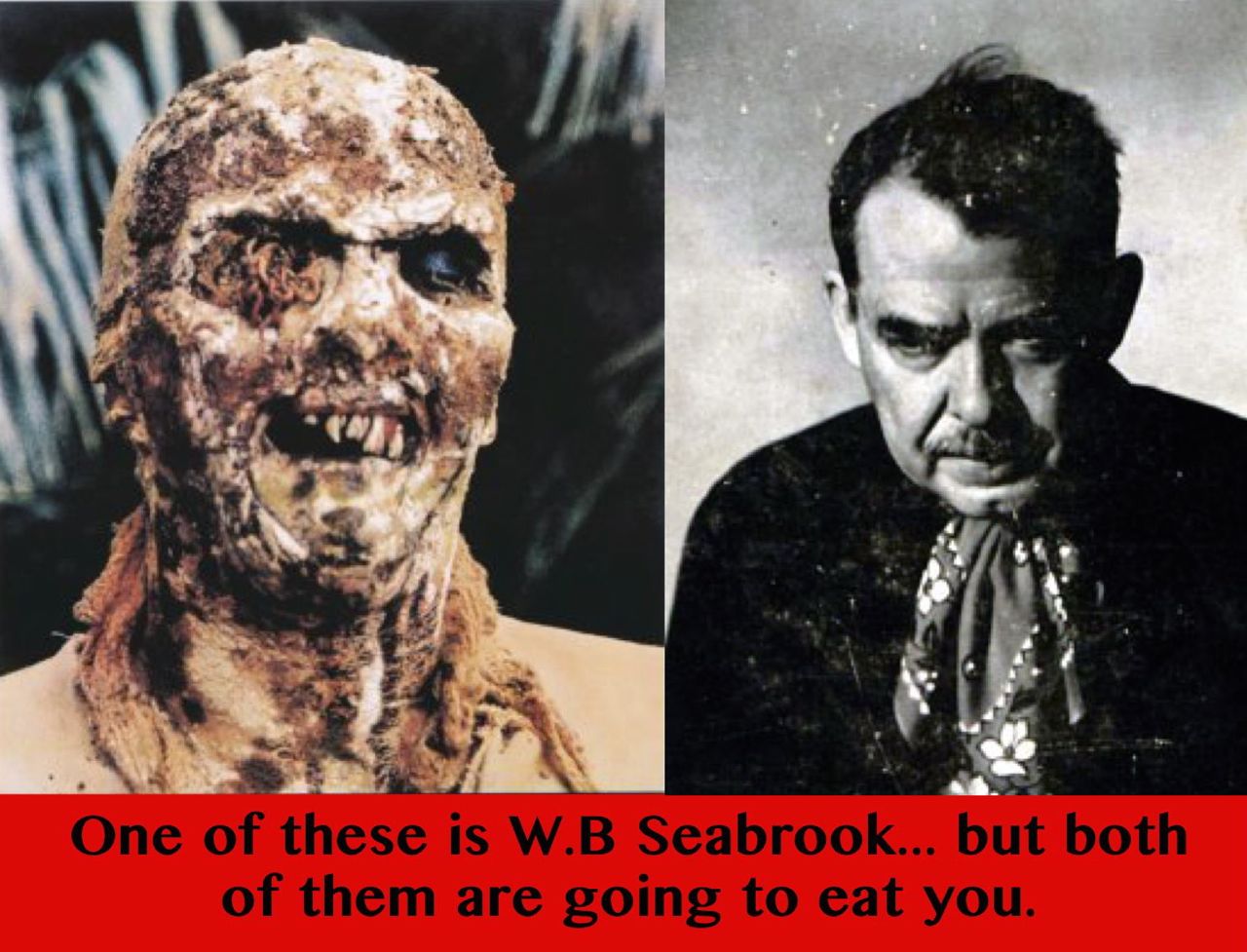 The first zombie film 1932’s White Zombie was a low budget production shot in a mere eleven nights (when studio space was cheap) reusing sets and props from bigger films. Although the producers employed legendary Universal Studios makeup artist Jack P. Pierce (Frankenstein and The Wolfman) he did little more than slap theatrical makeup onto out of work extras. The pennies spent resulted in box office gold.

To draw a comparison the monster costume for 1954’s Creature From the Black Lagoon cost $15,000 (about $175,000 adjusted for today) whereas the zombies in Invisible Invaders cost about $6.00 including the extra’s daily salary. By the way $6.00 was also the entire budget of Plan Nine From Outer Space, Ed Wood’s legendary aliens resurrecting zombies to conquer the world epic. 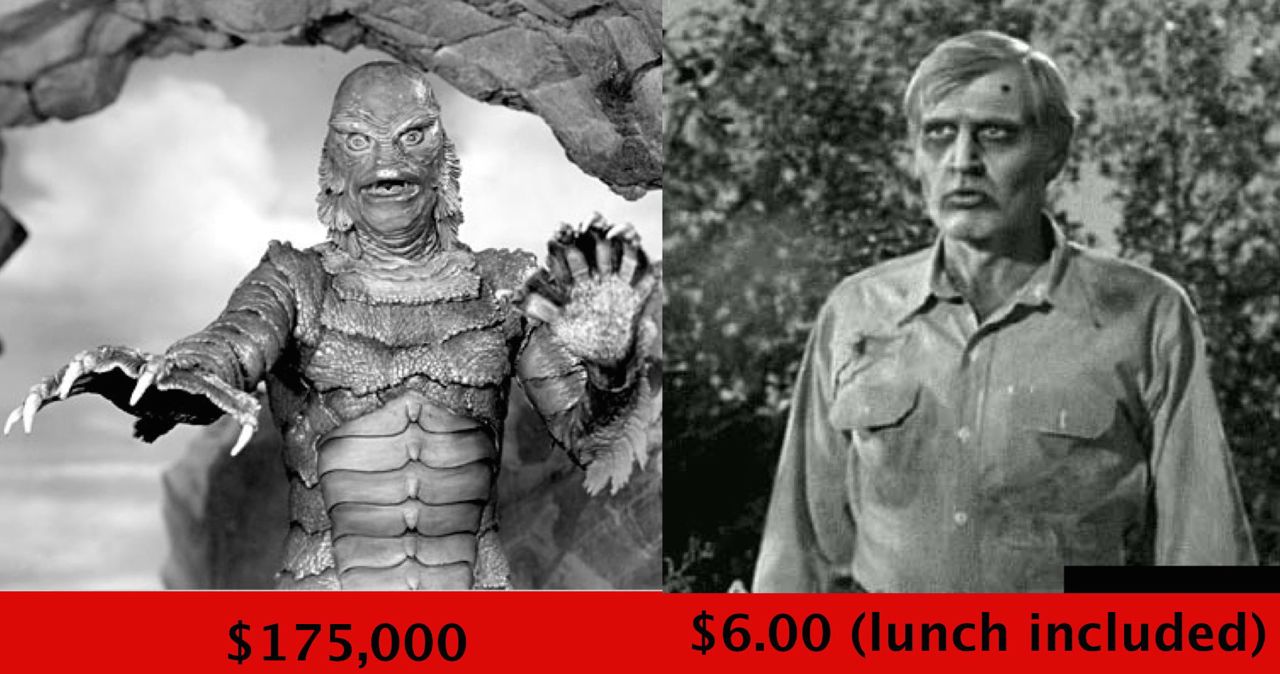 Movie zombies progressed, but still remained cheap. Italian maestro of the macabre Lucio Fulci actually used homeless drunks paid in liquor to portray the walking dead in Zombie (1979) and The Beyond (1981). So those poor guys were probably staggering around like that before they even got to work. This combination of cheap vino and a lack of ethics resulted in some truly memorable zombies.

I hope you enjoyed these little zombie tidbits and please check out VOODOO CHILD, BOOK ONE: ZOMBIE UPRISING to complete your core curriculum in living dead lore (three credits, non-transferable). Thanks.