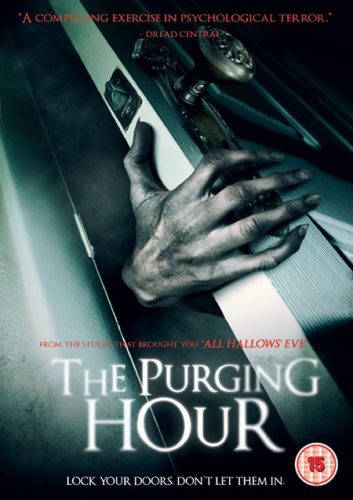 A family who has recently moved to Mammoth Mountain, California, is being hunted by a mysterious force.

The Purging Hour  is Writer/Director  Emmanuel Giorgio Sandoval’s second film.  This is yet another  found footage film, which includes mockumentary style interviews.   The words “found footage” make most people cringe these days, as we’ve all seen way too many films using this style of film making.  The first found footage film was Cannibal Holocaust, directed by Ruggero Deodato in 1980, but most people associate found footage with The Blair Witch Project, directed by Daniel Myrick and Eduardo Sánchez in 1999.  The Purging Hour  reminded me a lot of The Blair Witch Project at several times  throughout the film, despite the fact that it takes place mainly inside of a house instead of in the woods. 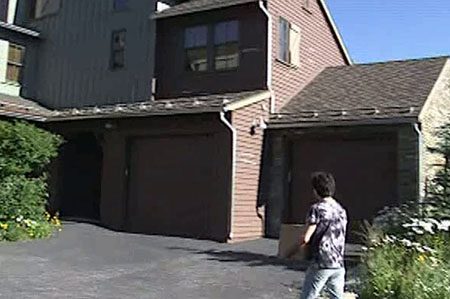 The Purging Hour  opens with the following mysterious information on the screen:  Shortly after moving into their new home the Diaz family disappeared.  Without any substantial evidence, the case was later dismissed.  The following footage was found on the dark web and it’s rights have since been secured by the producers.  The entire family, including the daughter’s boyfriend, are on a road trip to their new home.  The first scene was shot in the woods and shows Manny (David Mendoza) the youngest child, staring silently at a tree. When asked what he is doing, he replies , “Staring at this tree.”  After this scene, the  found footage appears to be filmed from Manny’s viewpoint until they arrive at the house.

Cut to an interview with Manny’s teacher.  She explains that Manny was being bullied and kept to himself, and that he also had an imaginary friend.  She also describes him as really sweet and wonderful and says, “It’s just a shame that things like this have to happen.” I have to admit that the interview with the teacher, plus Manny’s behavior so far, piqued my curiosity. 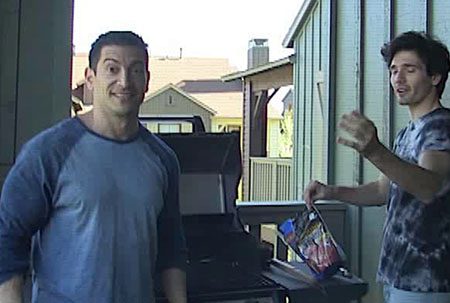 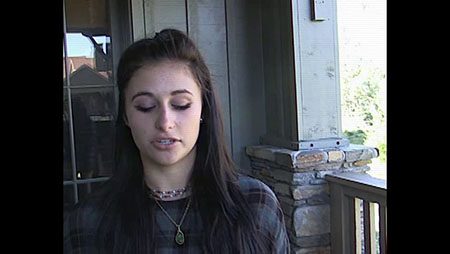 Next is an interview with a family friend, who says there was always something “off” about the whole family. He said the mom had weird mood swings and that the daughter was a druggie.  My opinion of the daughter Kacie (Alana Chester) was that she was just your typical teenager that basically hates everything.  The family friend also said that he used to work with the father, Bruce (Steve Jacques), and that he was the “normal” one in the family and that he was a happy guy who was devoted to his wife Jennifer (Cara O’Brien) and the kids.

For me, the most interesting interview was with a former classmate of Mark (Tomas Decurgez), the daughter Kacie’s boyfriend.  The classmate said that Mark used to say and do some really weird things. He gave an example that Mark asked a bunch of his friends what they would do if they found out their girlfriend was cheating on them.  Everyone else said things like, they would dump the girlfriend, but Mark said that if he found out his girlfriend was cheating on him, he would kill her and that he would know exactly the way to do it. Mark played it off like he was joking, but the former classmate talked about how crazy Mark was and that he wouldn’t be surprised if he was behind the entire thing.  The thing being what ultimately happened to the family.

There were also interviews with Jennifer and Kacie’s friends, but the interviews I’ve mentioned here were the ones that I felt were the most memorable and relevant  to the film.  Most of those interviewed referred to what happened to the family and how unfortunate and terrible it was, while giving their own speculation as to what really happened, leaving me really wanting to know what happened. For the most part, I thought the acting was good in this film and the mockumentary interviews were believable. 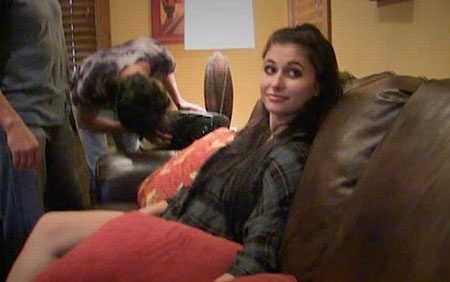 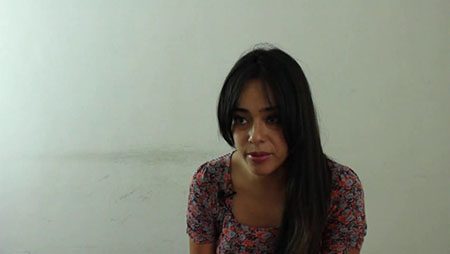 Most of the footage at this point is of the family trying to settle in to their new home. The only person who seems to be happy throughout all of this is the father, Bruce, who also takes over filming.  There is an interview with Jennifer’s therapist, which doesn’t really give much information, but Jennifer does seem kind of moody.  At this point, the footage is mostly the family getting dinner ready and talking and questions about whether or not Mark is going to stay. 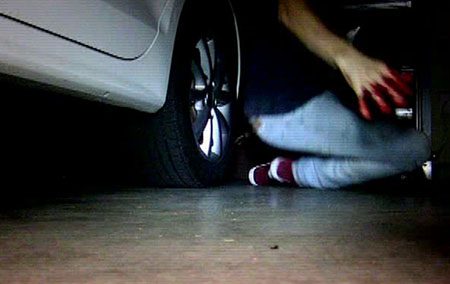 Kacie tells Manny a story about some people being murdered in the house in the past. Obviously, this upsets Manny and he doesn’t want to stay.  Then there are interviews with a couple of experts who give their opinion on the crime scene following the incident and their thoughts on what really happened.  After this, it is decided that Mark is going to stay for the night and there is discussion about sleeping arrangements.  Before everyone can go to sleep, the power goes out.  Then some loud sounds are heard, including knocking, which freaks everyone out.  Mark and Bruce go to investigate where the sounds are coming from and think someone is in the house. I have to say that for me, the sequence of them investigating the house to see if someone was in there was very tense and I was actually scared. 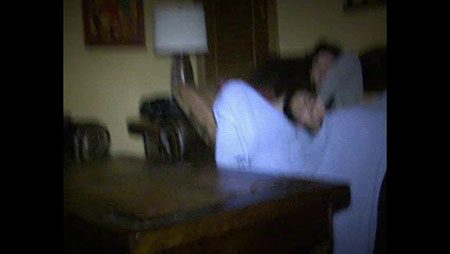 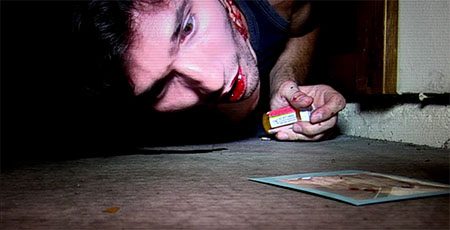 I really can’t go into a lot of detail about what happens next without giving too much away.  It’s hard to say if the sounds they heard and what ultimately happened to all of them was something supernatural or something else completely.  For a found footage film, this film wasn’t terrible.  It was slow at times, particularly during the time when they were unpacking and making dinner.  The ending did remind me a lot of The Blair Witch Project.  I found the ending of both of these films to be rather  frightening .  At the end the viewer is left to interpret what really happened and sometimes what you imagine can be more terrifying than knowing the truth.