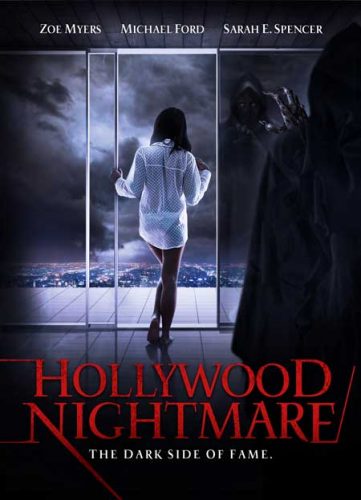 Kendall Summers thinks she’s on her way to stardom when she lands the lead role in a low-budget horror film; but after buying a house she obviously can’t afford yet, things begin to unravel, leaving her in terror and struggling to break free from the evil slowly surrounding her.

Theophilus was wounded. He had wanted the bishopric for as long as he could remember, going all the way back to his earliest awakenings, to his nascent comprehensions of what the Church really personified and how acutely necessary that personification was, not only for the salvation of his own soul but for everyone else’s, as well.

Having been legalized only two hundred or so years earlier, Christianity, he felt, was still in need of protection from the lingering pagans from without but also from striking errors within; the Arian heresy had, thankfully, been put to rest with the councils convened in Nicaea and Constantinople, while Nestorius’s perceived foul opinions concerning Mary were roundly brushed into oblivion when the council in Ephesus took place; unfortunately, the Oriental Orthodox Churches were quietly slipping away, he feared, drawn by a profoundly misguided understanding of the true nature of Jesus; as such, their rejection of the Chalcedonian council was heartbreaking and made the bubbling Origenian controversy even more troubling.

All the more reason he should be bishop, he thought, so that he can better aid Holy Mother Church in her struggles against those who wish to defile her. Yes, it’s true, he had been offered the position previously, but turned it down to show his humility; surely everyone would see this, especially the newly appointed bishop, who would then make him archdeacon, which, fortuitously, would then put him a mere few years away from the bishopric after all.

But that’s not what happened; the new bishop, in a glaring display of nepotism, appointed a relative to the archdeacon position, leaving Theophilus dangling. Blinded by a simmering petulance and his own conceits, he secretly turned his back on the Church and sought out a necromancer to put him in contact with Satan; once the contact was made, Theophilus promptly sold his soul in exchange for the bishopric. Not long after attaining the office, though, he began to fear the eternal damnation that awaited him, and begged Mary for forgiveness, hoping she would save him from the fate he brought upon himself. Feeling compassion for the abject cleric, she intervened on his behalf, gaining him his freedom from Satan and reclaiming his soul for God.

The story of Theophilus is the earliest known story of making a pact with the Devil; obviously, it was the inspiration for Marlowe’s Doctor Faustus and, subsequently, Goethe’s Faust. Various films have been made on the legend, some good (Murnau’s Faust, Dieterle’s The Devil and Daniel Webster, Polanski’s Rosemary’s Baby) and some not so good (Dippé’s Spawn and Johnson’s Ghost Rider, to name a few); Chase Smith’s Hollywood Nightmare fits into the latter category, but quite a bit further down the competency food chain. I didn’t think that was possible, but Smith’s lack of directing expertise proved me wrong. Essentially, the film fails on every conceivable level, so much so that it’s entirely devoid of anything even remotely resembling hylomorphic unity; as both writer and director, it’s Smith’s vision that’s being presented, and as a result, you would think he would take greater care with its delivery, making sure the editing kept the story clear and the energy escalating through all three acts rather than offering up tedious, incomprehensible montage scenes and flattening the rhythm into a monotonous drone.

The acting on all counts is contemptible; some of this can be attributed, once again, to Smith’s near feeble-minded inability to create tension or believability in either the scripting process or during actual production, but not all of the blame can go to him; the bulk of the agony is caused by the underdeveloped and impoverished talents of the actors themselves; most of the characterization consists of rolling eyes, awkward gesticulations and sighs, overthought displays of spontaneity, ridiculously theatrical leering, and an abundance of magnified self-consciousness.

The production design is non-existent, leaving the main set feeling like a cavernous void; of course, if you felt like being generous, you could say this is supposed to be a symbolic representation of the main character, Kendall’s (Zoe Myers), empty soul, but that would require at least a little artistic forethought on the director’s part, of which no signs are ever seen in the rest of the film.

In the end, Hollywood Nightmare comes off as a badly done high school production of a badly done amateur community theater production of a really badly done episode of The Twilight Zone. If Chase Smith continues to make movies, he may want to look into cutting his own little deal with the Devil, if not to help him make better movies than at least to prevent me from being so annoyed by his rubbishy efforts.