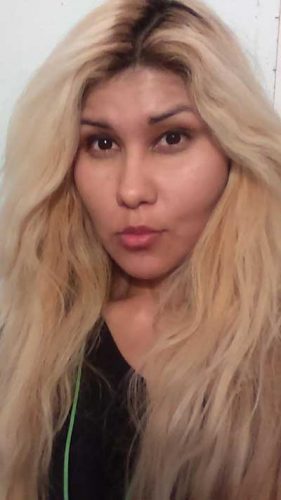 John: What made you want to pursue your multiple career as writer, comic book artist and filmmaker?

Jessica: Honestly introduced to different mediums and different kinds. Wanted to express my creativity and learned to train myself from drawing to learning how to paint and digitally paint, it’s a gradual process.

John: Did you have any inspirations growing up that made you do what you want to do?

Jessica: As a child everyone is astounded by Ninja Turtles and things like that, also you know the Ghostbusters, I think I was introduced to sort of iconic characters that I just fell in love and replicate and be able to create the same but pay homage to.

John: Can you tell me what brought upon the idea of Demon Hunter Jane?

Jessica: I just got tired of the same old thing about people coming up with concepts on demon hunting and making it associated with one specific sort of concept as far as having a sword or knife or something completely different. Honestly, it’s an antihero, sort of focusing on people I think in general the world of horror. I think I’m just trying something different. Something that people know it’s there but do not become consciously aware of it until then. It’s hard to describe when I start moving things out.

John: What is your favorite musical influence that helped with your writing and artwork?

Jessica: I would say film soundtracks. It depends on the genre of writing but sometimes it’s the Hellraiser score. I want to say the Halloween score, something very theatrical, very classical. With me, the whole concept of really focusing, you have different times where you’re developing the anticipation or you’re going into a different level of horror, so I would say Silent Hill, Akira is very much a great composure that I had the honor of meeting. 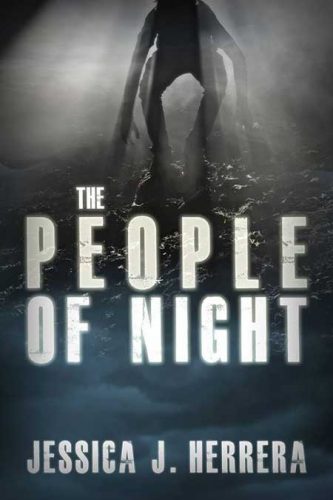 John: Having grown up in San Antonio, what made you want to write stories based on local legends?

Jessica: It started when I was very young. I was told these stories, I developed a passion for that. Then I thought the passion had died. I really had anticipated if I thought about writing one, got lazy in college and didn’t do it, didn’t have the time. Then when I did get the time that I did it, it rekindled my passion for the stories that had been told.

John: Your book Traditional Tales of Tejano Terror contains interesting and straight out creepy stories of legends that people who are not from San Antonio are unfamiliar with, what is it about these legends that would attract the tourists to want to pursue them and ultimately want to see if they exist?

Jessica: I would say, I think if really you’re a tourist, you really don’t know San Antonio. I’m introducing you on a very intimate level of being a native of San Antonio and bringing you into our culture and our culture is basically about the stories. It is also about the tejano behind it. To me, when I write horror, to me there’s always another meaning to it. With me, it’s about the unity of the community and if we really understood and stopped and analyzed and step away from people who try to debunk it, it’s really about the darkness that exists and the people that stick together, to try to live above the darkness. So that would be the best way to put it. 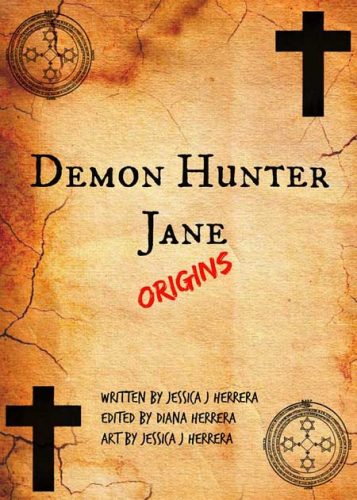 John: Are there any legends that are not in the book, you would consider writing about and shedding some light on?

Jessica: People have been asking if I would write the sequel but haven’t had time, but probably Fang Baby would be one. It is interesting and very rare or unheard of and is more than one individual that I would give life to.

John: Have you tried to incorporate one of your tales into a film?

John: In the world of horror what would you like to achieve that would bring faith back into a genre filled with pointless remakes, with the exception of Rob Zombie’s Halloween 1 and 2?

Jessica: I would say you have to create and develop and to me and honestly I’ve been talking to a lot of the horror communities in San Antonio and I’ve kind of let people in what I’m going to aspire to do. I’m going to start developing a kick starter and to me I know I’m not the world’s greatest director, if I could get the funding, I can get the support from San Antonio, I’m going to bring monsters to you that you have yet to see, that people have tried to aspire to do it but they haven’t done it. I have a plan, I know I’m going to need money, CGI is the last thing I want. 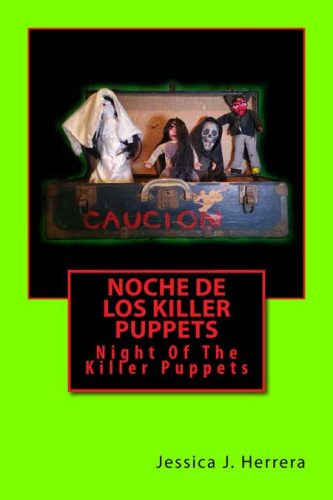 I think that’s what every horror person in the world wants to hear. I don’t want CGI, I want live monsters and you know what, if I can make people see these monsters I will do it. I have exactly what I want and what I need. To me, that’s what I’m gonna try to do. I’m gonna bring the story and the monsters and about getting the funding. I don’t really want a producer involved because there’s so much fraud and when it comes to people nickeling and diming it always comes back to the monster, we gotta make it CGI, we gotta make it Sci-Fi quality. You went from having a Hellraiser movie to a Sci-Fi film and that’s what happens. With me knowing film and studying it as a viewer and expecting what I want to see is a real monster.

John: How did you want to see Demon Hunter Jane play out as, short film series or a feature film?

Jessica; Right now, we’re gonna try to do like a web series and I’m gonna come up with a financial plan and campaign and this is what I’m aspiring to do, it’s going to look like we’re maniacs, but honestly I have the passion for it. If anything, I’m a horror fan myself and you know that’s what I think what people want to hear. They don’t want to hear I’m a director that wants to make horror films. It’s going to go one way or the other. It’s gonna be Rosemary’s Baby or it’s going to be one of the worse movies you’ve ever seen and that’s what happens a lot of the time. If I can get the funding for Demon Hunter Jane, I’ll make it a full length feature and a sequel.

John: The possibilities are endless. Do you have any future projects in the works?

Jessica: Demon Hunter Jane I’m working on. I don’t know if it’s going to be an illustrated horror book or if it’s going to be a comic book I’m still debating on that. As far as that’s going, that’s one of them and then possibly doing a short horror film as well so yeah to me with serial killers it could be considered a dark drama just like Silence of the Lambs, but yeah that’s what I basically have on the plate right now.

John: If you were to do a serial killer project, how would you make it different from all of the rest?

Jessica: I would say the POV, the point of view of the different individual, instead of the serial killer how about the victim? Killers Market was probably one of the hardest scripts I’ve written on the level of Dexter and Silence of the Lambs, if Twilight had a baby, that would be my script. It’s something that I very much love, I thought about selling it but to me it has various serial killers like the Crucifix Killer, the Historian, it has very different erial killers that have yet to be done in the media.