Horrornews.net Reporting from House of Hardcore in Philadelphia

HNN will be reporting from Icons of Wrestling / House of Hardcore on September 17th with all the bone-crunching details. 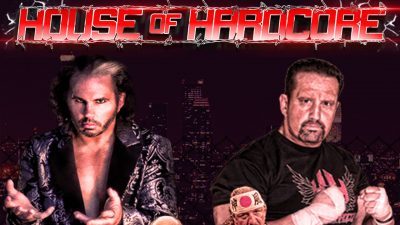 House of Hardcore returns to the hardcore city of Philadelphia at the 2300 Arena on September 17, 2016! This marks another packed day with the Icons of Wrestling Collectorfest (www.thecollectorfest.com) in the morning followed by House of Hardcore live action at night.

Tickets on sale now at www.houseofhardcore.net including limited Platinum VIP packages including a backstage meet and greet and front row seat!

HNN will be at ringside and hopefully not in line to be deleted by the broken one?

DG Haven & The Society of Villains 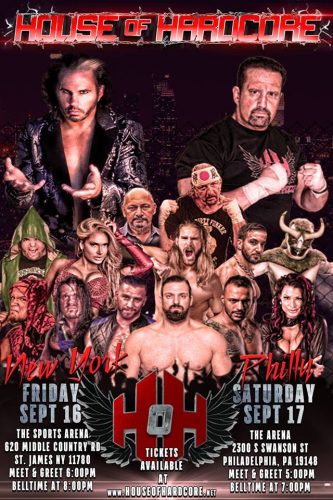