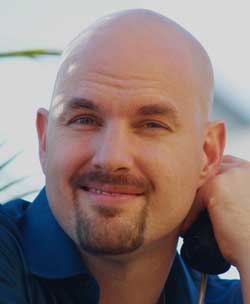 What challenges are you facing as director and producer of the upcoming series “Blade of Honor?”

Mark: We did do a promo and one of the things that is always a challenge is casting. Ninety percent of the work of directing happens when you do casting because if you get the wrong cast it is a hundred percent more work than if you get the right cast. So we started with some of our friends like James Kyson and Tim Russ who are consummate world cast actors. We also brought in Richard Hatch (“Battlestar Galatica”) and all these are good friends of ours. They are going to make our shoot, not just memorable but also something that’s going to be really provocative and not just entertaining but moving. Now that the casting process is complete and we have an incredible cast of “Star Trek” veterans and sci-fi veterans. The bigger challenge is over.

As the producer and director when you start the series how will you approach working with the actors?

Mark: Well we will have the script of course and the way I work as a director is we rehearse a lot and we spend a lot of time with the actors going over what they feel like the characters should be. I don’t do very good being a tyrant as a director so I really trust the instincts of the actors although I may build a character breakdown for them or where the character comes from. I tell all my actors I am only going to yell “Cut” if you step out of your light or you miss a line or do something strange. Or if you step away from the authenticity of the character otherwise as long as you’re in the character do what’s right. The actor to me is the king or queen of the integrity of their character. I have the overall look and I kind of know what I want. I know it’s going to be what I want the audience to feel but I rely on the actors to hold the integrity of their character. I don’t ever really want to get in the middle of that.

Who has inspired you professionally as a director?

Mark: Robert Zemeckis, who has done so many wonderful films like “Back to the Future” and “Contact.” He is probably my idol. I hope to meet him someday. Just what he has done for cinema has been amazing. It is sort of cliché but Steven Spielberg, again what he’s done has changed everything. My new favorite is Christopher Nolan and he is just a visionary who really understands the power of story and how to tell it in a way that we’ve never seen before. So much so that sometimes he get ridiculed for it but its like well, he’s pushing the envelope. Michael Nankin, he is in my mind one of the world’s best television directors. 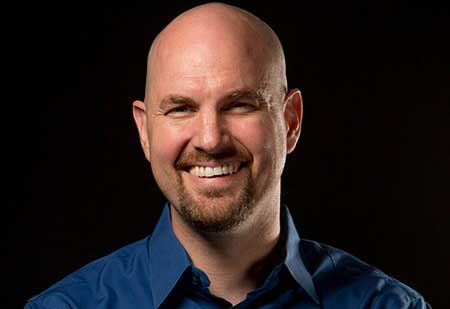 When you were growing up, did you know you wanted to be a director/producer?

Mark: No actually. I am the product of two professional musicians. I was six years old sitting at Grauman’s Chinese Theater in Hollywood watching this strange movie with my grandparents with this yellow text that was going forward and these spaceships that came in and it changed my life forever. I was actually going to be a paleontologist, I had dinosaurs and I loved rocks. I saw that movie and thought whatever that is, that is what I want to be a part of and because I was a product of those musicians I learned several instruments and became a film composer. For twenty five years I’ve written music for film and television.

The industry became really not the industry I wanted to be a part of about ten years ago. I had a friend in my despondency recommend to me that I make a career out of that which I did in my spare time which was making little short films. That was back in 2002 or so and I’ve been expanding into film but also seeing the writing on the wall regarding film as a medium and realizing that the new media that we want to go is internet and serial series. That has been my passion for years. With Kickstarter and internet distribution you can green light your own production and bring in great talent and have incredible visual effects for a reasonable budget. We have nine other series that we will be watching in the next three years of various genres. 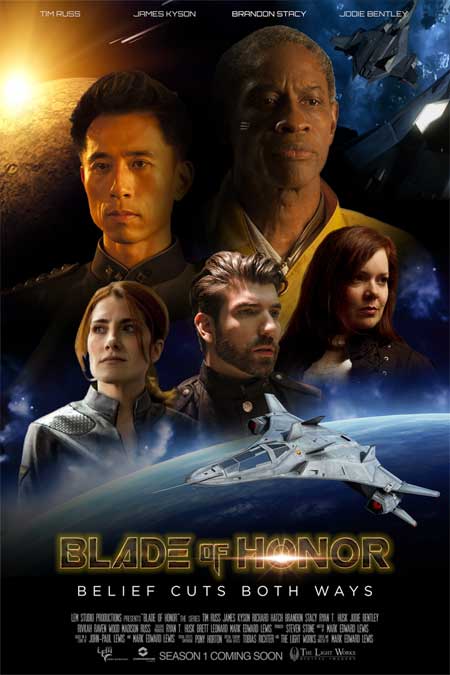 What would you like to say to those who will be watching and donating to the Kickstarter for “Blade of Honor?”

Mark: Thank you first. We are unable to do anything without you. We are committed to getting you your perks as speedily as possible and we are looking forward to those of you that will be with us on-set.  It is run by a gentlemen to who has done quite a few of these named Ryan T. Husk.