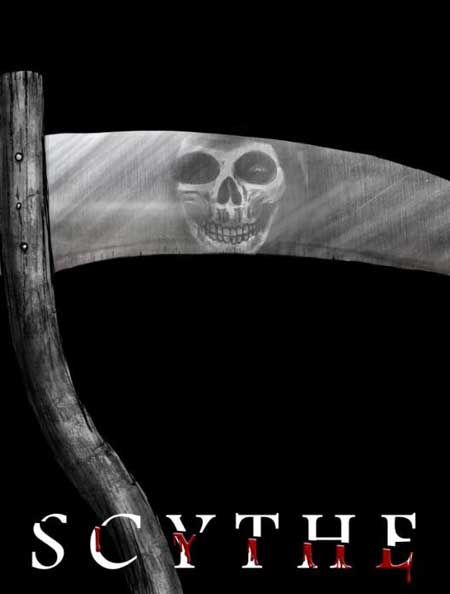 A high school girl reflects on her future, when a serial killer breaks free from prison.

Yet another short film, folks. Today we have SCYTHE, written and directed by Jim Rothman.

Poor Amy (Andrea Muller) is in a quandry. High school almost over, the rest of her life ahead. Not a child anymore, but not an adult either. Like most teenagers, Amy wants to make an impact with her life. She wants to leave her mark.

Her friend Tracy (Zailee Madrigal) is not as pressed about these things. Tracy knows Amy will make a difference in the world simply because she wants to make a difference. it’s people who don’t care who fail.

I know this all sounds like an after-school special, but trust me…it’s going somewhere.

Amy finally decides to head home and study for finals. She decides to walk, get some air and clear her head. No sooner is she out the door than Tracy sees the news that the Grim Reaper Killer has escaped.

Mr. Rothman is an actor and filmmaker who seems to understand the short film genre. Yes, there do seem to be some logic holes in the story but that could just be me nitpicking. I’m a film reviewer, it’s my job.

The cast is young and fresh. Not a lot of credits for either actress and they only go back a few years. They are fairly new and unknown, and likely poised to break through any day now. See this film so you can be a hipster fan that can honestly say “you knew them when”.

So using my special short scale of one to five, five being awesome, I’m giving this film 4 scythes.