Horror Funding: Eli and His Demon 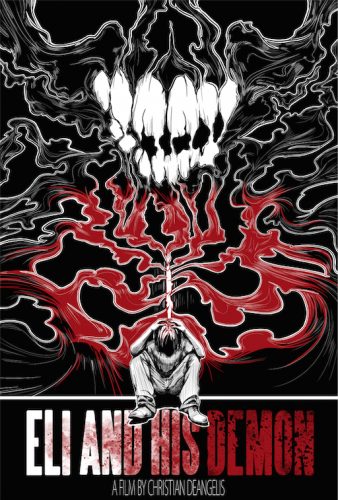 Eli and His Demon is a new short film from Christian DeAngelis – a dark, hallucinogenic tale of a man confronting a very bad part of his past. Driven by two actors who doing psychological warfare, our team looks to bring the vibrant energy of this project to life, and have the audience thinking long after the film is over. You can find out more about supporting our project in the link below.”

Why Contribute to “Eli and His Demon”?

Eli and His Demon is a story that appeals to all lovers of dark, unsettling material. Recent successful films that resemble Eli’s story can be found in The Babadook, The Witch, or even non-horror films like Birdman. The drama and the tension comes more from the effect the monster has on the character, as opposed to the monster itself. Like all of those films, at its core is something very human that doesn’t need a supernatural edge to shine through.

What Your Money Will Go To:

Since Eli and His Demon takes place in one location with 2 actors, costs on the film are kept to a minimum. However, the visual style requires lots of time and equipment that raises the costs up more. Money donated towards the film will go to the following:

Once our funding goal has been reached, any additional contributions will increase the production value of the film, offset post-production costs and cover festival submission fees.

As startup film makers, raising money is one of the biggest challenges one has to go through. To show our gratitude and appreciation, there are also several cool perks you get for donating, which you can see to your right!

Tags li and His Demon