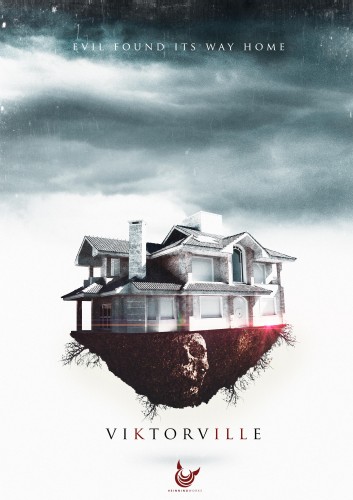 Joston “El Rey” Theney of production company #SinningWorks announces the acquisition of the upcoming supernatural feature Viktorville from producers ShaRhonda “Roni” Brown and Sulaiman Muhammad.  This white-knuckle horror stars Andrea Ciliberti The Last Man(s) on Earth, Najee De-Tiege of Power Rangers Samurai and Denise Garcia of Pet (2016), and Akil Pugh in his directorial debut.
“Roni wrote and produced a terrifically suspenseful film and it just felt like the perfect fit under the #SinningWorks banner,” Theney said when asked about the film.  “She’s a very talented writer who understands the moments and Sulaiman is an executive producer who knows how to put every dollar on the screen.  They are a great team – I can’t wait to share what they’ve created and see what else they’ll do.”
This marks the first feature film under the #SinningWorks banner that isn’t written and directed by “El Rey.”  When asked what this means to him and his production company, Theney answers, “#SinningWorks is a brand built on showcasing the finest in darker entertainment – horrors, thrillers, suspense films and dark comedies.  There are a lot of films out there other than mine that fit the brand and I want to be the one that finds them, helps them find equitable distribution and helps them find the widest audience possible.”
Synopsis:
There is a malevolent presence in the King residence – one that has taken the lives of 11-year old Alexis King’s mother and her baby brother, and seen her psychotic father take the fall for the murders.  On Alexis’ 21st birthday, she receives a sizable inheritance which includes the storied family estate.  She relocates to the home, determined to start a new chapter of her life and find herself.  But what Alexis finds is the truth about the home’s horrific past and what she has locked away inside her all these years. The malevolent presence that destroyed her family has found it’s way home to… Viktorville.
Share