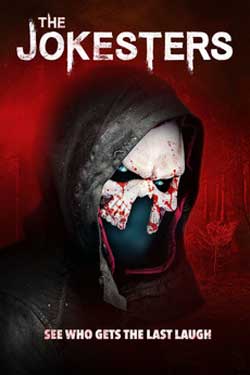 Before I watched The Jokesters, I had no idea what to expect – neither the name nor the poster gave much away, so I sat down to watch it having read only a brief synopsis which I found online; in short, ‘a prank goes horribly wrong’. I honestly had no idea how they would drag it out for eighty minutes without it descending into something completely ridiculous. Having seen it, I’m no closer to understanding.

The Jokesters follows the Prank Masters, members of a popular ‘VidHub’ channel who (you’ve guessed it) spend their time playing pranks on one another, filming it and uploading it to the internet for everyone to see. The opening includes some footage of their antics – the pranks are nothing special, but they’re no worse than the content of actual channels like this on YouTube, so I suppose I have that to be thankful for. 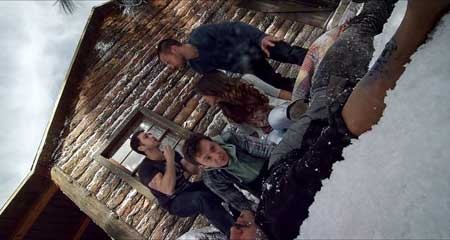 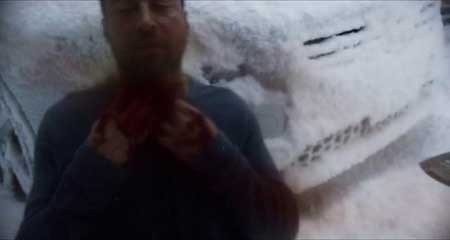 The Prank Masters consist of Nick (Nathan Reid, who also wrote the film’s screenplay), Andrew (Gabriel Tigerman), Chris (Luis Jose Lopez) and Ethan (Dante Spencer). When Ethan announces that he’s getting married, and the possibility of him leaving the group arises, the other three, led by Nick, take it upon themselves to carry out the ultimate home invasion prank, with the newlywed Ethan and his wife, Gabrielle (Jen Yeager) playing the starring roles of victims one and two. I’ll admit that the build up to this point wasn’t necessarily that bad – in typical found footage fashion, the characters and their defining traits are established. It wasn’t hard to watch. The footage from Ethan and Gabrielle’s wedding was relatively entertaining, with Nick’s comments causing a stir among the guests, but, unfortunately, the writing was a little too heavy-handed in its allusion to the events of the second half of the film. 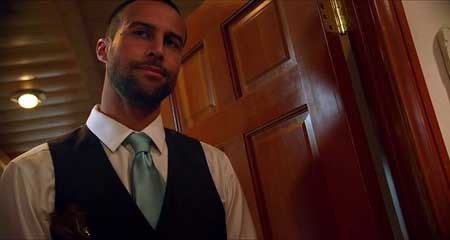 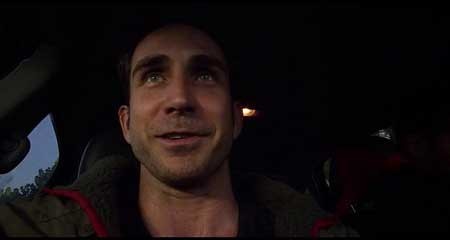 Once Ethan and Gabrielle are on their honeymoon (conveniently enough, in a cabin in the woods), the directing of the film seems to take a turn for the worst. It honestly wouldn’t surprise me to the learn that the director of the first half had given up and walked off at this point – all of the establishing work done at the beginning of The Jokesters was, apparently, thrown out of the window. After Nick’s ‘ultimate prank’ is foiled by Ethan and Gabrielle, he’s humiliated (though Chris and Andrew don’t escape unscathed, as they’re also forced to stand naked in the mountain snow). In secret, the entire group conspire to get their own back, orchestrating what might have been a genuinely interesting scenario in retaliation. However, when they finally reveal that it was all a joke, things go downhill, with Nick turning on them in a surprising display of violence. 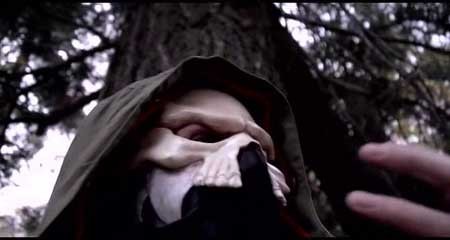 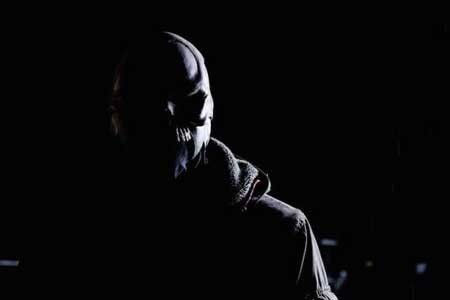 Though Nick’s descent into madness was sudden, it provided a few fairly visceral scenes for the gore fans among you as he hunts the rest of the group down, one by one, ultimately kidnapping (and presumably torturing) Gabrielle. Unfortunately, these were ruined by the overwhelming self-indulgence of Nick’s monologues and the character’s over the top approach to the killings (and, naturally, the aftermath). Who walks around wearing a skull mask 24/7?

The ending of The Jokesters was just stupid – there’s no other way to put it. I’m not sure if Nathan Reid was trying to make a point about the internet or viral video sensationalism in the final few scenes, but I think that perhaps I’m trying too hard to find something cerebral. Regardless of his intentions, the whole thing fell flat for me. If you like Jackass, then maybe you’ll enjoy The Jokesters for its take on the sort of prank culture they’ve contributed to. It starts out with potential, but quickly peters out into nothing special – you’re not going to see any blood until almost an hour in, if that’s your thing, and it felt too rushed to be enjoyable. 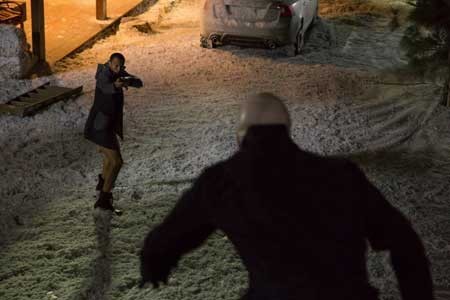 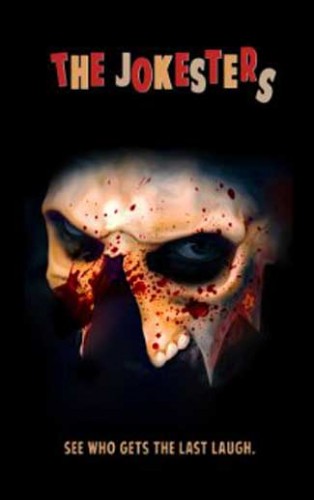 The Jokesters might serve well as a comedy – at times, it was genuinely amusing, though perhaps unintentionally – but if you’re looking for a decent scare, I’d give it a miss. 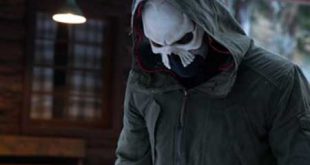 The Jokesters to Deliver Pranks and Chills