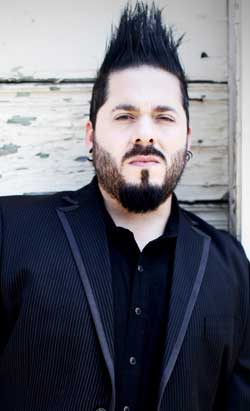 Why did you decide to write and direct The Unwanted?

Watching the Elisa Lam video online simply sparked something in me – the day I watched it is the day I started writing it. It bothered me. I feel for her. And although our film is not based on her story, or what happened to her – it awoke something inside of me… inspired me to take on a roving possession story. Plus utilizing a backdrop of a day-rate motel and its extended stay residents – just gave itself to delicious characters. It’s the perfect setup for the perfect horror movie.

Do you feel sites like kickstarter and indiegogo give writers, directors etc. a little more of a chance to get a project made they may not have had a chance to even get made?

Crowdfunding has its ups and downs. As a standalone source of budget, I feel like that has passed for filmmakers. But as a way to get first money in to show financiers there is a demand for your film… or for finishing costs – it’s an awesome thing.

You have worked with Andy Mackenzie and Tony Todd previously. What is like working with these two talented actors?

Andy Mackenzie is fierce. He’s a beast on screen (look at True Detective!) – And beyond edge, he provides so many layers to the heavies he usually plays on screen. He’s rather brilliant. In our film, I cast him a little against type – which is going to really bring him raw. I can’t wait for you all to see!
As for Tony, professionally, man, can he command a scene. He owns it. When he’s given material deserving of his talent, he deserves an Oscar. Frightening, intense, sympathetic, devastating, funny… he can do it all with three words. He blows me away. If you haven’t seen Tony in his one man performance of Ghost in the House, you haven’t seen acting.

[youtube]https://www.youtube.com/watch?v=gpuaLcJap74[/youtube] Personally, Andy and Tony are a pair of my dearest friends. Working with them is like working with two giant teddy bears – until they get into character – then WATCH OUT!

What stands out for you with Kickstarter?

THE WORK! Wow, raising funds on Kickstarter is TOUGH! If we pull this off, we’ll be the comeback story of the decade. We have a DAY to make 85% of our goal! Every dollar counts and if enough people pledge and get the word out… it could happen!

What Advice would you give to fellow writers and directors who want to maintain longevity in their career?

Don’t give up. Agents, Executives, Attorneys – a lot of them will try and stop a project, not because they don’t like you or the material, but because they’re afraid to say YES. It’s so much easier to say NO. Stick with it, you’ll weed through the bad ones and eventually find AMAZING people all over Hollywood that will do everything they can to get you that YES!
That, and never stop writing. 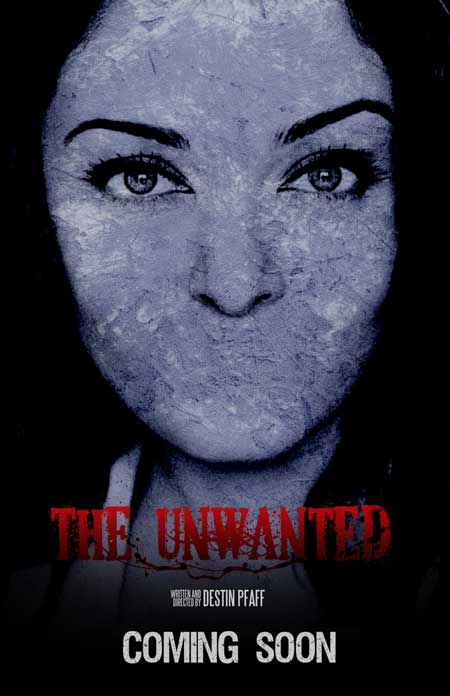 Sushi Girl was a great film, it had a good story, a lot of plots and an incredible twist at the end. Why do you think it is so difficult for some to come out with their own original projects?

Brand recognition and familiar stories are low hanging fruit. A lot of people tend to go lazy and just rehash. Others, tend to be so close to their unique vision – they don’t want to change anything… they forget that film is collaborative. You CANT forget that. Don’t stand in your own way.

Who has inspired you personally and professionally?

Beyond my parents, my wife, Rachel Federoff, and my son… beyond the friends and family who have watched me go on this industry journey for decades… beyond my reps and peers who continue to surprise me…. who else inspires me? Every one of you out there who are just like me – that want to create and enjoy something scary?

If The Unwanted goes well, do you plan on writing a sequel?

There could definitely be a sequel, but I don’t think I’d write and direct it. Let someone else’s vision have a go! Keep it fresh! 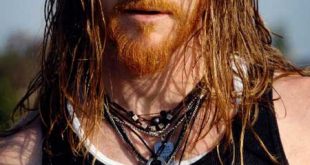