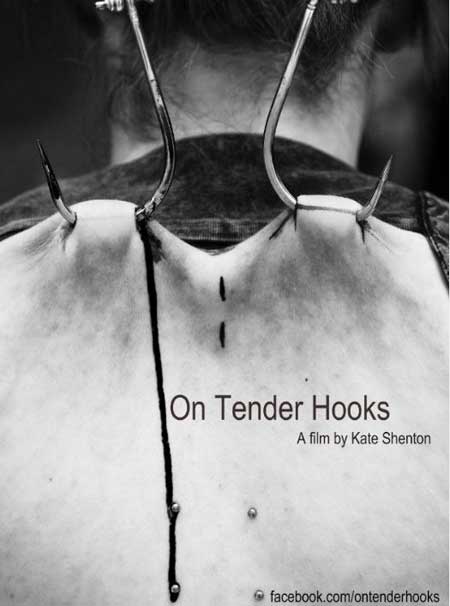 An independent feature-length documentary exploring the world of human suspension.

The practice of suspension has long been a fixture of religious rituals and rites of passage, more recently being utilized in performance art. In Kate Shenton’s documentary film, suspension is shown to have become something far more accessible to interested parties, its praises sung by a global community of enthusiasts and supporters. With its involvement of piercing, suspension is often described as a form of “body modification”, although (scars aside) the modifications are not permanent; they are merely intended to prepare the person physically for an experience that generally lasts a matter of minutes, or sometimes hours. As safety is a pivotal concern for both practitioner and suspendee, the time spent in preparation often far exceeds the time in suspension. 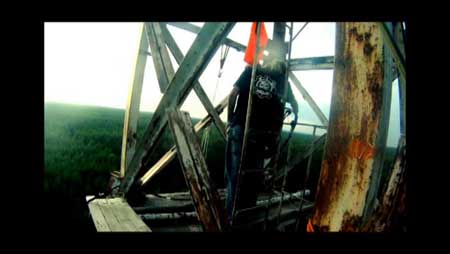 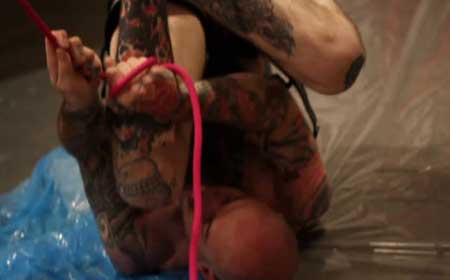 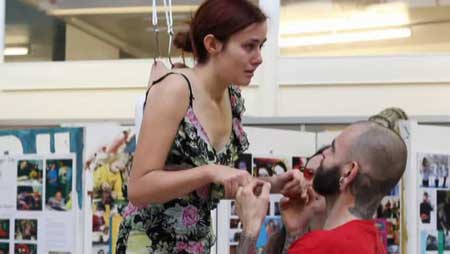 On Tender Hooks will be a shock to the uninitiated. It is a very intimate, warts-and-all examination of a practice that turns most people off with even a brief description. As portrayed in the film, first the areas of skin to be pierced are sterilized and then briefly massaged. It could be a spot near the shoulders, near the knees, above the nipples – even the buttocks. Then the flesh is pierced – often using deep sea fishing hooks (with barbs removed). When the suspendee is ready, they are hoisted into the air by the use of ropes and pulleys, in one of many specific types of suspension.

The occasional curious, brave or intuitive soul might observe this process and quickly volunteer to experience it themselves. Most people, of course, get stuck on the “why?” – and director Shenton makes a solid attempt to explore this question, without trivializing the importance that suspension holds for its advocates. From behind her camera, she interviews practitioners and onlookers alike, eliciting a small piece of the perplexing puzzle from each, and her journey takes her from England to Norway and Croatia.

Some people do it, at least initially, for “shits and giggles.” Others focus on the challenge, the opportunity to push their boundaries. Many find the effect purifying, and conceive of the process as a spiritual rite. It is common for the experience to end in tears – not born from physical pain, but resulting from an overwhelming emotional catharsis. All suspendees seem to be united in the opinion that, whatever the aim or outcome, it is an exhilarating and liberating experience, which many are eager to repeat. A major component is the rush – the flood of adrenaline and the magic of endorphins. It seems to conquer the physical pain, particularly as the skin quickly proves its own resilience. 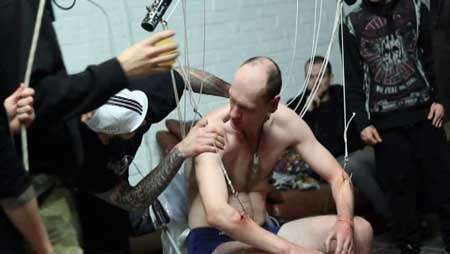 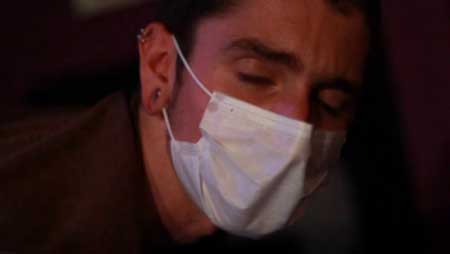 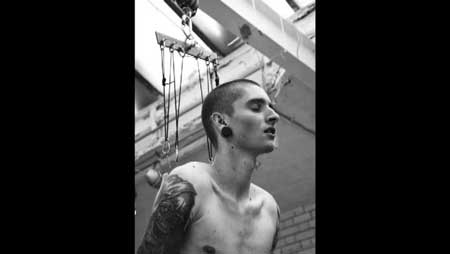 Shenton doesn’t shy away from the moments when things don’t go as planned, though – the last-minute panic, the excessive bleeding, the passing out. She even uses her own experience of suspension (her first and only), bravely and unglamorously, to illuminate each step in the transformative process; what starts as an obviously traumatic episode ultimately becomes a deeply valued experience.

The rigors of the procedure are likened to the efforts undertaken by athletes – who must commit to a strict regime, whereas the focus of suspension is rendered as more of a release or even a deliverance. Despite this, practitioners are often stigmatized and forced to justify their activities, with many interviewees talking of the harsh judgements and ostracism they are forced to endure by friends, families and entire communities.

There are, inevitably, those for whom there is always another barrier to cross or norm to transgress. One guy is shown having long needles inserted through parts of his face, while a colourful character sporting over fifty facial piercings, as well as a pair of horns, is filmed during preparation for a suspension that involves no less than a hundred hooks. The bungee jump suspension scene will cause daredevils the world over to wet their pants; the shot of a woman suspended from hooks embedded in the ass of a guy who is himself suspended will probably cause more squeamish viewers to leave the room. The ones that are still left by that stage, anyway. 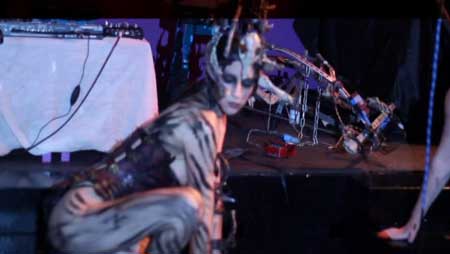 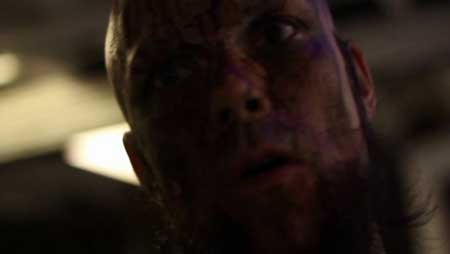 Based on the subject matter, the lack of support for truly independent filmmaking like this, and the expected limitations of the form (most notably the occasional unintelligible dialogue), it is unlikely that On Tender Hooks will reach a large audience. This is unfortunate, as the lack of polish fosters a rawness and honesty that reveals things that would otherwise be veiled in gloss. Those who do take up the challenge of watching the film will be able to witness many people in close-knit communities in various stages of rebirth, fully supported and supervised. Critics of suspension label it sick and sadomasochistic. Those in the know call it art, liberation, bliss.