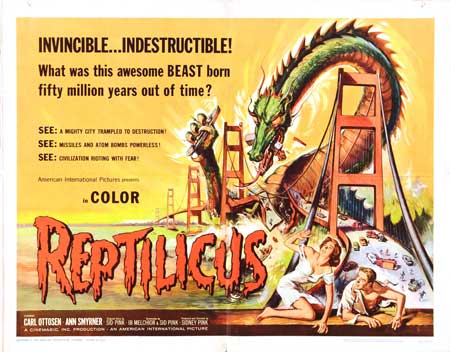 After copper miners discover part of the frozen tail of a prehistoric monster in Lapland, scientists inadvertently bring it back to life.

The film begins with a group of engineers prospecting for copper in Lapland. There, as they are drilling, they happen upon the frozen remains of an as yet undiscovered prehistoric ‘dinosaur’. (I use the term loosely.) These are quickly transported to an aquarium in Copenhagen, Denmark, where a group of scientists go about studying what is revealed to be a reptilian tail.

However, owing to the negligence of the one of the scientists in question, the tail is left to thaw out; it quickly becomes apparent that the specimen is, in fact, alive, and is even able to regenerate itself. So, like any self-respecting researchers, they give it a name and continue to observe its growth. 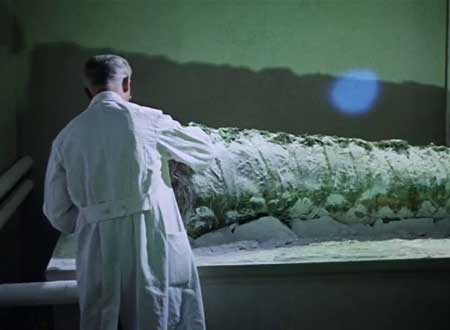 This proves to be a grave mistake, though, as Reptilicus manages to escape from the industrial freezer and flees from the lab. The rest of the film is relatively uninspired – typical fare for monster movies, with the central cast involving themselves in the pursuit and eventual destruction of the creature. Most of the characters in the film are hardly worth mentioning by name. There’s Svend, who I can only assume is the main character. Annoyingly, he seems to have served his purpose within the first few minutes of the film – yet, in spite of the fact that he is neither a scientist nor a member of the military, he hangs around for the duration like a bad smell. 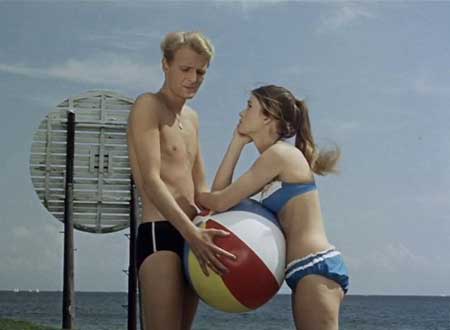 Petersen (also known as the ‘obvious comic relief’) is just as bad, although (mercifully) he disappears about halfway through the film. He is, however, involved in some of the most out of place scenes in the entire film – half an hour into the story, there’s a musical interlude in a park, with Petersen surrounded by a group of singing children. Considering that this is supposed to be a film about a terrifying monster, perhaps having a bunch of children openly laugh at the very prospect wasn’t the best course of action when trying to build suspense. 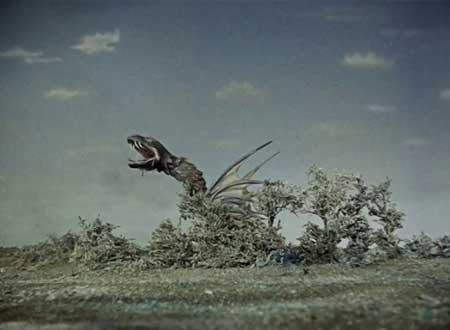 Having watched the film, it seems that Petersen was written in for the sole purpose of giving Dirch Passer, who played the character, a role within the film. At the time, he was an extremely popular comedic actor, and it’s likely that having his name appear among the other cast members gave them greater attention from the media.

As I’m by no means fluent in Danish, I was obligated to watch the film with subtitles. I suspect that, for those of us who don’t speak the original language, most of the film’s attempts at humour are lost in translation. On the particular track which I used, some of the lyrics to Petersen’s song became very strange when translated into English. One such gem included: ‘If you see my Tilicus, you’ll wet your pants.’ Given the context, we can only hope that this isn’t a euphemism. 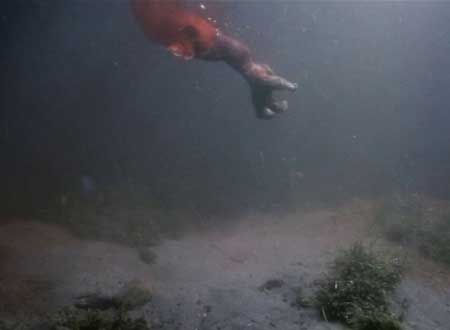 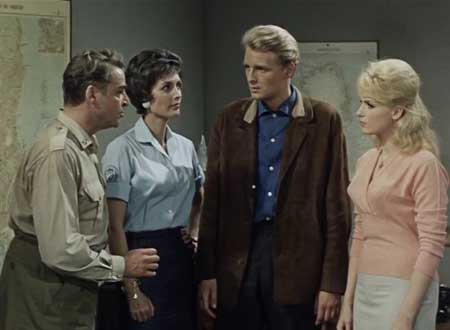 Concerning the monster itself, well… It looks as if it was cobbled together in a rush by somebody who’d never seen an actual dinosaur. Reptilicus is supposed to be a descendant of the brontosaurus, but seeing the two side by side, it’s impossible to tell. With its stuck-on feet and laughably stunted wings, it’s easy to see why even the children found it hard to be afraid. 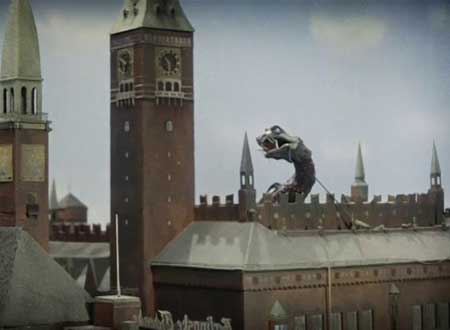 The version I watched was the original Danish (with subtitles, as I’ve mentioned), but I understand that the film was altered quite substantially for American release. Aside from a dubbed voice over, some additional scenes were added, such as those in which Reptilicus spews green slime from its mouth (acid, supposedly) and an amusing moment where it proceeds to eat an unsuspecting farmer. Scenes of Reptilicus flying, as well as the strange musical number, were also cut from the American version – having seem them myself, it’s easy to see why. The strings are often visible, and Reptilicus’ stubby wings look ridiculous in flight. 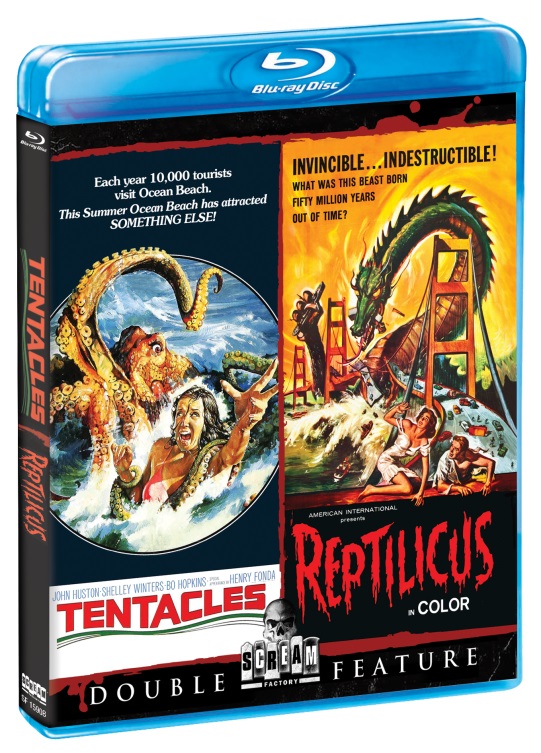 Reptilicus is the first and only ‘monster movie’ to come out of Denmark. It’s easy to see why.