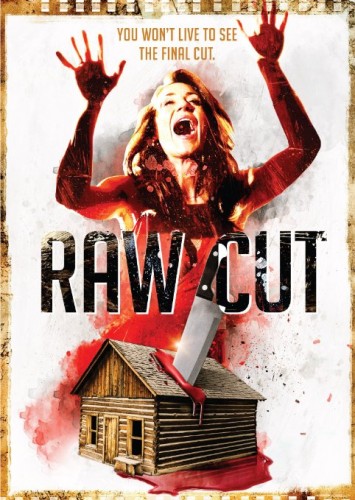 A long weekend in the remote Wyoming mountains exposes a group of friends to an evil they never saw coming.

I had heard good things about RAW CUT, so much so I was actually very excited to sit down and finally watch the picture. When I sat down and hit play it quickly became apparent these people were seeing something in the film I most certainly was not. I hate to be the type of person who urinates over someone else’s accomplishment (making a feature film is a difficult task and I applaud them for doing so) but from the opening scene I knew it was going to be difficult to make it through to the end. It was a task for me, it took three days. I couldn’t handle more than a half hour at a time and even then I felt like time was being wasted and there were better things I could be watching. Daytime talk shows offer more bang than this lemon offers the audience.

Adam (Daniel Ponickly) is successful in his career and he has finally found the perfect woman to complement him, Stephanie (Zoe Quist). Her heart lies in making films and she has a great idea she’s ready to film. Now they are engaged and ready to share the news with Adam’s best friends Jack (Christopher Soren Kelly) and Amanda (C. Ashleigh Caldwell) who have been married many years themselves. Adam invites them to his luxurious cabin in the Wyoming mountains so he can share the news with them and finally meet Stephanie in the flesh. While they are remarkably happy, Jack and Amanda are struggling financially and in their relationship as well. They try to hold it together for the weekend but it won’t exactly be easy. Everyone gets along great and are having a fantastic time when Stephanie shares her idea for a movie. She wants to make a found footage film about a crazed killer stalking a group of people at a cabin. After some discussion, the idea morphs into to hillbillies terrorizing two vacationing young women. Amanda is a little reluctant but they all agree and set out to make some art. As the group delves into the picture, truths become revealed and their lives will all be at risk. 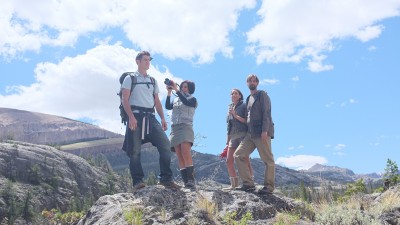 The premise does pave the way for what could have been an interesting film but what transpires is far too much uninteresting dialogue dragging on and then repeated again. The cinematography is dull and fails to capture anything interesting in any of the locations. More than anything else, the acting is very inconsistent. There are several moments where you almost fall into the story but one of the actors fails to deliver and you’re immediately slapped out of it. The most consistent performance goes to Caldwell who portrays who I felt was the most well-rounded character and most sympathetic. The innocence, frustration, and uneasiness to her character is really captured with her every appearance on the screen. 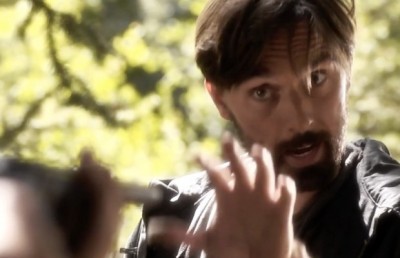 The film was written by Ponickly and directed by Quist on what seems like a budget of pennies and dimes. Maybe if there had been an adjustment to the pacing I would have had a different opinion on the completed film. As it stands, RAW CUT is uninteresting, predictable, and boring. They try to sway you into thinking one thing and deliver the big shocking finale but I had a sneaking suspicion they were gonna try and pull one over on the audience and they did. 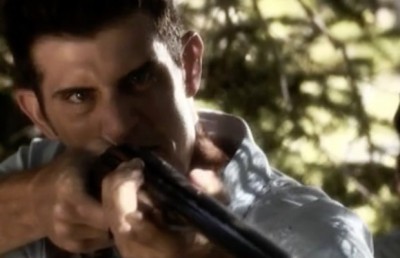 I wasn’t surprised or amused and there was never a real payoff. Like I said, the premise showed promise but it in the end we feel as if we just lost some precious time we can never get back. I give the filmmakers credit for doing their best and I hope when they tackle their next outing they have learned from their mistakes and create something far more suited to their talents. Every filmmaker has to start somewhere right? Horror fans will want to avoid this at all costs and I’m sure you can find something (anything) better than this. *1/5 (out of 5).