Without a doubt Step 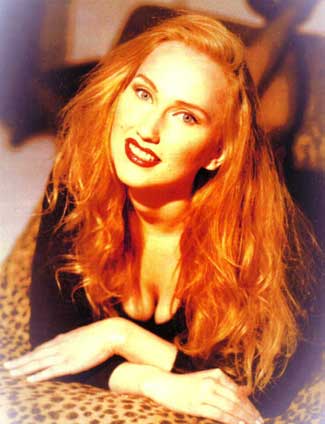 hanie Beaton is a legend when it comes to horror movies and easily one of the most recognizable “Scream Queens” of all time. She has appeared in many awesome horror flicks such as The Evillmaker, Evil in the Bayou, and several of the Witchcraft movies. In addition she is a writer and director and is responsible for such great films as Tales from the Grave, The Bagman, and others. I had the honor of working with her on a couple of movies in the past (I wrote the segment “Angel” from her movie Tales from the Grave 2: Happy Holidays!) and in addition to being extremely talented she is also just an all around fun and awesome person to boot. I am happy to call her a friend and was lucky enough recently to chat with her about several things.

The following is the interview that I conducted with her:
Todd Martin:  When did you decide that you wanted to work in horror?

Stephanie Beaton: I always wanted to do horror films! I loved them growing up and when I auditioned for my FIRST horror film in 1995 and landed the role it seemed like it just fell into place and one horror film came after another.

TM: What was your first film and how did you break into the film industry?

SB: My first film was Unnaturally Born Killer back in 1995. I had done some modeling stuff and runway work and a music video or two, but no films.

SB: Well the actress I LOVED had nothing to do with horror films, Demi Moore. Although her first feature was a film called Parasite that I saw at the drive in back in Ohio. However, I did like the girl in the film version of Christine if that counts, not sure. But my friends and I would reenact the scenes from Friday the 13th and we were certain characters running through the woods playing the scenes out ourselves.

TM: Who are some of your favorite people to work with?

SB: Heather Locklear was SO nice. I dearly LOVED working with Ron Ford too. Nice guy and talented director.

TM:  If you could work with anyone who would it be and why? 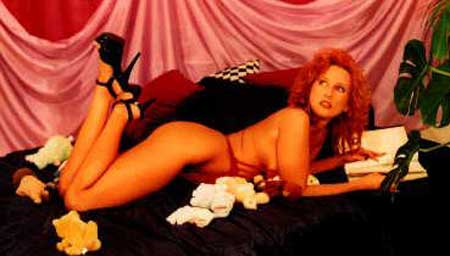 SB: This I truly have to think about. I am so brain dead from lack of sleep.

TM: Of all the movies that you have been involved with which one is your favorite and why?

SB: I would say the Witchcraft series. I know they were really cheesy but it was fun playing a detective. Plus working with my friend Mikul Robins was great and again, I got to work with Ron Ford in Witchcraft 11! In Witchcraft 10, I got to go to London. 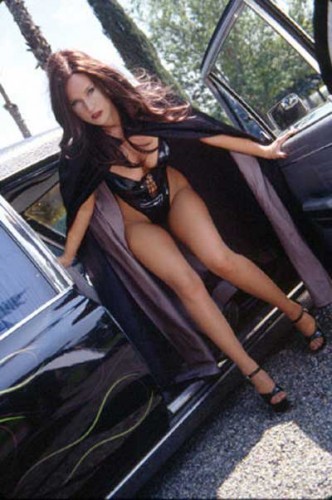 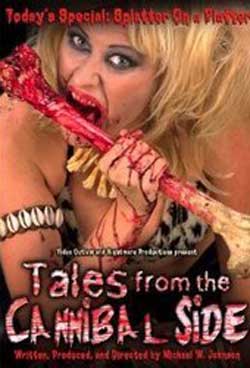 TM:  What advice would you give to anyone who wants to break into the horror industry?

SB: Don’t let yourself be too easy or sell yourself short. Pick and choose your films wisely. These days it seems like the girls who are nude on camera and only worked in one or two films are instantly labeled a “scream queen” and you have to earn your stripes!

TM: What would you say have been your biggest challenges working in the horror industry? 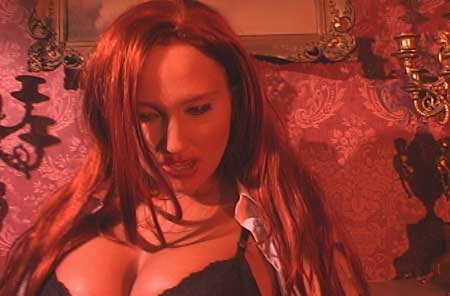 SB: Getting paid good money for the roles I acted in. That, and actually getting paid without the checks bouncing at the end of the shoot. It really sucks to hear “I’m sorry I don’t have the rest of the money to pay you”.

SB: This is SO hard! I have SO many! I will have to get back to you on this one.

TM: In your opinion what is the scariest movie ever made? 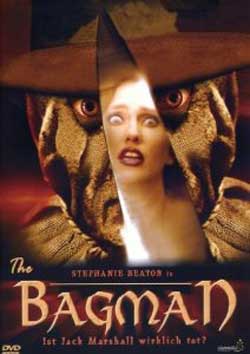 SB: God you ask the toughest questions. I would say watching The Exorcist with the lights out and alone at 1am was pretty damn scary!

TM:   If you weren’t working in the horror industry what would you be doing right now?

SB: Well funny you ask that, I have been on hiatus since 2006 and have been working a “real” job at a cancer facility.  Life sort of changed and now I have the WORST cabin fever over being trapped here and NOT doing what I love which is either acting, or directing and producing my own films through my company, Silver Moon Productions.

TM: What projects are you working on at the moment or is there anything in the near future you will be working on?

SB: Right now it is as dead as dead can be. Last year in September I shot a commercial where I was riding a mechanical bull. Let me tell you, riding that thing for 5 hours in the hot sun…I had SO many bruises and open skin removed on my ass and could hardly walk for weeks! Horrible. But right now, I’m not doing anything. I would LOVE to have the opportunity to get back at it again and start shooting stuff on the weekends when I am not working my normal job. But I just need to get myself out there all over again.

TM: Would you like to add anything or is there anyone that you would like to give a shout out to?

SB: I can’t think of anything to add….But hell, IF there are any directors out there or production companies who are looking for a red headed actress  and are willing to work around my schedule of weekends only or filming late night in Los Angeles, I am so down with it. Although, I do have a TON of vacation time so I can take time off to fly anywhere you would need me to go. Would love the opportunity to get back in the saddle again! Been a long time. TOO long!!!

Thanks Stephanie for allowing me to interview you! You rock!