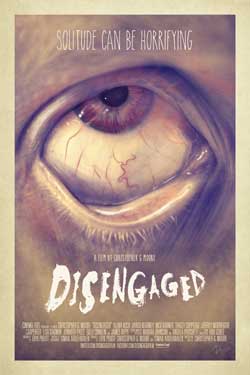 A determined young woman faces the daunting task of taking care of her neighbors after a post-apocalyptic event leaves them frozen in place.

Over the past couple of years, I’ve been honored with the task of participating as a judge at a few horror film festivals. The Fear Fete Festival, The Macabre Film Faire & the venerated NYC Horror Film Festival asked me to help judge their entries, and I was more than happy to do so. I love the idea of seeing new films from directors who might just be the next big thing in the horror genre. Christopher G. Moore’s latest film, Disengaged, is a surefire sign of a burgeoning new talent that is headed for bigger things. 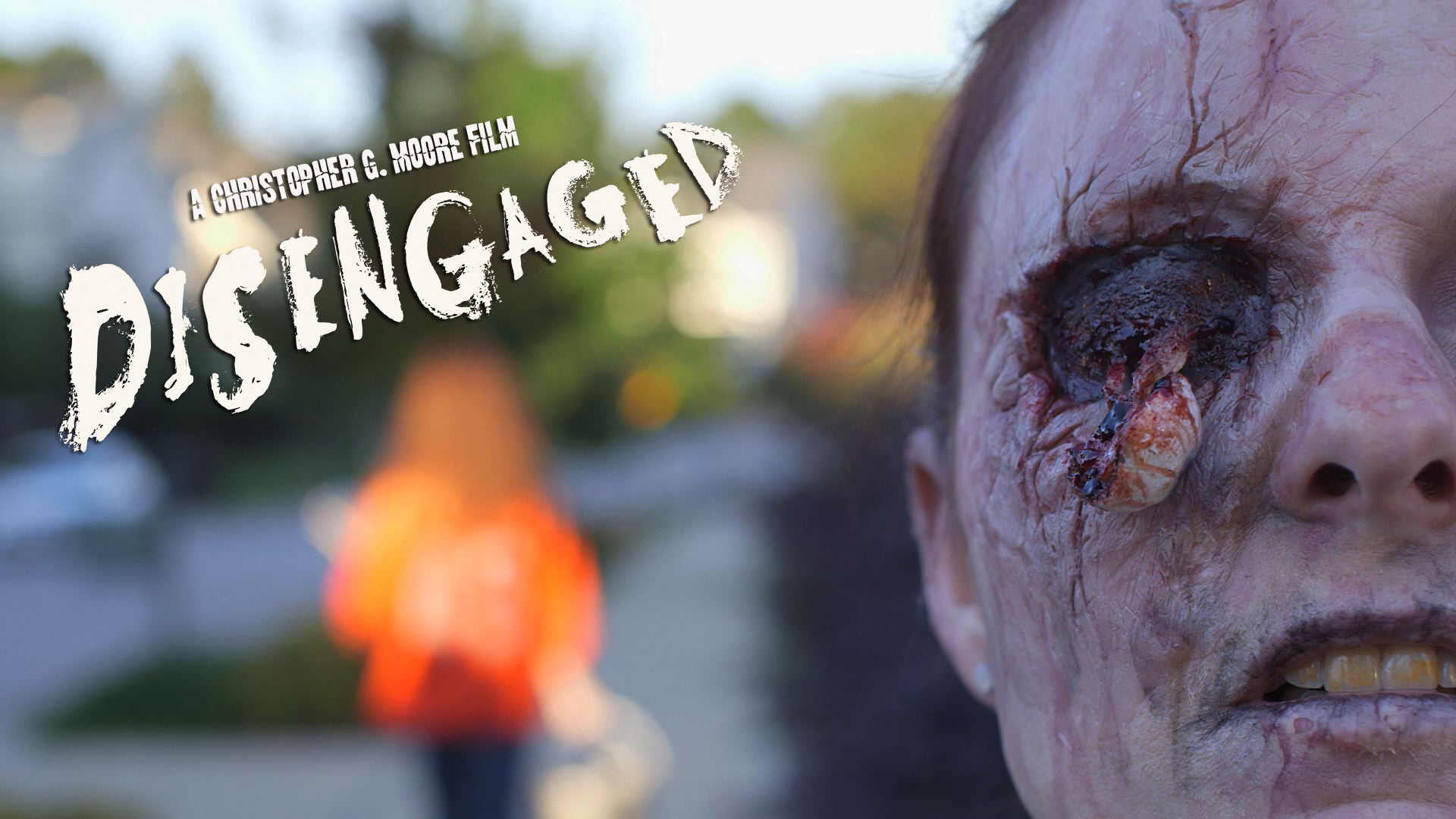 Scripted by Eryk Pruitt, Disengaged is about a young woman named Wendy (Alena Koch) who finds herself in a strange situation. She’s the sole survivor of an unexplained phenomenon that has essentially frozen everyone else around her in place. Whether this phenomenon is due to a virus, a supernatural event or something from outer space is never clearly delineated, but everyone who was affected by it seemed to be looking skyward when it happened. As there is no help coming to her, Wendy takes it upon herself to care for her friends and neighbors who are slowly rotting away as they’re stuck in place. Every day, she gathers together a bucket of warm water & a sponge to wipe her friends down, and speak to them for awhile. They’re still alive (They can moan slightly), but they can’t talk back to her at all. As the days go by, it’s apparent that Wendy’s not only doing this to help her neighbors, but to help herself as well. The one sided interactions she has with them help to stave off her loneliness as well. But ever so slowly, she’s losing her tenuous grip on her sanity. 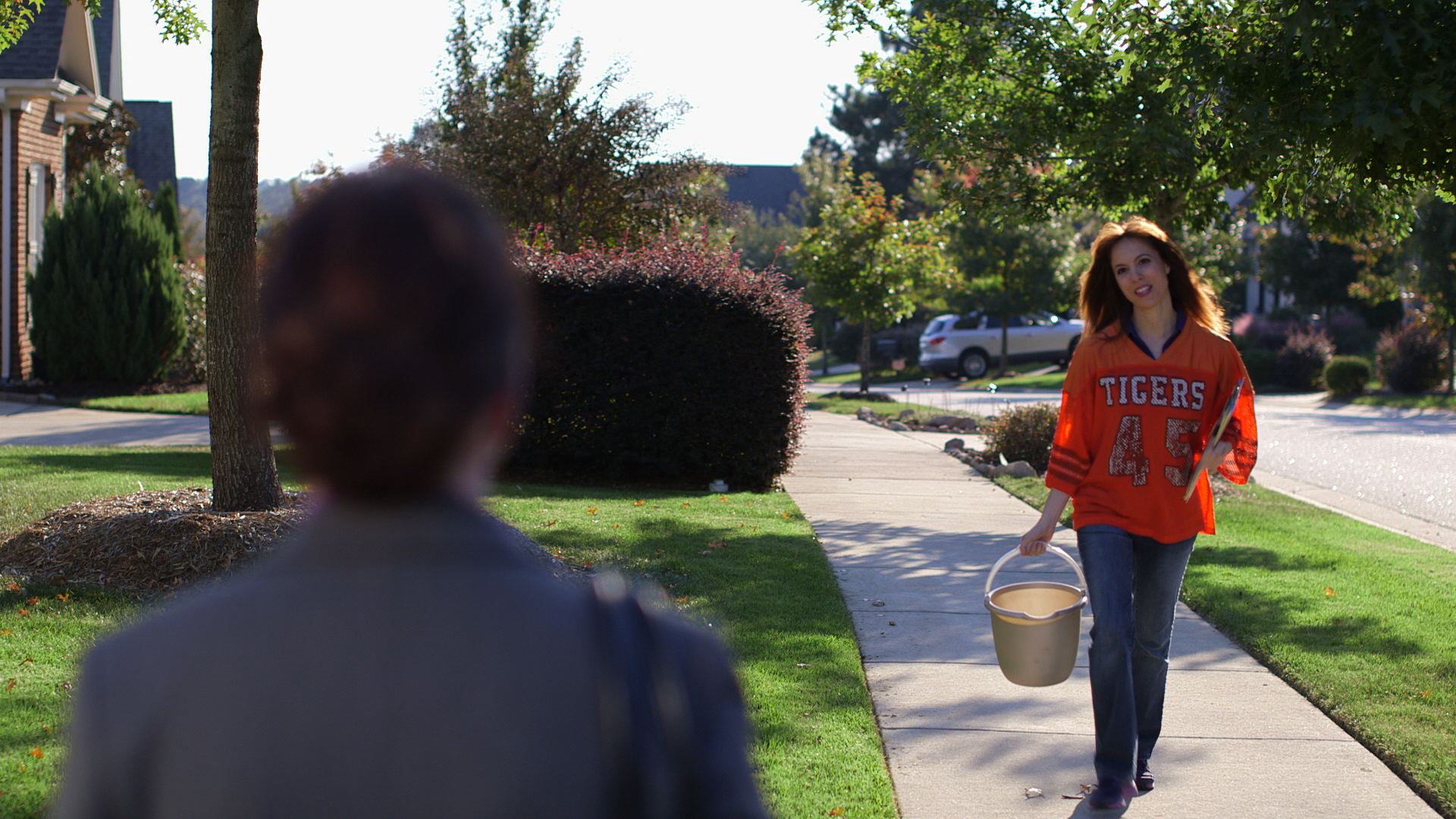 It’s really hard to do a lot of storytelling when you have only fifteen minutes to tell a story. But Moore and Pruitt do a incredible job of saying just enough about Wendy’s situation without telling the audience too much about it. Exactly what happened? Why wasn’t Wendy affected by it like everyone else was? And what happened to everyone who wasn’t looking up at the time it all happened? Disengaged works masterfully despite the fact that it doesn’t provide all of these answers. It leaves the audience with a multitude of questions, but rather than frustrate its viewers, it energizes them! You will genuinely want to know why this is all happening to Wendy and when it’s all said & done, you’ll beg for a full length feature based on the short. 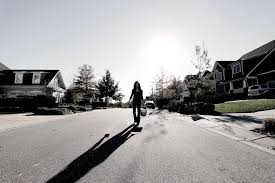 Since the rest of the cast is immobilized for much of the film, Ms. Koch is featured front and center, and she gives a truly heart wrenching performance that squeezes every drop of pathos out of the character of Wendy. We see short snippets of the rest of the cast members just before they become immobilized, but as Wendy is in every scene, it’s Ms. Koch’ show. Scenes in which she’s just sitting at a table, eating a small meal by herself are really effective in their conveyance of her overwhelming loneliness. She still does her hair & makes an effort to look good before she goes out to tend to her neighbors in the hopes that maybe they’ll respond to her, or maybe she’ll find someone who isn’t affected – someone to keep her company. 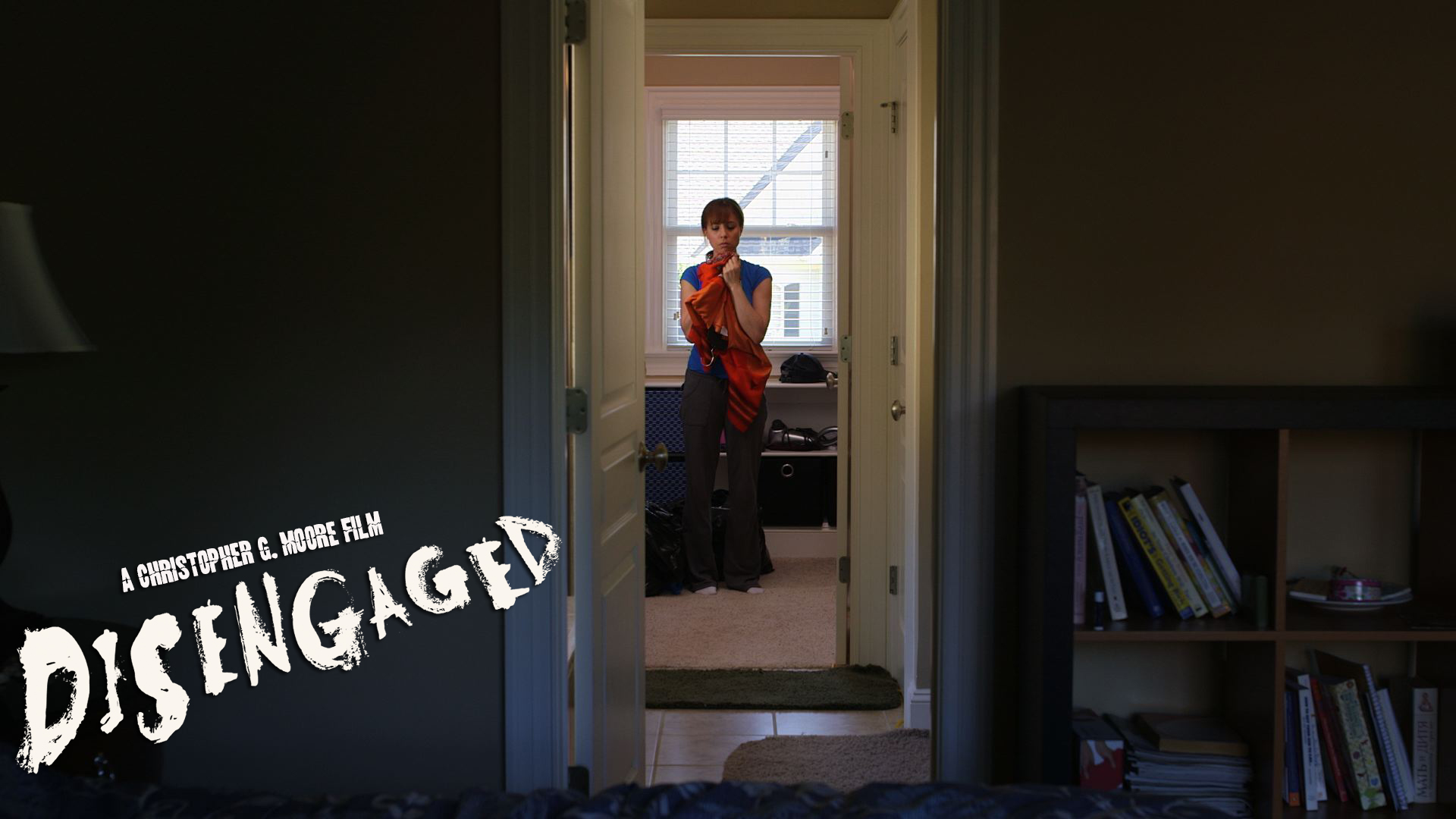 Disengaged also looks great! Cinematographer Ismail Abdelkhalek gives the proceedings a suspiciously happy glow, a glow that belies all of the loneliness Wendy is experiencing. Moore also used a drone with a camera attached to it for a few aerial shots that give the film a bit of scope that’s not the norm for a low budget short film like this one is. The make up FX (By Mariah Smith & Angela Pritchett of Bioduckfx) are suitably gross, yet oddly they add a sense of empathy to the characters as well. In fact, it’s obvious that Disengaged is a true labor of love from all involved. It’s one of the most accomplished short films I’ve ever seen and I cannot wait for what Mr. Moore has in store for us with his next film.