Home | The Hunger For Retro Horror

The Hunger For Retro Horror 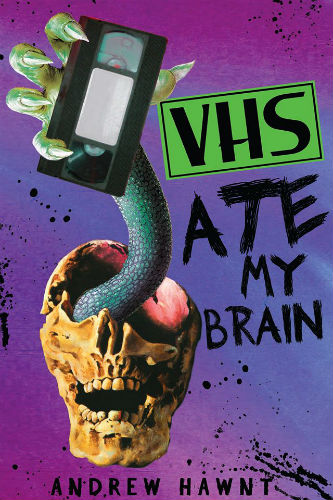 The hunger for vintage and retro horror movies and horror culture has fascinated a large chunk of the horror community for a number of years now, and since I recently put out a book on the VHS rental era and the burgeoning horror VHS collecting scene I’ve discovered just how deep that hunger for classic scares goes. Since the release of VHS ATE MY BRAIN in March, I’ve had all manner of messages from horror fans from around the world, recounting their own experiences with video stores, tape collecting and cult horror movies.

This had me wondering why this interest is growing so fast right now, and not just with fans who grew up with the old school horrors.

A lot of younger genre fans are discovering the decades of movies which came before their own generation and appreciating the films which built the foundations of the genre they love. Does this reflect badly on the current crop of horror movies out there? Possibly. There is so much modern content being released all the time from studios and distributors both large and small that perhaps people can feel a little swamped and unsure of what to put down hard earned cash for.

With older films there’s already a track record. People already know if things are good or bad (or so-bad-they’re-good), which perhaps some newer films can’t compete with. Or maybe it’s more of a kitch thing, with the vintage designs and production values offering an entertaining look at a more simplistic era of cinematic genre fare. In addition, there is a massive amount of love for older titles, built up over decades by legions of fans who grew up with them. Those older films have already proven themselves time and again and offer a great deal to viewers even now.

Horror has certainly changed over the years as a genre, with the current wave of movies offering a level of realism – and often brutality – that was never present in those older films. Perhaps the stylised violence and villains of eras gone by offer more escapism. Perhaps they feel less complicated, less mundane. Or maybe people just want to see the classics before they get brought back as hollow throughaway remakes. 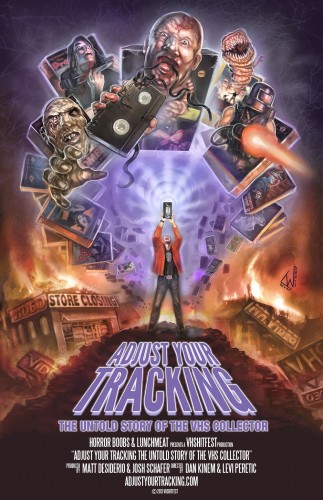 In addition, the flow of retro themed new releases continues, with pretty much every single title ever made now available to own on disc or available to stream. New limited releases on VHS are also out there for that genuine retro vibe, boasting artwork which perfectly captures the aesthetic of the rental era. In addition, documentaries like ADJUST YOUR TRACKING and REWIND THIS have been opening a lot of eyes to both the past and the present of classic films and formats.Whatever the reason behind the ongoing rise in interest in retro horror, fans are now able to delve deep into what has become in ever greater quantities. Plus, there is so much content out there to enjoy, fans won’t run out of classic material to explore for a long time yet. Magazines such as Lunchmeat VHS Magazine along with Facebook groups like Horror VHS Collectors Unite all contribute to this growing fascination with the past in different ways.

The craving for classic horror is something which is pretty much as old as the genre itself, but does that hunger feed the genre or hold it back?

Your thoughts are most welcome.